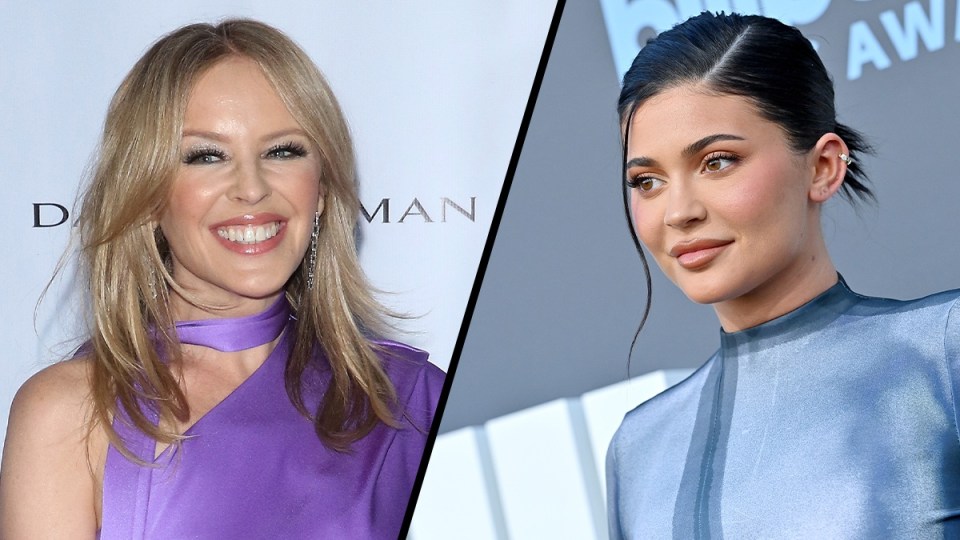 Kylie Minogue said it was "just business" when she blocked Kylie Jenner from trademarking her first name. Photo: Getty

Kylie Minogue has opened up about her spicy legal battle with Kylie Jenner, in which she blocked the reality TV star from trademarking their shared first name.

In 2014, before Jenner launched her now-million-dollar beauty brand, she applied to trademark ‘Kylie’ for “advertising” and “endorsement services” in the US.

Unfortunately for Jenner, Minogue wasn’t having a bar of it.

In 2016, Minogue filed a notice of opposition that argued granting Jenner the trademark would “violate and diminish the prior and superior rights of” Minogue and likely cause confusion, damaging her brand.

It said Minogue would sell perfume, clothes and other products with the name ‘Kylie’ on the branding. She has also owned the website domain kylie.com since August 1996 (Jenner was born in 1997).

Jenner, meanwhile, was described as a “secondary reality television personality who appeared on the series Keeping Up With The Kardashians as a supporting character” to half-sisters Kim, Khloé and Kourtney Kardashian.

The US Patent and Trademark Office eventually rejected Jenner’s application, giving the victory to Minogue.

And then Minogue launched a beauty line named – you guessed it – KYLIE in 2019.

As part of her American press tour to promote her namesake wine, Minogue appeared on Watch What Happens Live with Andy Cohen on Tuesday, where she was asked about the lawsuit.

Minogue has spoken very little about the legal battle, but she did tell Rolling Stone in 2018 that it “was nothing personal at all”.

“I’ve spent a lifetime protecting my brand and building my brand so it was just something that had to be done.”

“Yes it did!” Cohen exclaimed, and high-fived Minogue.

Emphasising that it was “just business”, the singer said she “came to an agreement” with the Jenner/Kardashian clan out of court and that was that.

“Yes you did,” Cohen replied cheekily.

The host asked if Minogue had spoken to Jenner/Kardashian matriarch and momager, Kris Jenner, during the process to which she answered, “No, but I’d love to meet them”.

Minogue also appeared on Late Night with Seth Meyers to promote her wine and, while there, spoke about her return to Ramsay Street for the Neighbours series finale.

In the late ’80s, she famously starred as Charlene Mitchell opposite Jason Donovan as her husband Scott Robinson, who is also returning for the finale.

Minogue credited her time as Charlene as a “large part of how I entered into the music industry”. Perhaps that is why she “felt quite a bit of pressure” to return for the last hurrah.

But with such a busy schedule, Minogue couldn’t spend very long at Ramsay Street.

As the Herald Sun reported last week, Channel 10 had to use some TV magic (body doubles) for both Minogue and Donovan.

“As with most TV and films there are doubles/stand-ins used for various reasons,” a spokesperson confirmed.

The Neighbours series finale will air on August 1.

‘Had to be done’: Kylie Minogue addresses famed trademark battle with Kylie Jenner