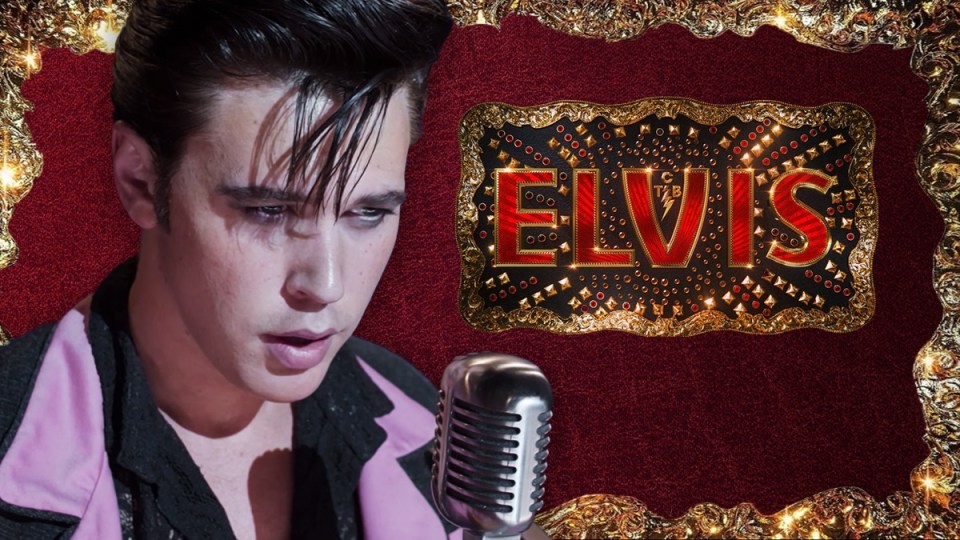 Austin Butler has been in the TV and movie business since he was a teenager, but Elvis took him to the next level. Photo: IMDB, Unsplash and TND

A few years ago, US actor Austin Butler was a teenage heartthrob, melting hearts all over the world in The Carrie Diaries.

Next year, without a doubt, the talented guitarist and pianist who grew up in Anaheim (near Disneyland), will walk the red carpet of a different kind … in downtown Hollywood on March 12 for the 95th Academy Awards … on his way to receive an Oscar for best actor in a musical.

It’s a long way off, but his “haunting portrayal” of the rock-and-roll legend makes him a frontrunner.

“Austin Butler channeled and embodied my father’s heart and soul beautifully … in my humble opinion, his performance is unprecedented and finally done accurately and respectfully,” Elvis’s daughter Lisa Marie Presley wrote on Instagram.

“If he doesn’t get an Oscar for this, I will eat my own foot.”

During Butler’s Sydney press tour, the actor revealed he and Luhrmann had met Elvis’s ex-wife Priscilla, 77, before production began.

Butler said two comments of hers stuck out to him: That he had “big shoes to fill”, and that he had “a lot of support”.

“There were all these sort of unsaid things [during the meeting],” Butler told Elle magazine in an interview discussing the meeting.

“It was looking into Priscilla’s eyes and seeing this woman who Elvis fell in love with so many years ago, and she was madly in love with him and still loves him to this day. She knew him better than anybody.”

After Luhrmann provided an advanced screening of the film for Priscilla and long-time Elvis colleague Jerry Schilling in April, the King’s ex-wife had nothing but praise for Butler’s performance.

“Austin Butler, who played Elvis is outstanding. Halfway through the film Jerry and I looked at each other and said WOW!!! Bravo to him…he knew he had big shoes to fill. He was extremely nervous playing this part. I can only imagine,” Priscilla wrote on Facebook.

“This story is about Elvis and Colonel Parker’s relationship. It is a true story told brilliantly and creatively that only Baz, in his unique artistic way, could have delivered.”

Addressing the audience before the film’s Melbourne premiere at Crown Casino on Tuesday evening, she said Butler had captured the essence of someone who was “an historical figure for his humanity”.

“It’s been an incredible joy seeing Austin create such a dynamic portrayal of Elvis,” she said.

And the audience agreed.

Mesmerised, they watched as Luhrmann weaved his cinematic Moulin-Rouge-esque magic and took Butler’s Elvis from a young and impressionable voyeur in overalls, writhing inside a Black gospel church housed in a tent, to a Hollywood star and Las Vegas legend.

Narrated by Tom Hanks’ Dutch puppet-master Colonel Tom Parker, who was Elvis’s manager, and interwoven with a complex array of storyboard and newspaper headlines from the 1950s right up until Elvis’s death in 1977, the film soars on the back of Butler’s impressive performance.

“I couldn’t take my eyes off Austin Butler. I felt like one of the squealing girls in the movie,” said one audience member, who had arrived early with popcorn and complimentary champagne.

Another echoed the sentiments of many as the lights came on after two-and-a-half hours of cinema time: “Elvis is an incredible film, albeit sadder than initially expected. Butler’s performance is a standout.”

And this, from one fan who wore a black velvet Tuxedo to the opening night: “Austin Butler was great – he moved and talked like Elvis and brought some welcome intensity to the film”.

How Butler was cast, and how he prepared like a ‘detective’

It’s far from the first time a Hollywood star has been asked to fill the shoes of a towering cultural figure – think Kristen Stewart as Princess Diana in Spencer, Taron Edgerton as Elton John in Rocketman, or Joaquin Phoenix as Johnny Cash in Walk the Line, to name a few.

They all prepare differently.

In an April cover story for Vogue, Butler recounts the moment he knew what to put in his audition tape when he heard Luhrmann was working on a script.

Butler’s mother died when he was 23 years old – the same age Elvis lost his mother Gladys (played by Helen Thomson) – but then one day he woke up from a nightmare thinking his mother was still alive, but dying.

“It felt so fresh and painful,” Butler said.

“I thought he probably had nights where he woke up from nightmares like this. So what can I do with that?”

In his dressing gown, he headed for the piano and “just started fiddling”.

“I’d been practicing Unchained Melody for a while, but I’d always been singing it to a lover,” Butler said.

“That night, I sang it to my mom. I wasn’t trying to look and sound like Elvis.

“I wasn’t trying to do anything but take that emotion and pour it into the song.”

Luhrmann received the tape and was floored: “What I heard vocally, and more importantly, what I saw emotionally, was something that simply couldn’t be ignored”.

“From the moment I met Austin, he was carrying something of Elvis with him. He had a hint of the swagger, a touch of the sound.”

Just days before shooting started on the Gold Coast in March 2020, COVID-19 hit. Hanks and wife Rita Wilson tested positive and eventually returned home to the US before filming resumed later in the year.

He got an oceanview apartment on the Gold Coast for three months, and immersed himself in the world of Elvis, becoming a “sponge” and creating walls of pictures and stories, using string to connect the puzzle that was Elvis’ life.

“He was the American dream,” says Butler, in a recent video interview released on Tuesday by Warner Bros.

“I started with just being a sponge, reading every book that I could get my hands on, watching every image that I could find. Treating it like a detective.”

Adds Luhrmann in the same clip: “That’s an amazing thing, but it’s also problematic when it comes to exploring his life. Elvis said, it’s very hard to live up to an image … And Austin went on an extraordinary three-year journey to discover the human being.”

“No matter what the scene was –  he’s up on stage, performing, singing, full on, full tilt, the close-to-the-best dedication was impressive right off the bat.”

So what’s next for the rising star?

Some might say it’s taken Butler 17 years to become an overnight star.

He started out with guest appearances on Disney and Nickelodeon teen TV series and motored along in roles in family adventure movies such as Aliens in the Attic (2010) and Sharpay’s Fabulous Adventure (2010).

Then came ABC Family series Switched at Birth and The Carrie Diaries and stage productions, before a small role in Quentin Tarantino’s film Once Upon a Time in Hollywood (2019), as a fictional version of the infamous Manson family member Tex Watson.

That same month, Luhrmann closed the deal with him on Elvis.

According to IMDb, Butler is filming a TV miniseries Masters of the Air and has been cast in the 2023 blockbuster Dune: Part Two, which is in pre-production.