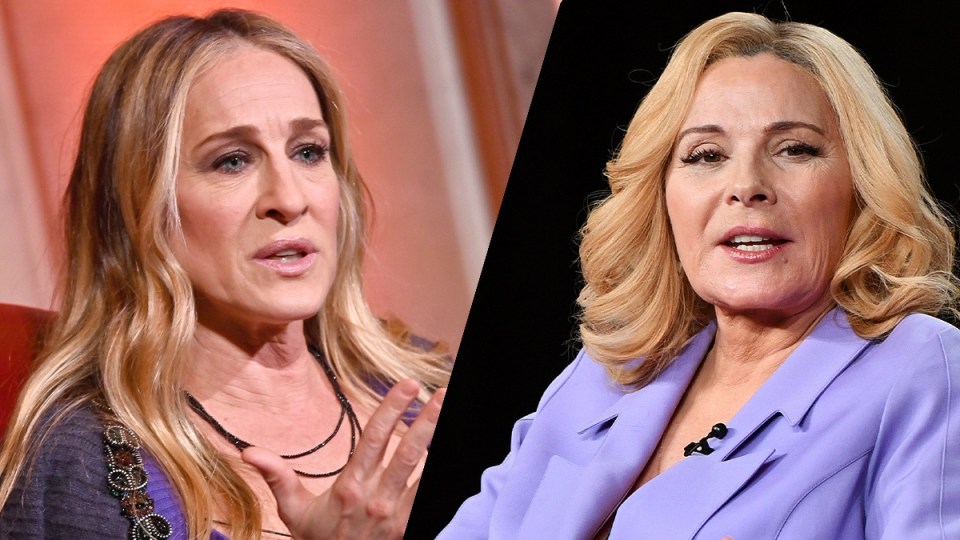 Sarah Jessica Parker has addressed her rift with Sex and the City co-star Kim Cattrall, saying there is “no public dispute” because only “one person [has been] talking”.

Parker starred alongside Cattrall, Kristin Davis and Cynthia Nixon in the HBO series for six seasons and two follow-up films.

The actors, sans Cattrall, went on to star in the spin-off show And Just Like That … (2021), reigniting interest in the apparent falling out between Cattrall and the main cast, especially Parker.

Cattrall, on her part, has made it clear how she feels about her former co-stars.

SJP tells her side

The 57-year-old, who had previously remained relatively tight lipped about the subject, spoke at length about her difficult relationship with Cattrall on the Hollywood Reporter podcast, Awards Chatter.

“It’s pretty simple, you know? I’ll be clear as I can. It’s very hard to talk about the situation with Kim because – I’ve been so careful about not ever wanting to say anything that is unpleasant,” she said.

But Parker explained she wanted to clarify what happened, that their rift is not the two-way “catfight” that people, specifically the media, have portrayed it to be.

“There has been no public dispute or spat or conversations or allegations made by me or anybody on my behalf. I wouldn’t do it. That is not the way I would have it. So I just wish that they would stop calling this a ‘catfight’ or an ‘argument’,” she said.

“There has been one person talking.”

A third Sex and the City film was dramatically canned in 2017, despite a completed script.

Reports from the time suggested Cattrall was the film’s undoing because she wanted Warner Bros, which would have financed and distributed the film, to approve her other projects.

Cattrall has vehemently denied this, tweeting that her only “demand” was to not do the film. She wanted out.

“They didn’t feel comfortable meeting where she wanted to meet, and so we didn’t do the movie because we didn’t want to do it without Kim,” Parker recalled.

“I never would have disputed that because, frankly, that’s not my business. Were we [she and co-stars Davis and Nixon] disappointed? Sure. But it happens.”

When the Sex and the City spin-off And Just Like That … went into pre-production, Cattrall was written out of the story to respect her wishes.

“We did not ask her to be part of this because she made it clear that that wasn’t something she wanted to pursue, and it no longer felt comfortable for us, and so it didn’t occur to us,” Parker explained.

“That’s not ‘slamming’ her, it’s just learning. You’ve got to listen to somebody. If they’re publicly talking about something and it doesn’t suggest it’s some place they want to be, or a person they want to play, or an environment in which they want to be, you get to an age where you’re like, ‘Well, we hear that’.”

That isn’t to say that Parker hasn’t been hurt by Cattrall’s words.

Cattrall publicly rejected Parker’s condolences after her brother’s death in 2018, writing in an Instagram post that she doesn’t need Parker’s love or support.

Parker told THR that she has worked hard to always be a decent person to whomever she works with, both as an actor and as a producer on set.

“And there just isn’t anyone else who’s ever talked about me this way, so it’s very painful.”