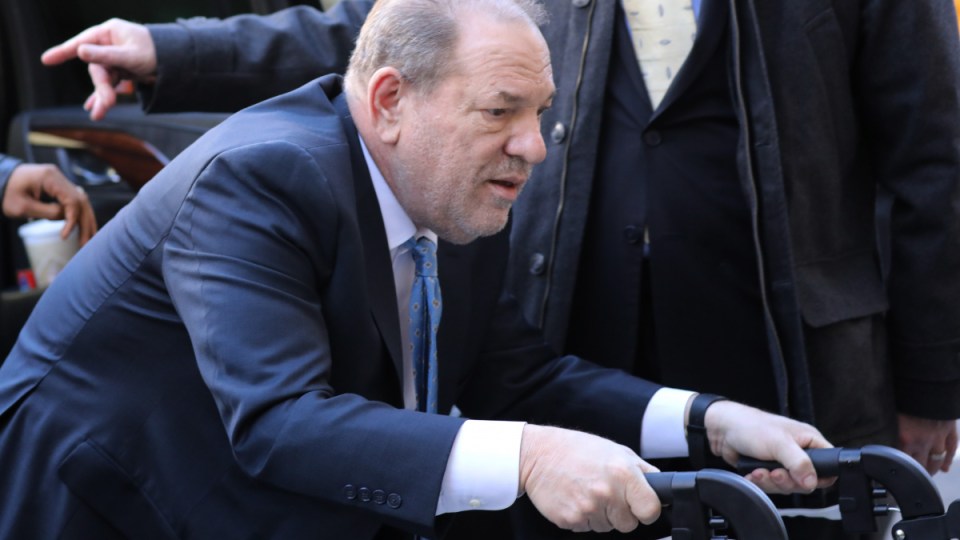 Harvey Weinstein's rape conviction has been upheld by a US court. Photo: Getty

“We reject [the] defendant’s arguments, and affirm the conviction in all respects,” a unanimous five-judge panel of the Appellate Division in Manhattan said on Thursday, finding no errors that would warrant overturning Weinstein’s conviction or sentence.

Juda Engelmayer, a spokesman for Weinstein, said the disgraced movie mogul would appeal the decision to New York state’s highest court, the Court of Appeals.

“We are disappointed and sad for Mr Weinstein,” Mr Engelmayer said.

The verdict was considered a landmark in the #MeToo movement where women came forward to accuse dozens of powerful men of sexual misconduct. Many view the accusations against Weinstein, which surfaced in 2017, the key spark for that movement.

He made seven arguments for overturning his conviction, including that rape charges were based on insufficient evidence.

Manhattan District Attorney Alvin Bragg, whose predecessor Cyrus Vance first criminally charged Weinstein, welcomed Thursday’s decision, and said he was “grateful to the brave survivors in this case for their remarkable courage and candour.”

Weinstein is jailed in California, where he was extradited last year. He is awaiting trial on 11 charges of alleged misconduct toward five women in Beverly Hills and Los Angeles between 2004 and 2013.

Weinstein had pleaded not guilty to rape and sexual assault charges in Los Angeles. His lawyers there have argued that some of the charges should be thrown out because the statute of limitations had expired.

Motorists face $2 petrol for months to come as oil-price plunge fails to deliver bowser relief
What happens next for Johnny Depp and Amber Heard as celebrity trial of the century ends?
Today's Stories