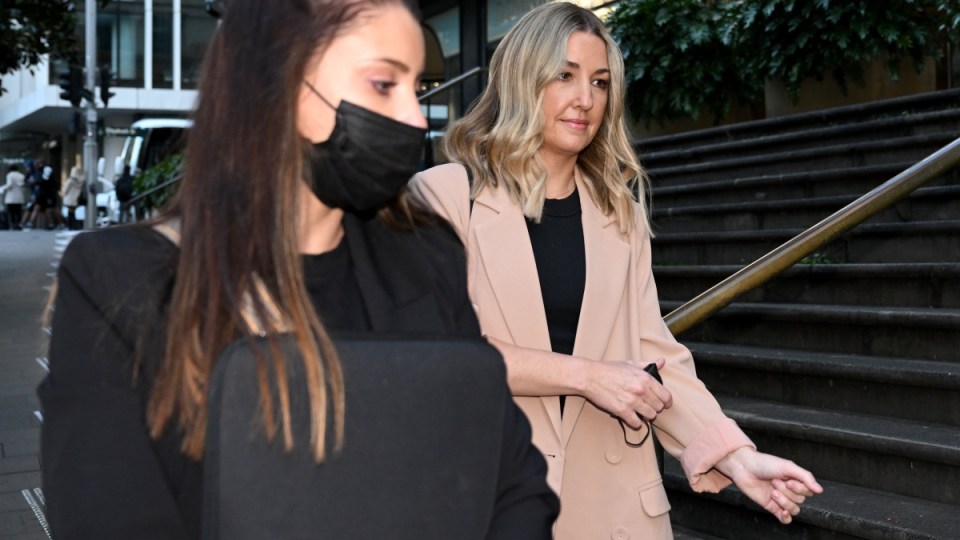 Jules Sebastian (right) is testifying at the trial of her pop singer husband's manager. Photo: AAP

A groom who hired Guy Sebastian to sing at his Venice wedding has denied seeking to support him by giving untrue evidence at the embezzlement trial of the pop star’s former manager.

Christian Bugno testified he spoke to Sebastian about the wedding transaction many years ago, but later told the jury the singer texted him on May 23 at 12.27am Las Vegas time.

Sebastian, whose cross-examination at the trial continued on May 24, began a chain of texts to him with one saying: “Brother sorry but this is so urgent cause I’m in court”.

The 49-year-old has pleaded not guilty to 50 charges including fraudulently embezzling money allegedly owed to Sebastian through royalties and performance fees.

The pop singer’s wife, Jules Sebastian, will be cross-examined on Friday after giving short evidence late on Thursday about being an ambassador for a couple of months in 2015 for an organisation called Play Kids.

She agreed she was to be paid $15,000 and was referred to an email from Day that referred to the first payment of $6403.25, an amount she agreed was paid into her bank account.

Mr Bugno testified he initially repeatedly contacted a company called Vogue Entertainment to arrange for Sebastian to perform at his 2016 wedding in Venice.

But when he had no response, he contacted the singer directly.

He said he did not receive any invoice from Vogue but paid the performance fee to Day’s company, Six Degrees.

Mr Bugno said he also was involved in paying business-class flights to Venice for Sebastian and Day.

The trial was briefly adjourned when Mr Bugno revealed he had a trail of emails with Vogue Entertainment sent over a four-month period about wanting to hire Sebastian for his wedding.

“Have you spoken to Mr Sebastian about this?” Day’s barrister Dominic Toomey SC asked.

“My communication with Mr Sebastian was many years ago when I had first moved to Vegas,” he replied.

“I said if I can support any time, I would be happy to support with providing evidence.”

But he later said Sebastian had contacted him about a week ago and held up his mobile phone showing their exchanges, which began on May 23.

After writing he was in court, Sebastian asked was there any way Mr Bugno could find out who paid for Day’s flight to Venice.

“Thanks bro, this is amazing timing. I’ll call you once this is done and I’m finished giving evidence,” Sebastian said.

Mr Toomey referred the witness to his earlier evidence when he said he had not communicated with Sebastian about this matter.

“That was not true,” the barrister said.

Mr Bugno agreed but said he had not understood the question and apologised, saying he understood he was being asked about his initial conversation with Sebastian “back then”.

“I was flustered with the situation,” he said.

“It was untrue because you were here seeking to support Mr Sebastian,” Mr Toomey said.