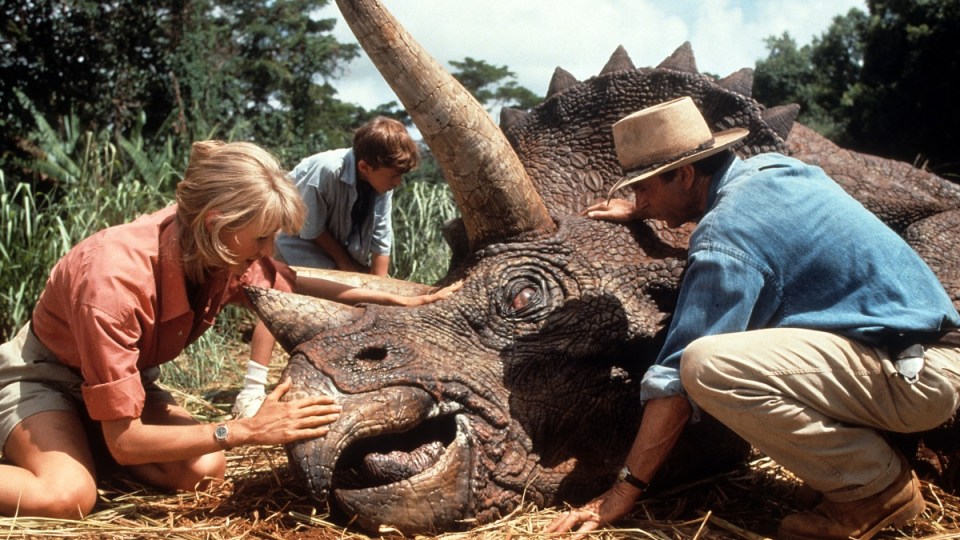 Sam Neill and Laura Dern have spoken out about their romance in the original Jurassic Park, with the Kiwi star revealing it took being labelled as an “old geezer” for him to even notice the 20-year age gap.

The pair, who have reprised their roles as palaeobotanist Ellie Sattler and palaeontologist Alan Grant in Jurassic World Dominion, reflected on Steven Spielberg’s decision to cast them opposite each other as love interests in the 1993 original film.

“Which at the time was a completely appropriate age difference for a leading man and lady. It never occurred to me until I opened a magazine and there was an article called ‘Old Geezers and Gals’. People like Harrison Ford and Sean Connery acting with much younger people. And there I was, on the list. I thought, ‘Come on. It can’t be true’.”

Ford starred in Six Days, Seven Nights in 1998 opposite Anne Heche – when he was 55 and Heche was 29. Connery was 39 years older that Catherine Zeta Jones in the 1999 movie Entrapment.

Academy Award-winner Dern, for her part, said the age gap “felt completely appropriate” at the time.

“Well, it felt completely appropriate to fall in love with Sam Neill. And it was only now, when we returned in a moment of cultural awareness about the patriarchy, that I was, like, ‘Wow! We’re not the same age?,'” the actor, now 55, said.

Neill also told of how he was confused when director Steven Spielberg decided to cast them together.

“Let me talk for Laura, because this is what men do in the patriarchy,” he said.

“Laura was a tender age. I’m guessing … 23? And she was already an exciting actor – she had done David Lynch films. It was no surprise she was asked. But I was completely baffled to be called by Steven. I didn’t get it.”

Dern and Neill return in the new movie with another co-star, Jeff Goldlum for 2022’s Jurassic World Dominion.

Goldblum, 69, told People magazine that the trio “totally fell back into step” while filming the sixth instalment in the Jurassic Park franchise, which is based on the novels by Michael Crichton.

“We had such a close experience on the first one, and they’re of course two of the greatest actors of our time in the world. And so I loved it,” he said last month.

“We’ve stayed in touch over the years, but that was so exciting.”

After more than a decade as Thor, Hemsworth still embracing his hammer and humour
Johnny vs. Amber: Two-part documentary set to air as defamation trial concludes
Today's Stories