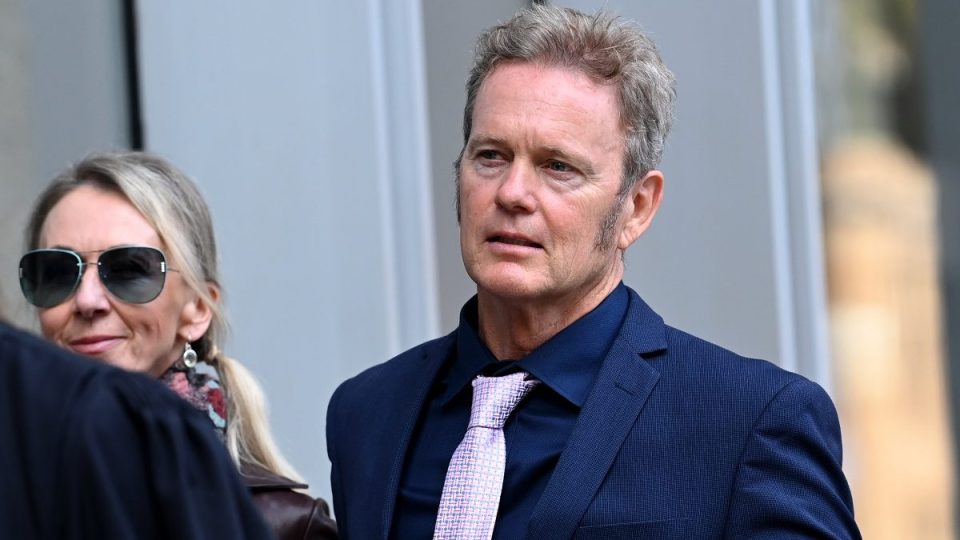 Craig McLachlan has dropped his defamation case just as witnesses were due to testify about sexual assault and harassment claims made against him.

The actor had sued the ABC, Fairfax and former co-star Christie Whelan Browne in the NSW Supreme Court over the claims relating to female performers in the 2014 stage production of The Rocky Horror Show.

His case finished on Thursday and the defendants were due to begin calling their witnesses on Friday.

But Acting Justice Carolyn Simpson discharged the jury on Friday, after the actor’s barrister Kieran Smark SC applied for leave to discontinue the proceedings.

She told the jurors there had been “a significant development” in the case with the actor deciding not to proceed further.

In a statement shortly after, 56-year-old McLachlan said the case had put an “utterly overwhelming” strain on him and his family.

“I cannot continue to place my family under that strain, and my own mental health will not withstand the continuing pressure,” he said.

“Ending the case now will finally bring to an end the four years we have endured since the publications were first made, as well as avoiding the need for other witnesses to have to endure the cross-examination process.

“Along the way, I have been through a criminal trial, in which I was acquitted of all charges which were brought against me, and I look forward to restoring my health and spending more time with friends and family who have stood by me through this process.”

In a statement, ABC news director Justin Stevens said it was a “tremendous result for the women who were brave enough to come forward and tell their stories, particularly Christie Whelan Browne”.

“They would not be silenced. It is crucial that defamation laws also not be used to silence the media in reporting accurately and with integrity on matters of public interest.

Whelan Browne’s lawyer, Martina Olsen, read a statement on behalf of her client outside court, saying she had suffered abuse and threats since coming forward in 2018.

“My name was dragged through the mud and my character and own behaviour was exaggerated and called into question,” she said on behalf of the actor

“I have lost my feeling of safety in the world knowing someone wanted so badly to damage me for simply speaking the truth.

“I am pleased this claim has been withdrawn and I look forward to moving on with my life.

“I hope this is a reminder that women will stand up for themselves and each other, even when threatened by somebody more powerful.”

McLachlan had been accused of touching, kissing and groping actresses without permission in the Rocky Horror stage production, Neighbours, City Homicide, and The Doctor Blake Mysteries.

But he denied the allegations in the publications, and accused Whelan Browne and two other women of approaching the media for notoriety or money.

His partner Vanessa Scammell testified her husband was “sucker-punched” by the articles, becoming a recluse, afraid to answer the phone and would surf at night to avoid being seen.

During his opening remarks to the jury on May 9, Mr Smark described the trial as significant for his client, saying it was a case about a “double-pronged attack made on him by two powerful media organisations”.

The media outlets were defending the claims on the basis of truth.

In 2020, a Melbourne magistrate cleared McLachlan of indecently assaulting women during The Rocky Horror Show but described the actor as an unimpressive witness.

He was acquitted of seven counts of indecent assault and six of common law assault against four women during a run of the musical in Australia.

The magistrate described McLachlan’s accusers as brave and honest, but it was not enough to prove the incidents amounted to assault.