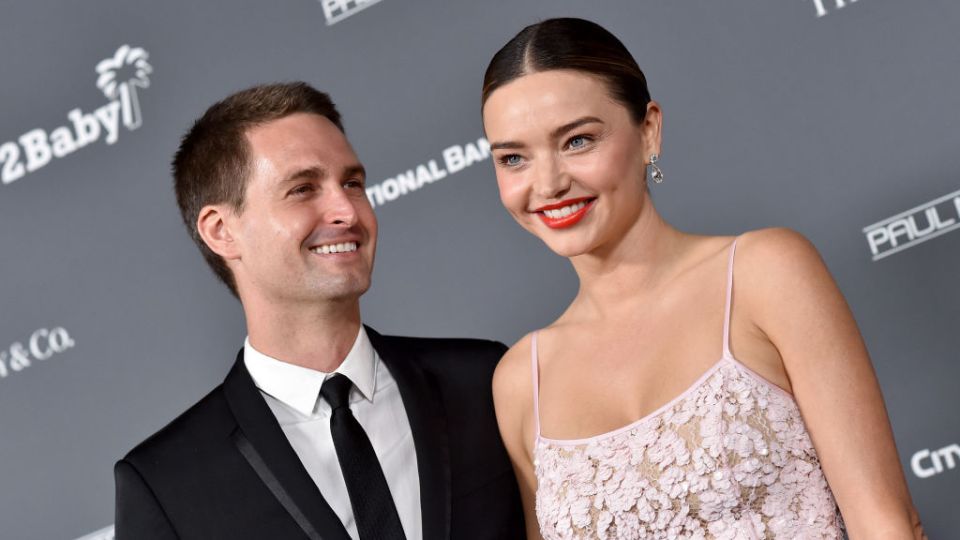 The donation, made through the Spiegel Family Fund, will wipe clean student debt for 284 graduates. Photo: Getty

Australian supermodel Miranda Kerr and her Snapchat co-founder husband Evan Spiegel will pay off millions of dollars worth of college debt for US students.

Kerr and Spiegel were special guests at a graduation ceremony at Otis College of Art and Design in Los Angeles on Sunday (local time), where both collected honorary degrees.

Shortly after the 284 graduating students collected their diplomas, they were told that Kerr and Spiegel would complete paying off their student loans – a gift thought to be worth more than $US10 million ($14 million).

“We know that for most of you and your families, the shared burden of student debt is a heavy price that you paid for an exceptional Otis College education,” he said.

“We understand that this debt can compromise your future and limit your creative ambitions. We do not want to see this happen.”

“We are pleased to announce today that Evan and Miranda, through their Spiegel Family Fund, have made the largest single gift in the history of Otis College. Their gift will enable you to pay your student loans.”

While Mr Hirschhorn did not disclose the exact value of the donation, he said it was the largest in the school’s 104-year history, topping the college’s previous record donation of US$10 million.

Parents of graduates shared their thanks on social media.

“As parents of a graduate, we are so appreciative of Miranda Kerr and Evan Spiegel’s generous gift. We will never forget this,” one wrote.

“My son will benefit from this generous blessing of a gift! We are unbelievably grateful,” another commented.

“Our family is so grateful for your generosity – thank you so much, Miranda and Evan!”

Spiegel, 31, became the world’s youngest billionaire in 2015 after the success of his app, Snapchat.

He co-founded the social media platform in 2011 along with two former Stanford University classmates.

Now reportedly worth US$13.8 billion ($19.7 billion), Spiegel went to Otis College during high school, telling the graduating class how the college’s summer classes “changed my life”.

“It changed my life and made me feel at home. I felt pushed and challenged to grow surrounded by super talented artists and designers, and we were all in it together.”

Australian-born Kerr, 39, is a supermodel-turned-businesswoman.

Originally from Sydney, Kerr modelled for major fashion labels, including Victoria’s Secret, but has kept a lower profile since marrying Spiegel in 2017.

Across the US, students owe a collective US$1.75 trillion ($2.5 trillion) in loan debt.

President Joe Biden has forgiven US$16 billion ($22.9 billion) in federal student loans for select borrowers– and is considering broadening it further.