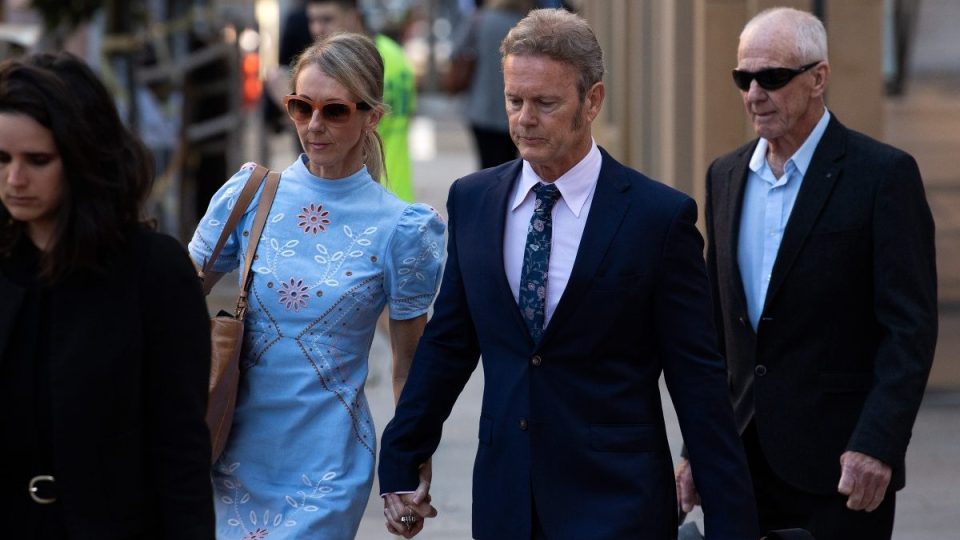 An actor involved in The Rocky Horror Show feared that Craig McLachlan could take his life after media reports of sexual assault and harassment during the production’s 2014 run, a jury has heard.

Giving evidence from the UK on Tuesday, actor Kristian Lavercombe, 46 described how he kept McLachlan, 56, company on the evening that reports from the ABC and Fairfax were published in January 2018, saying he was “on a bit of a suicide watch”.

“He seemed to have aged about 30 years overnight. He looked very frail and yeah he was kind of in shock,” Lavercombe told the NSW Supreme Court.

Mr Hodge accused Scammell of fabricating evidence and exaggerating the number of times she had attended The Rocky Horror Show in an attempt to bolster her husband’s denials of the reported allegations.

“The reason that you’re making this up is to try to protect Mr McLachlan,” the barrister asked.

“No,” said Scammell after long pause.

While giving evidence she had been in attendance in her husband’s dressing room for “90 to 95 per cent” of the show’s Melbourne run, the jury was shown texts from Scammell to Whelan Browne in June 2014 saying she had “hardly been” to the theatre at the time.

Lavercombe also testified about how Rocky Horror cast member Christie Whelan Browne, who accused McLachlan of commenting on her white knickers and “slit” in 2014, teased other cast members about their talent and appearance at the time.

Lavercombe said Whelan Browne and McLachlan had a similar sense of humour and would often play pranks by “goosing” each other. This meant pinching someone else’s buttocks, the actor explained.

Whelan Browne was accused of “running down” another actress Erika Heynatz by saying she looked like a “tranny” and had “man-hands”.

“Erika’s quite tall so she was always insinuating she looked like a man, but saying it as a joke,” Lavercombe said.

Heynatz and Whelan Browne had a falling out during the show after management gave Heynatz the larger dressing room in Perth.

Lavercombe said Whelan Browne had also made fun of another actress, saying she wasn’t talented enough to play the main role of Janet in The Rocky Horror Show.

This other actress, who cannot be named, played Janet while Whelan Browne took time off during the 2014 run.

Lavercombe recounted an environment during the production where actors and actresses would frequently hug and kiss each other, drape their arms over other cast members, and sit on each other’s laps.

The actor said he had heard Heynatz joke about leaving a “snail trail” on McLachlan’s legs after sitting on his lap for a photo-shoot.

McLachlan is suing the ABC, Fairfax and Whelan Browne for defamation over two articles published in January 2018 which accuse the actor of touching, kissing and groping actresses without permission in The Rocky Horror Show, Neighbours, City Homicide, and The Doctor Blake Mysteries.

Actor feared for McLachlan after articles