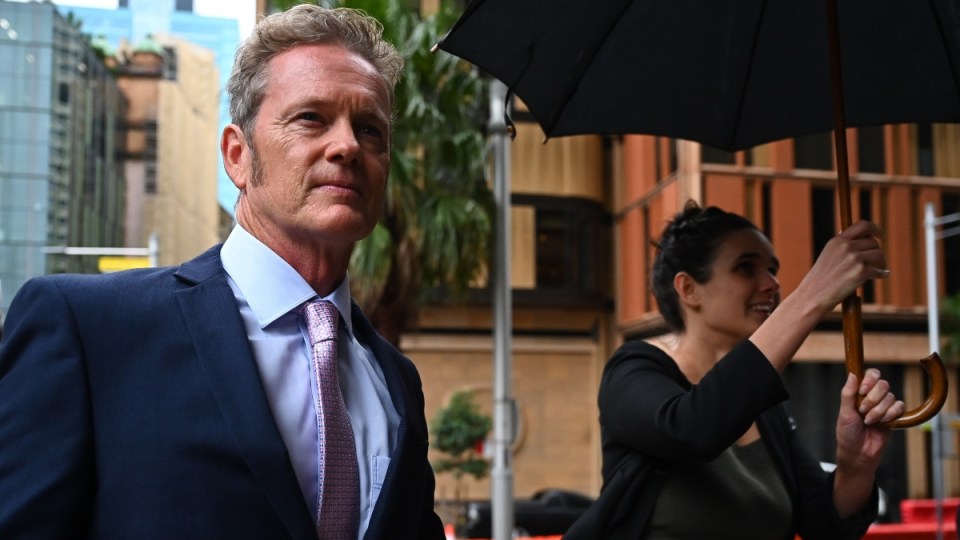 Actor Craig McLachlan has been accused of deliberately lying about giving “air kisses” to actresses while out of sight of the audience during a bed scene in The Rocky Horror Show.

In the Federal Court on Thursday, McLachlan, 56, was grilled about seemingly conflicting accounts of whether he continued to kiss the body of whichever actress played the character of Janet during the scene after he had disappeared under the bedsheets.

After McLachlan claimed he made air kisses for comedy, defence barrister Michael Hodge QC accused the actor of making the story up after seeing video footage of him continuing to make kissing sounds after he had dropped down under the covers.

“No, it’s not,” McLachlan replied.

McLachlan is suing the ABC, Fairfax, and actress Christie Whelan Browne, 39, for defamation over publications in January 2018 relating to claims of misconduct during the 2014 production of The Rocky Horror Show and other productions.

McLachlan admitted “jokingly” kissing Whelan Browne once on the hips while underneath the bedsheets after scrambling to find his dropped prop e-cigarette.

“It was quite a funny moment,” he told the jury.

He denied pulling back Whelan Browne’s underwear and kissing her buttocks during that same scene, saying the move was physically and temporally impossible.

“You were using the bed scene with Janet as an opportunity to kiss and touch the bodies of the women playing Janet, weren’t you,” Mr Hodge suggested.

“Certainly not,” the actor replied.

McLachlan has admitted giving one Rocky Horror cast member, who cannot be named, a “quick playful peck” on the lips and kissing another actress, Erika Haynatz, 47, on the lips after saying he was infatuated with her and had fallen in love with her.

The jury was told of a feud in which Whelan Browne was accused of bullying Haynatz and making the 2014 Rocky Horror production “unbearable”. McLachlan claimed he kissed Haynatz in a visit to her dressing room to comfort her while his partner Vanessa Scammell was in the theatre.

When the actor said he had not informed theatre management of Whelan Browne’s apparent behaviour towards Haynatz, including saying she had “man hands” and looked like a man, Mr Hodge suggested McLachlan would have been a hypocrite as he had also used similar language about the actress.

Mr Hodge took the jury to a poem sent by McLachlan to Whelan Browne and his partner in early 2014 about a woman who was a “c—” and “a chick who I think had dick”.

After the actor denied the poem was about Haynatz, Hodge again accused him of giving false evidence to the jury.

After the publications, McLachlan lost the lead role of Dr Frank N Furter in The Rocky Horror Show. Future telemovies for The Doctor Blake Mysteries, where the actor played the titular role, were also put on hold.

The reports’ claims include that McLachlan called actresses into his dressing room while naked, stuck his tongue down an actress’s throat during a musical number and threatened to end her career if she complained about him, and groped a crew member’s breasts.

The defence case revolves around the testimony of 11 women who worked with McLachlan on the musical, and on other television and theatre productions.

The actor has denied the allegations and has accused Whelan Browne and two other women for approaching the media for notoriety or money.