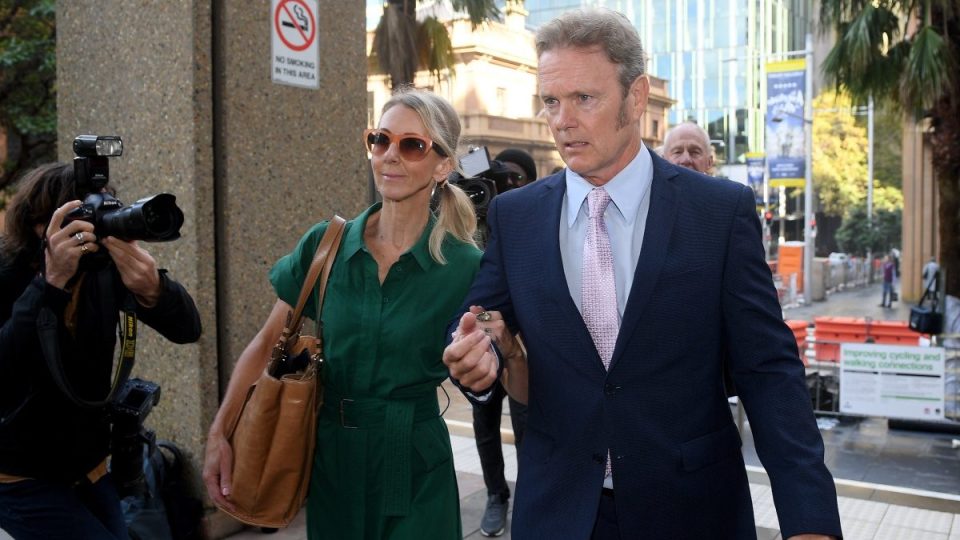 Craig McLachlan’s defamation trial against Fairfax Media, the ABC and actress Christie Whelan Browne has been played footage of The Rocky Horror Show “bed scene” where he has been accused of misconduct.

The Gold Logie winner is suing the news outlets and Whelan Browne for defamation over claims made in 2018 reports of assault, indecent assault, harassment and that he exposed himself to female cast members during a 2014 production of the rock musical.

The 56-year-old is also suing over claims about his conduct in other shows.

The media outlets are defending the claims on the basis of truth.

On Tuesday, the NSW Supreme Court jury trial was played a scene from the musical’s second act, where McLachlan, as Frank N Furter, performs underneath the covers of a king-size bed placed vertically on the stage.

The trial has been told there will be evidence from women who played Janet in the scene that the actor would “kiss down” their bodies while hidden from audience view.

McLachlan testified that in the scene he kissed the deltoid, shoulder and back of the tricep of the Janet character, but denied kissing elsewhere on the body.

Asked if he ever kissed lower than on the Janet character’s arm during the “bed scene”, McLachlan said: “No, I did not”.

He said there were physical displays of affection backstage on the production including actresses in a “comical lesbian routine”, “smacks on the bottom”, “wedgies”, “spectacular vampire kisses” and “goosing”, which he described as a “poke up the buttocks”.

Whelan Browne would flick the elastic of people’s pants, try to “whip” down cast members’ warm-up pants and talked about the penis size of Rob Mills, he said.

On one occasion McLachlan said the actress asked him: “Can you see my vag?”

Earlier, McLachlan said he met Whelan Browne on a 2005 stadium production of Grease, with him playing lead Danny Zuko and her as cheerleader Patty Simcox.

The trial has previously been told the photos showed the pair simulating sex.

Asked by his barrister Kieran Smark SC about his relationship with Whelan Browne during Grease, McLachlan replied “terrific”.

He said there were lots of laughs and “Christie and I got on fabulously well”.

In his opening, defence barrister Michael Hodge QC told the court that McLachlan behaved inappropriately to six women who worked on the 2014 Rocky Horror Show production, with five of those women performers and one a crew member

Another five women alleging misconduct worked with McLachlan on Neighbours, City Homicide and The Doctor Blake Mysteries, and a 2018 Rocky Horror Show production.

The court was told that the defence case included that McLachlan, in the bed scene, on one occasion “traced down” part of Whelan Browne’s vagina with his finger after telling her earlier that he could “see her little slit” through see-through stage underpants.

McLachlan, on another occasion during the same scene, pulled her stage underpants to the side and kissed her on the buttock, the barrister said.

Other actresses, one of whom cannot be identified, would tell of uncomfortable encounters with McLachlan, including him running his hand up an actress’s leg when she was on a hidden platform, and forced kissing in a dressing room, Mr Hodge said.