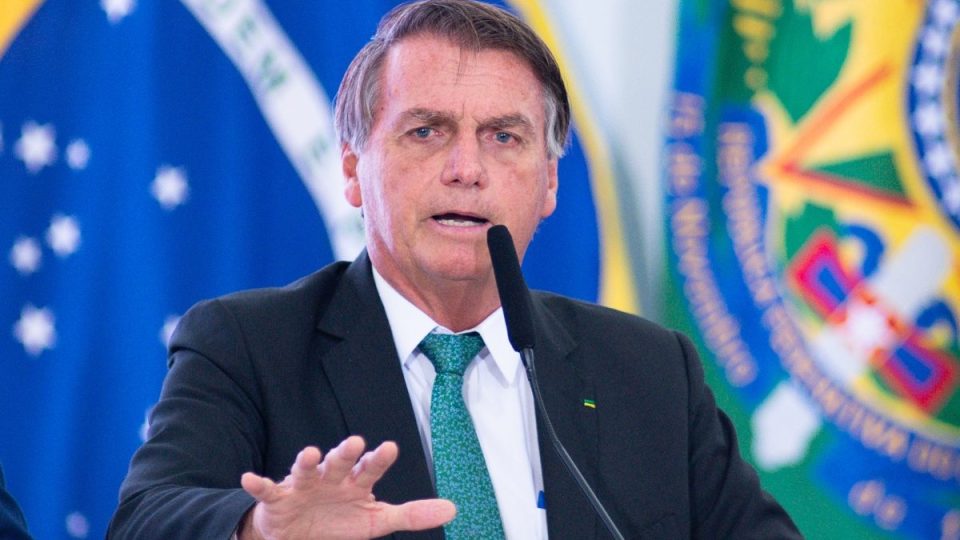 The Brazilian President has fired back at actor and environmentalist Leonardo DiCaprio for caring about the Amazon. Photo: Getty

The Brazilian president has slammed Leonardo DiCaprio, warning the actor to “keep his mouth shut”, after the Oscar winner campaigned on the importance of saving Amazon rainforest.

DiCaprio has been urging Brazilians to register to vote in their upcoming election, in the hopes it will help conserve the Amazon.

The area had been hit hard by deforestation during Brazilian President Jair Bolsonaro’s premiership.

Government satellite data shows the number of trees cut down in the Brazilian Amazon in January this year far outweighed the total for the same month last year.

The area destroyed was five times larger than 2021 – the highest January total since records began in 2015.

At Brazil’s Alvorada Palace this week, Mr Bolsonaro fired back at the Titanic actor’s social media comments and his knowledge of what was really going on in Brazil.

“DiCaprio has to know that it was the very president of the World Trade Organisation who said that without Brazilian agribusiness, the world would be hungry,” Mr Bolsonaro said on Tuesday.

“DiCaprio better keep his mouth shut instead of talking nonsense.”

It isn’t the first time the Brazilian president, who has been widely criticised for cutting environmental protections, has attacked the Oscar-winning actor’s push to protect the Amazon rainforest.

“Brazil is home to the Amazon and other ecosystems critical to climate change,” DiCaprio wrote.

“What happens there matters to us all and youth voting is key in driving change for a healthy planet.”

Bolsonaro responded to DiCaprio’s post with a sarcastic tweet, congratulating him on a “good job in The Revenant“.

“Thanks for your support, Leo! It’s really important to have every Brazilian voting in the coming elections,” he wrote.

“Our people will decide if they want to keep our sovereignty on the Amazon or to be ruled by crooks who serve foreign special interest.”

Undeterred, DiCaprio called on young people to help “build Brazil’s future” in another post, written in Portuguese. He urged them to register to vote before the cut-off.

It is not the first time the pair have clashed over environmental protections. In 2019, Mr Bolsonaro accused DiCaprio of “giving money to set the Amazon on fire”, although he gave no evidence to back up his claim.