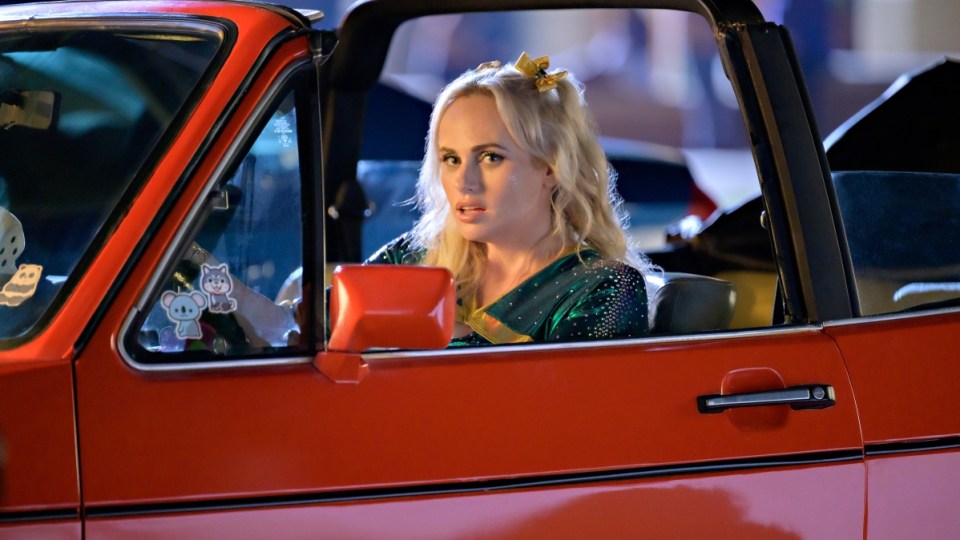 Time for a masterclass in comedy with Rebel Wilson's latest flick. Photo: Netflix

Comedic timing is everything in a decent movie, and Australian actress Rebel Wilson is bringing it home in the latest offering from streaming giant Netflix.

After hosting the British Film awards (BAFTAS) last month, Wilson is back schmoozing her fan base with Senior Year, a film where she plays a high school cheerleader who wakes up after 20 years in a coma.

She wants to return to high school and go to the prom at age 37 when she wakes.

The performance has all the elements for which Wilson became famous: Goofy-ness, a healthy dose of crude humour, and a little bit of ‘feel-good’ thrown in with an MA 15+ rating.

“The Australian accent among Americans without ever being acknowledged is comedic perfection,” wrote one enthusiastic fan.

Another said: “I love Rebel’s comedic timing, and am happy for her. Her body, her choice, her life. Happy she is back on the big screen!”

Not to mention very few actors can pull off lines like: “Madonna’s now called Lady Gaga?!” (Remember Wilson’s character has been in a coma since 2002.)

“Wow the reaction to the Senior Year trailer has been crazy!! Thanks everyone and I’m so excited for you to see the film May 13th worldwide on @netflix,” Wilson wrote in an Instagram post on April 19.

Here’s a taste of what else is available to stream in May.

We can thank Baltimore Sun reporter Justin Fenton for inspiring this limited drama series about the rise and fall of the Baltimore Police Department’s Gun Trace Task Force.

The characters in his 2021 book We Own This City: A True Story of Crime, Cops, and Corruption are real, the stories are real and the action packed into this series makes for compelling viewing.

The Wire creator David Simon is one of the project’s executive producers and writers.

The Book of Bobba Fett: Disney+, May 4

Even though its original release date was December, the first season of The Book of Bobba Fett will be replayed by Disney on Star Wars Day on May the Fourth.

It must be the month for true stories. This four-part documentary series tells the story of big-shot Kentucky lawyer Eric C Conn, who defrauded the government and taxpayers over half a billion dollars in the largest social security fraud case in United States history.

The extra entertainment value here is that an Apple TV podcast, with extra interviews and detail not included in the series, will run alongside the series.

The Wilds: Amazon Prime Video, May 6

On May 6 Amazon will release the second season of The Wilds, a drama series that follows a group of teenage girls stranded on a deserted island as part of an elaborate social experiment.

The extra spice this season is the addition of an island of teenage boys.  And it’s worth clocking in as it stars Australian actress Rachel Griffiths.

Super Pumped: The Battle For Uber: Paramount+, May 12

Emmy winner Joseph Gordon-Levitt (The Trial of the Chicago 7) plays Uber CEO Travis Kalanick – and if you get hooked by the end of the first episode you can watch the remaining six on the same day.

Based on Mike Isaac’s best-selling book of the same name, the series tracks Kalanick’s tumultuous relationship with mentor Texan Bill Gurley (played by Kyle Chandler) – with Hollywood darling Uma Thurman (Kill Bill, Pulp Fiction) starring as Arianna Huffington, the savvy businesswoman and co-founder of The Huffington Post who sits on Uber’s board.

The Menzies Movies: Fox Docos, May 18

It is told through restored home movies captured by Sir Robert on his own 16mm camera, and contains notes from his diaries and interviews with his family.

The Time Traveler’s Wife: Binge, May 16

This new six-episode drama series, starring Rose Leslie (Game of Thrones) and Theo James (Divergent), is an intricate and magical love story adapted by Steven Moffat from the novel by Audrey Niffenegger.

It tells the story of married couple Clare and Henry who must overcome an unusual problem: Time travel.

The official synopsis is this: “Now & Then is a multi-layered thriller that explores the differences between youthful aspirations and the reality of adulthood, when the lives of a group of college best friends are forever changed after a celebratory weekend ends up with one of them dead”.

“Now, 20 years later, the remaining five are reluctantly reunited by a threat that puts their seemingly perfect worlds at risk.”

Academy Award nominees Marina de Tavira and Rosie Perez star in the series, with Apple TV+ dropping three out of the eight episodes on launch day.

Starring Academy-award winner Sissy Spacek and JK Simmons (Being the Ricardos), this science fiction thriller will premiere all eight episodes exclusively in more than 240 countries and territories worldwide.

With an intriguing plot that spans space and time, the series follows the story of a married couple who find a chamber buried in their backyard that leads to a strange, deserted planet.

They’ve carefully guarded their secret ever since. But when an enigmatic young man enters their lives, their quiet existence is quickly upended … and the mystifying chamber they thought they knew so well turns out to be much more than they could ever have imagined.

Cook Like An Italian With Silvia Colocca: SBS, May 17

In a time when the cost of living is rising, home cooking becomes crucial in the weekly budget so families can continue to eat well and be creative.

This will be Colocca’s third season of her stand-alone elegant cooking show – and this one runs for 10 episodes.

The first kicks off with the “call of the tomato”, where Colocca comes together with her friends and family to make their yearly supply of passata, the base for all Italian tomato sauces.

The long awaited Stranger Things 4 has landed and this time the band of friends have grown up and the complexities of high school haven’t made things any easier.

Netflix says a new and horrifying supernatural threat has surfaced, “presenting a gruesome mystery. If solved, will this finally put an end to the horrors of The Upside Down?”

With the same producers as Lost, From is a series set in a Central American town that apparently traps everyone who enters.

Led by Harold Perrineau (The Matrix, Lost, Zero Dark Thirty) and Eion Bailey (Once Upon A Time, Fight Club), the town’s residents fight to keep everything normal and try to escape, which is difficult given the forest surrounding them is full of terrifying creatures.

Based on Sex Pistols guitarist Steve Jones’ 2017 memoir Lonely Boy: Tales from a Sex Pistol, all six episodes of this original series will be released on the same day.

The official synopsis says it is “the story of a band of spotty, noisy, working-class kids with ‘no future’, who shook the boring, corrupt Establishment to its core, threatened to bring down the government and changed music and culture forever”.

May streaming guide: Rebel Wilson returns and The Wire creator has a new show