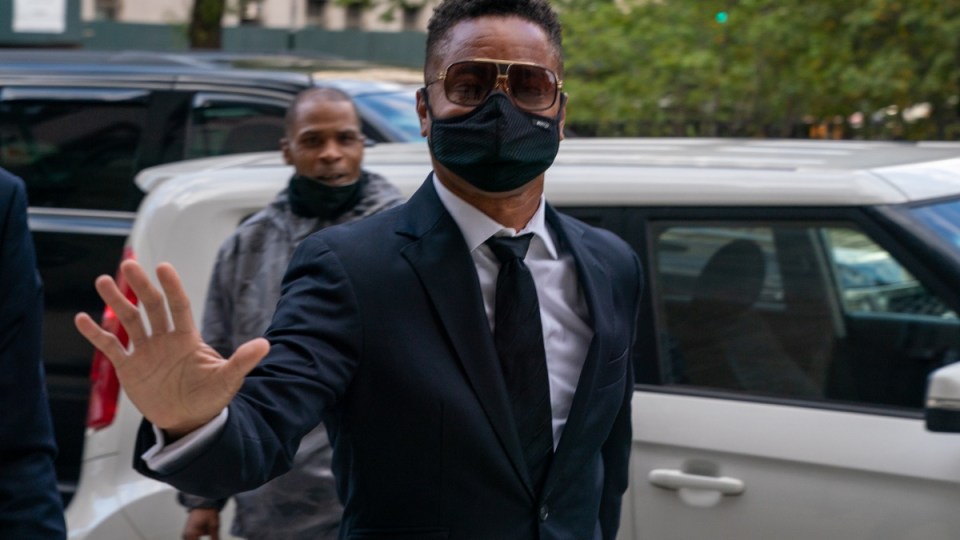 Cuba Gooding jnr at an earlier court hearing. He has pleaded guilty to one charge. Photo: Getty

Actor Cuba Gooding Jr has pleaded guilty to forcibly kissing a worker at a New York nightclub in 2018 in a deal that is likely to keep him out of jail.

Gooding also publicly apologised for the first time to two other women who accused him of similar behaviour in separate encounters, calling himself a “celebrity figure” who meant no harm.

His admissions were part of a plea deal that came nearly three years after the Oscar-winning Jerry Maguire star was arrested in the case that endured several delays as Gooding’s lawyers sought to get charges reduced or dismissed.

“I apologise for making anybody ever feel inappropriately touched,” he said.

“I am a celebrity figure. I come into contact with people. I never want them to feel slighted or uncomfortable in any way.”

Gooding, 54, was accused of violating three different women at various Manhattan night spots in 2018 and 2019.

He pleaded guilty to just one of the allegations. He told the judge he “kissed the waitress on her lips” without consent at the LAVO New York club.

The deal lets Gooding avoid any possibility of jail time if he continues “alcohol and behaviour modification” counselling for six months.

After that, he can withdraw the misdemeanour plea and instead plead guilty to a lesser violation of harassment.

Gooding was arrested in June 2019 after a 29-year-old woman told police he fondled her without her consent at Magic Hour Rooftop Bar & Lounge near Times Square.

The accuser in that encounter, Kelsey Harbert, was allowed to speak in court on Wednesday, recounting how Gooding grabbed her breast “as if I was a piece of meat for dinner that night”.

Harbert, now 31, told the court she thought Gooding was getting off easy, while his accusers continue to suffer.

“I feel very sad and feel very lost for what I can do,” she said.

A few months after his arrest, Gooding was charged in two additional cases as more women came forward to accuse him of abuse.

The new charges alleged he pinched a server’s buttocks after making a sexually suggestive remark to her at TAO Downtown and forcibly touched the woman at LAVO, both in 2018.

Gooding had previously pleaded not guilty to six misdemeanour counts and denied all allegations of wrongdoing.

His lawyers have argued overzealous prosecutors, caught up in the fervour of the #MeToo movement, are trying to turn “commonplace gestures” or misunderstandings into crimes.

Judge Curtis Farber had earlier ruled if the Gooding case went to trial, prosecutors could have called two additional women to testify about their allegations Gooding violated them.

“We credit and believe all the survivors in this case,” prosecutor Coleen Balbert said, adding that under the circumstances Wednesday’s outcome “is a fair and equitable disposition”.

Along with the criminal case, Gooding is accused in a lawsuit of raping a woman in New York City in 2013.

After a judge issued a default judgment in July because Gooding had not responded to the lawsuit, the actor retained a lawyer and is fighting the allegations.

Gloria Allred, an attorney representing three of Gooding’s accusers, said in a statement they would press ahead with civil litigation to hold him accountable.

“Justice was significantly delayed in this case for many reasons, and I do not feel that justice was achieved today with the entry of this plea, although I do understand why under the circumstances that the prosecution offered a plea,” she said.

Kirstie Clements: Want to be a granfluencer on your next cruise? Try these ten chic tips
US comedian who voiced key Aladdin character dies
Today's Stories