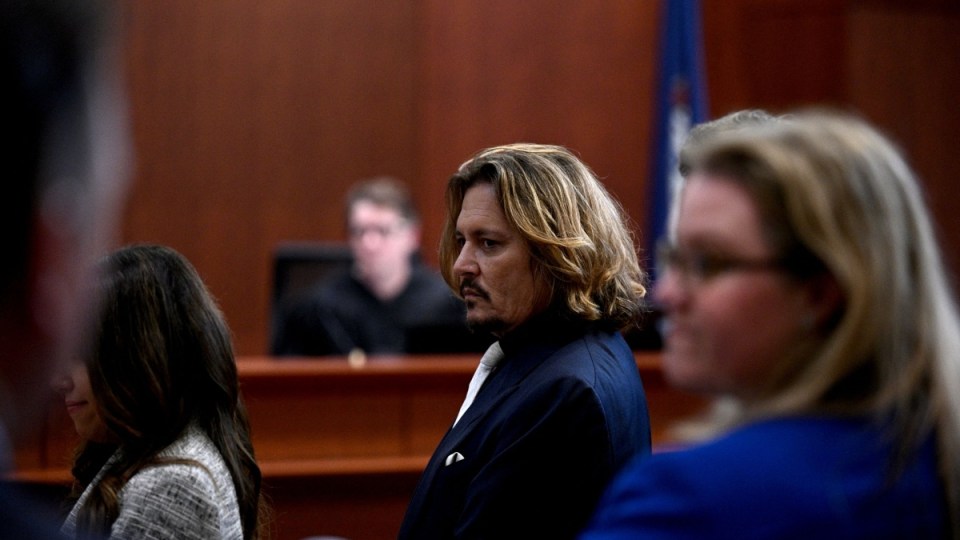 Johnny Depp in court on day one of the trial on Tuesday. Photo: Getty

Johnny Depp was an “obsessed ex-husband hell-bent on revenge”, a court has heard, as the actor’s defamation lawsuit against ex-wife Amber Heard got under way in the US state of Virginia.

Lawyers on behalf of the Aquaman actress said Depp had sought to “destroy” her and that the situation was “disturbing, but not surprising”.

The actor, 58, is suing actress Heard for libel over a 2018 article she wrote in The Washington Post in which she discussed her experiences of domestic abuse.

Depp’s lawyers say the article falsely implied Heard, 35, was physically and sexually abused by him when they were married.

He said the accusations had made it difficult for him to get the sorts of roles he used to, and launched the $50 million lawsuit in 2019.

But Benjamin Rottenborn, representing Heard, said the actor had brought the suit “rather than take responsibility for his own actions” and planned to turn the trial into a “soap opera”.

“Amber Heard never wanted to offer up to the public who Johnny Depp was, but that is going to come out,” he said, during his opening remarks.

“He wanted to destroy her. And that is what he did. I wish I could say that it’s surprising. It’s disturbing but not surprising.

“He was an obsessed ex-husband, hell-bent on revenge … as his career was in free-fall and her career was talking off.”

These included a “drug binge” with Depp’s “good friend” Marilyn Manson and a “blackout” in Australia, which Heard had previously described as a “three-day hostage situation”.

But Depp’s lawyers argued that the allegations by Heard were false and the actress was “preparing to give the performance of a lifetime” during the proceedings.

Camille Vasquez, representing Depp, said the actor would “go to his grave knowing that whatever he does there will always be people who believe he abused a woman”.

“Ms Heard took on the role of a lifetime, she couldn’t back down,” she said.

“She has been living and breathing this lie for years now.

“She is preparing to give the performance of a lifetime in this trial.”

Scores of people, mostly fans of Depp, crowded into the courtroom on Tuesday as the case was officially opened. Both actors are attending the trial in person and are due to give evidence.

Depp wore a dark blue suit and black shirt with a cream tie, while Heard wore a grey blazer and wore her hair in a low bun.

Heard’s Washington Post article was titled “I spoke up against sexual violence – and faced our culture’s wrath.

“That has to change.”

It did not mention Depp by name.

Other high-profile celebrities are listed as witnesses in the trial, including actors James Franco and Paul Bettany, and Tesla founder Elon Musk.