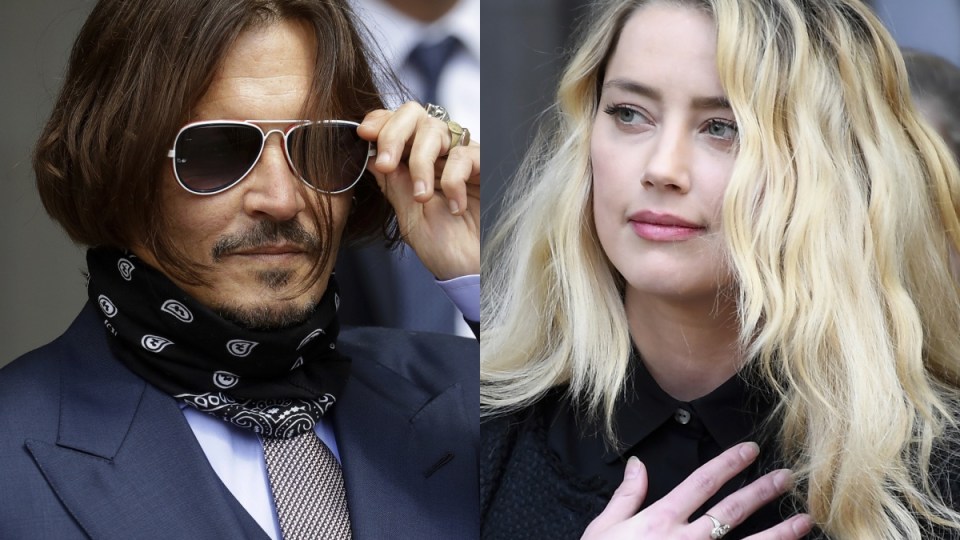 Johnny Depp and his former wife Amber Heard will go head to head in a court in Virginia. Photo: AAP

Johnny Depp’s multimillion-dollar US defamation lawsuit against ex-wife Amber Heard is due to begin at a Virginia courthouse.

The former Hollywood power couple are both expected to give evidence in person at the trial, and high-profile figures including James Franco, Paul Bettany and Elon Musk are scheduled to give testimony.

Depp is suing his former wife for libel over a 2018 article she wrote in the Washington Post, in which she discussed her alleged experiences of domestic abuse.

The actor’s lawyers say the article falsely implies Heard, 35, was physically and sexually abused by Depp when they were married.

Heard announced in a lengthy Instagram post on Sunday she would be going offline for the “next several weeks” because of the case.

The actress told fans she had never named Depp in the article, saying: “Rather I wrote about the price women pay for speaking out against men in power”.

“I continue to pay that price, and hopefully when this case concludes, I can move on and so can Johnny”.

Depp, 58, has said the accusations have made it difficult for him to get the sorts of roles he once did.

Heard’s lawyers are expected to argue she should be immune from the libel suit because of a Virginia law known as an anti-Slapp provision (Strategic Lawsuit Against Public Participation).

It is designed to protect people from nuisance lawsuits when they speak about matters of public concern.

The actress has also filed a counterclaim for defamation against Depp because of statements his lawyer made about her.

The case is being brought in Virginia, rather than in California where the actors live, because the Washington Post‘s online editions are published through servers located in Fairfax County.

Depp’s lawyers say one of the reasons they brought the case in Virginia is because the state’s anti-Slapp law is not as broad as the one in California.

The lawsuit, which will be heard at the Fairfax County District Courthouse, seeks $US50 million ($A67 million) in damages.

It comes after Depp lost a similar defamation case in Britain, which he brought against the publishers of The Sun newspaper, News Group Newspapers.

An article also written in 2018 by The Sun‘s executive editor Dan Wootton referred to Mr Depp as a “wife-beater” in the headline.

Following a 16-day trial in July 2021, a judge found the content of the article to be “substantially true”.

Depp was refused permission to appeal against the decision at the Court Of Appeal.

Jacqui Munro: Out with the old, in with the new political script
Rob Lowe and son continue rare tradition of Hollywood’s father-son combos
Today's Stories

Johnny Depp and Amber Heard back in court