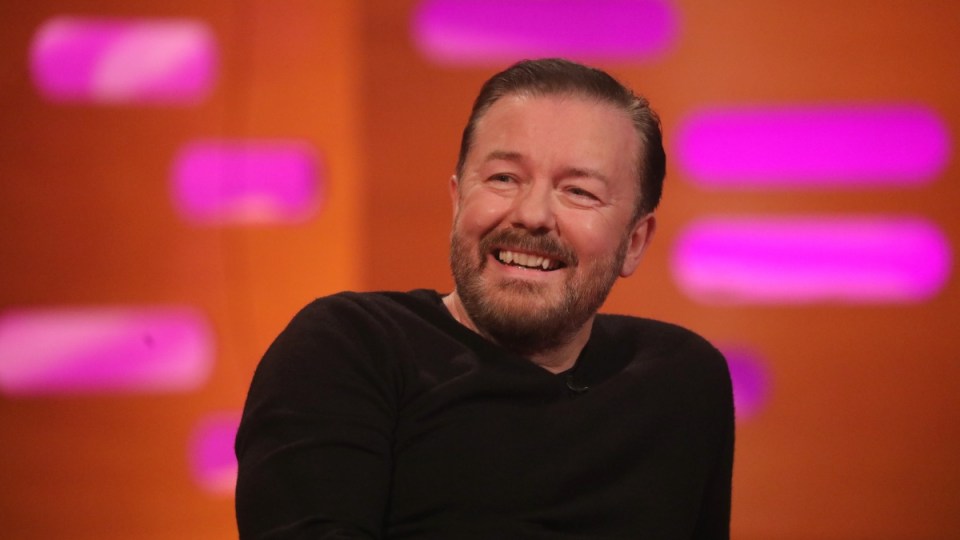 Ricky Gervais defended Chris Rock's joke, labeling it the "tamest joke I would ever have told". Photo: Getty

Gervais said physical violence over a joke was never appropriate no matter “how bad it is” – condemning Oscar-winner Will Smith while also promoting the tameness of Rock’s quip.

The Office and After Life creator and star addressed Smith’s infamous slap on fellow comedian Rock at the 2022 Academy Awards during a live Twitter video on Wednesday.

It followed a quip Rock made at the live broadcast nearly two weeks about Smith’s wife, Jada Pinkett-Smith, who has alopecia.

“You don’t hit someone over a joke – however bad it is, and it wasn’t bad,” Gervais said in a highlight of the live stream posted on his Tik Tok.

“That was like the tamest joke I would ever have told… Jesus.”

During Wednesday’s Twitter Live, Gervais also mocked those who had criticised Rock for allegedly making light of Pinkett-Smith’s “disability”.

“Someone said it was joking about her disability. Well, I’m going a bit thin so I’m disabled. That means I can park right up close to Tesco now,” he said.

“And I’m fat – that’s a disease, isn’t it? I’m fat and I’m balding and I should get f—– benefits,” Gervais said, breaking to laugh.

It is not the first time Gervais has commented on the Oscars slap.

He also addressed the topic during a stand-up routine in London last week, where he told the crowd he would’ve referenced Pinkett-Smith’s relationship with singer August Alsina rather than her appearance, The Independent reports.

“People were going, ‘What would have happened if Ricky Gervais had been doing it [hosting the Oscars]?'” Gervais said.

Pinkett-Smith and Alsina have been involved in an “entanglement”, which she has discussed on her Red Table Talk show.

Gervais’ input didn’t go down well with everyone.

“I don’t know if alopecia is or isn’t disabling for a person that has it,” one critic wrote on Twitter.

“I just know that Ricky Gervais doesn’t get to make that decision.”

One Tik Tok follower said Smith should not have slapped Rock, “but you need to understand how emotionally important a woman’s hair is; it is devastating to lose it”.

“I have alopecia and it is not a disability, at the same time it shouldn’t really be joked about because you never know how it will impact the person,” wrote another.

However, there was some support.

“I have alopecia and if someone said it was a disability to me that would offend me more than a G.I. Jane joke,” wrote a Tik Tok follower.

“I will never not love Ricky he says what we all are thinking,” said another.

The pandemic has taken its toll on Australian nurses, and now hospitals are scrambling for staff
Emotional celebrity activist Sean Penn does the talkshow rounds to advocate support of Ukraine
Today's Stories