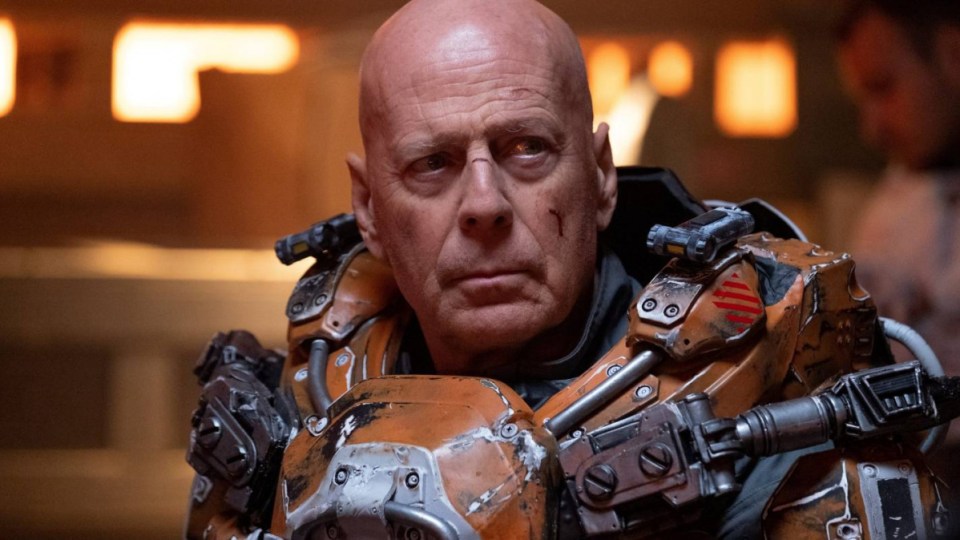 Bruce Willis in Cosmic Sin, for which he received a dishonourable Razzie Award.

Hollywood star Bruce Willis has been stripped of a far-from-prestigious honour, after his diagnosis with a distressing brain condition.

Willis’s family announced this week that star of the Die Hard franchise and dozens of other action movies would retire from acting after being diagnosed with aphasia, a brain disease that has hampered his “cognitive abilities”.

Only days earlier, Willis, 67, had been named the unfortunate winner of the Razzie Award for the worst cinematic performance of 2021 for his role in the sci-fi action film Cosmic Sin.

On Friday, the organisers of the Razzies – a parody award show that typically “honours” the worst under-achievements in cinema – said they would rescind the title, following Willis’s family statement.

“After much thought and consideration, the Razzies have made the decision to rescind the Razzie Award given to Bruce Willis, due to his recently disclosed diagnosis,” co-founders John Wilson and Mo Murphy said.

“If someone’s medical condition is a factor in their decision-making and/or their performance, we acknowledge that it is not appropriate to give them a Razzie.”

Willis’s distressing condition was revealed in a statement on Instagram by his ex-wife Demi Moore and one of the couple’s daughters, Rumer.

“This is a really challenging time for our family and we are so appreciative of your continued love, compassion and support,” it said.

“We are moving through this as a strong family unit, and wanted to bring his fans in because we know how much he means to you, as you do to him.”

Willis and Moore were one of Hollywood’s most high-profile celebrity couples in the 1990s until their divorce in 2000, but they remained close after the break-up. He is currently married to model and actor Emma Heming and is father to five children with both women.

The star rose to fame in the 1980s comedy-drama TV series Moonlighting, and has appeared in about 100 films across his four-decade career, garnering critical (rather than Razzie) acclaim for his roles in Pulp Fiction and The Sixth Sense, and winning a Golden Globe Award and two Emmys.

But he is perhaps best known for playing the tough-as-nails New York cop who pursued bad guys in the five Die Hard movies, released from 1988 to 2013.

Brenda Rapp, a professor of cognitive science at Johns Hopkins University, said aphasia was a disorder most commonly caused by a stroke that could also stem from head trauma or, in rare cases, from neurological disease.

Willis had been especially active in recent years. He appeared in eight movies released in 2021 alone, none of which were critically acclaimed.

In fact, Saturday’s Razzies award for Willis was in a special category – “worst performance by Bruce Willis in a 2021 movie” – and he was also nominated for his other seven roles.

In the same statement on Friday, Mr Wilson and Mr Murphy said they would also take back their nomination of Shelley Duvall for her performance in The Shining. Duvall was nominated in the first Razzie Awards 42 years ago.

“We have since discovered that Duvall’s performance was impacted by Stanley Kubrick’s treatment of her throughout the production,” the pair said.

“We would like to take this opportunity to rescind her 1980 nomination as well.”

Since The Shining, considered a horror classic, was released in 1980, it has been revealed that the notoriously difficult Kubrick was especially hard on the cast. Duvall, in particular, was traumatised by his bullying.