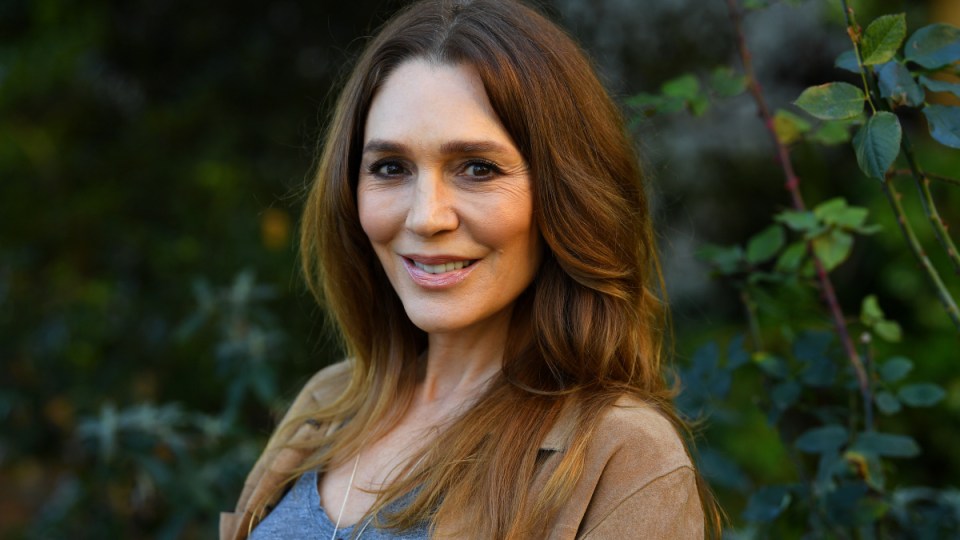 Tottie Goldsmith said her headache felt like she had "drunk a bottle of scotch". Photo: AAP

Actress and singer Tottie Goldsmith has warned people not to rely on single rapid antigen COVID tests, after being hospitalised with the virus.

Goldsmith, 59, became unwell with what she suspected to be a cold on Friday, but two days later symptoms worsened.

She posted a video on Instagram from The Alfred hospital in Melbourne on Sunday, explaining her severe symptoms felt like she had “drunk a whole bottle of scotch”.

Goldsmith, who is double vaccinated, said she took an antigen test last week, after experiencing cold-like symptoms of a headache and upset stomach.

That test returned a negative result and Goldsmith went to work that day.

When symptoms worsened on Sunday she took another rapid antigen test – and it returned a positive result.

“Now I’m in The Alfred. I feel like s— to be honest,” Goldsmith said from her hospital bed.

Goldsmith said that “everything tasted weird” and she had “this crazy f—— headache” on Sunday, before she decided to go to The Alfred.

The Chantoozies singer said she had her second COVID vaccination in August.

She urged people with virus symptoms to “go and get a proper test done”, and visit a testing clinic instead of relying on one rapid antigen test.

“The first one came back negative and now I’ve risked giving it to other people,” she said.

She said the guilt she felt of potentially infecting someone else was worse than the symptoms she’s experienced.

“That upsets me more than being sick to be honest,” Goldsmith said on Instagram.

Victoria has 316 virus patients in hospital, including 44 with active COVID infections in intensive care. The state had 1029 COVID cases on Monday, and three more deaths.