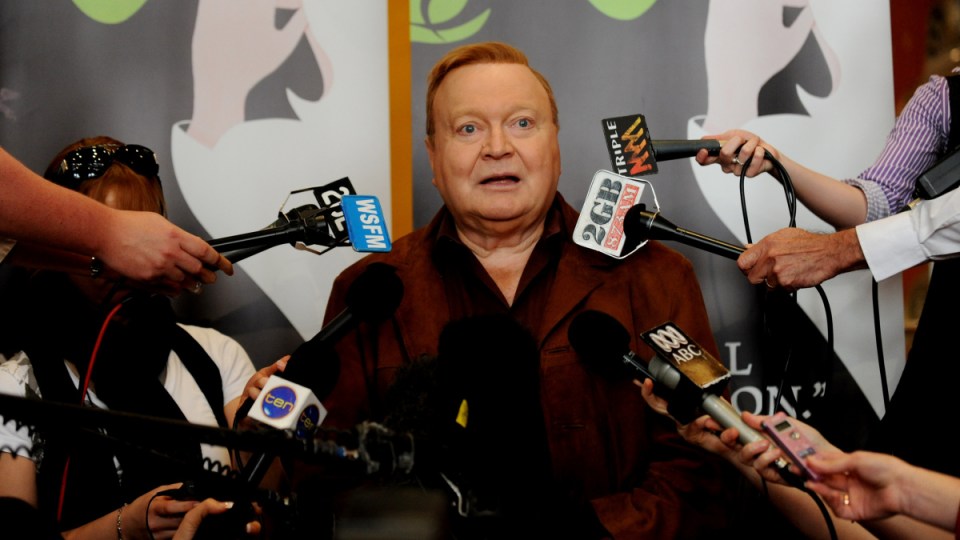 Three decades ago, Bert Newton gave away a Gold Logie to a dying man. Photo: AAP

An incredible act of kindness by the late Bert Newton has been revealed 31 years after the event, as Australia mourns the loss of the celebrated performer.

Entertainment reporter Peter Ford revealed on Monday that Newton had given away one of his Gold Logie awards to a man dying of AIDS in the 1990s.

Ford revealed the man was one of his friends who was dying in a Melbourne hospital and had only been given a few weeks to live.

Bert asked Ford, who credits the success of his career to Newton, to only tell the story after he died.

Ford contacted as many celebrities as he could to give his friend, who loved show business, cards and well wishes, including one from Bert.

Each celebrity signed a card and sent it to Ford’s friend – except Bert.

Newton instead visited the Fairfield Infectious Diseases Hospital and personally met every patient in the AIDS ward, taking time to tell stories and make them laugh.

“About five or six days later, I went out to the hospital and there was a sort of buzz in the air. As soon as I walked in, I could tell it was a different mood and place to what it normally was,” Ford told 2GB.

“I said ‘What’s going on?’ [and] they said, ‘You’re not gonna believe it. Guess who’s just been here? Bert Newton’.

“And I went [to] my friend, who suddenly was on a high – he literally had days to die – and he said, ‘I can’t believe it, Bert was here for over an hour and he told me these amazing stories’.”

Newton left one of his Gold Logie awards – one of four Newton had received – on the man’s bedside table.

“I rang Bert and I said, ‘I can’t believe you did that’ and he said, ‘OK, I’ve probably broken some kind of Logie law and they’re going to come after me for giving away one of my Logies so don’t tell the story until I’m gone’,” Ford said.

“Promise me you won’t report this until I’ve carked it,” Ford said Newton told him.

Newton died on Saturday at age 83.