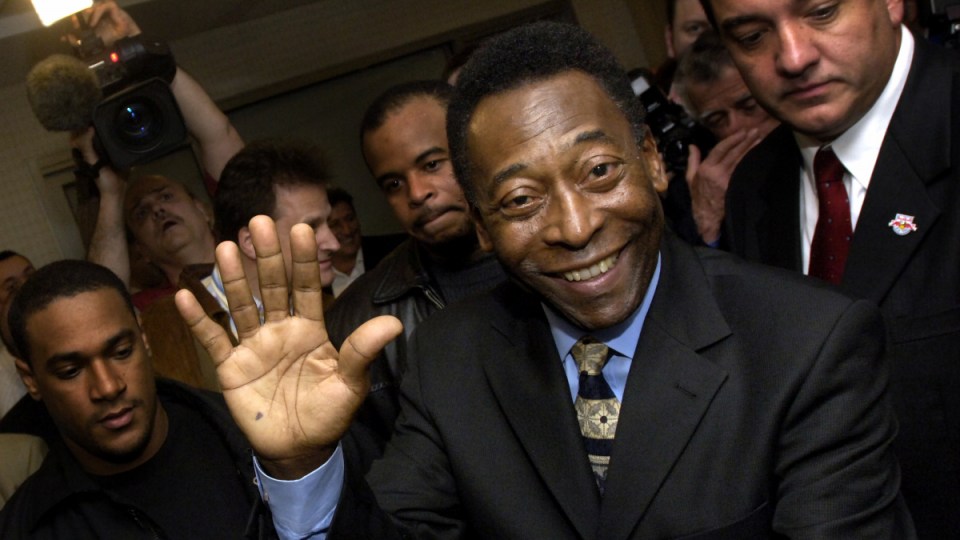 Ailing soccer great Pele has told fans to celebrate his life as he approaches his 81st birthday. Photo: AP

Brazilian soccer great Pele, not long out of the hospital after surgery to remove a tumour, has told fans to start celebrating his life because he was getting “closer to the goal”.

“I suggest you start to catch your breath to celebrate with me, because with each passing day I get closer to the goal,” Pele wrote on Twitter.

He did not give any details, but the former Brazil, Santos and New York Cosmos player, who will be 81 on October 23, has been in poor health for some time.

I suggest you start to catch your breath to celebrate with me, because with each passing day I get closer to the goal. pic.twitter.com/lqC8oatENY

That ailment came after hip and kidney problems as well as what his son Edinho last year said was a bout with depression, something Pele later denied.

Widely considered to be one the greatest players of all time, Pele is the only soccer player to hold three World Cup winner’s medals, lifting the trophy with Brazil in 1958, 1962 and 1970.

He scored more than 1000 goals in a glittering career and transcended sport to become of the most recognisable faces on the planet.