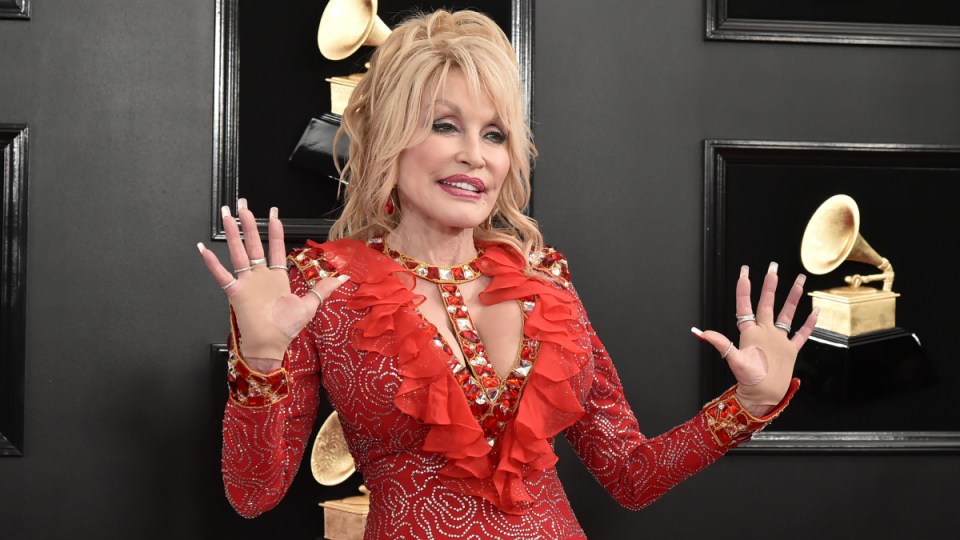 Award-winning singer Dolly Parton did an online vanishing act. Or did she? Photo: Getty

Country music legend Dolly Parton made headlines on Tuesday when she appeared to have been banned from TikTok just one day after making her grand debut.

Fans were delighted with Parton’s first post on the social media platform, but were quickly left confused.

In a video shared to the newly created @itsdollyparton account, the Blonde Bombshell star greeted fans with a “woohoo, hello!” in her instantly recognisable southern drawl.

“I just dropped in to say, everything’s gonna be OK. You keep the faith.”

The Grammy Hall of Fame recipient was recently named one of Time magazine’s most influential people, alongside the Duke and Dutchess of Sussex.

In the clip, she said she wanted to “remind” fans of another appearance to come, where she planned to read a story.

Parton did not reveal what the content would be, but the Nine to Five singer has been working on a novel.

Some speculated she might read a sneak preview from her book, Run, Rose, Run, which will be released in March 2022.

But within a day, upset fans began flooding Twitter with furious complaints against TikTok, claiming their beloved Parton had been banned.

The video had been downloaded and shared, but the original account had mysteriously vanished.

Enraged fans posted screenshots of the account, which displayed the message: This account was banned due to multiple Community Guidelines violations.

“I swear she just created it and now it’s banned [weeping face emoji].”

“What did she do?” others asked.

It was unclear which part of the uplifting little clip might have breached the social media giant’s code.

The mystery made headlines, with news outlets repeating the question on everyone’s lips: What happened to Dolly Parton?

Strangely, the account was not included on Parton’s official linktree, which lists all of the singer’s social media accounts and websites.

And she did not speak publicly about TikTok’s heavy handedness.

I’m wasting your time, and you’re wasting mine

It all came down to the absence of a blue tick.

An online super sleuth discovered the clip was an old video posted to the TikTok account for Parton’s foundation, The Imagination Library, a free book gifting program for kids.

That explains the promise to read a story.

The original was posted in 2020 and had been lifted to create a new, fake, TikTok account using the singer’s name.

As it turns out, @itsdollyparton was not Dolly Parton at all.