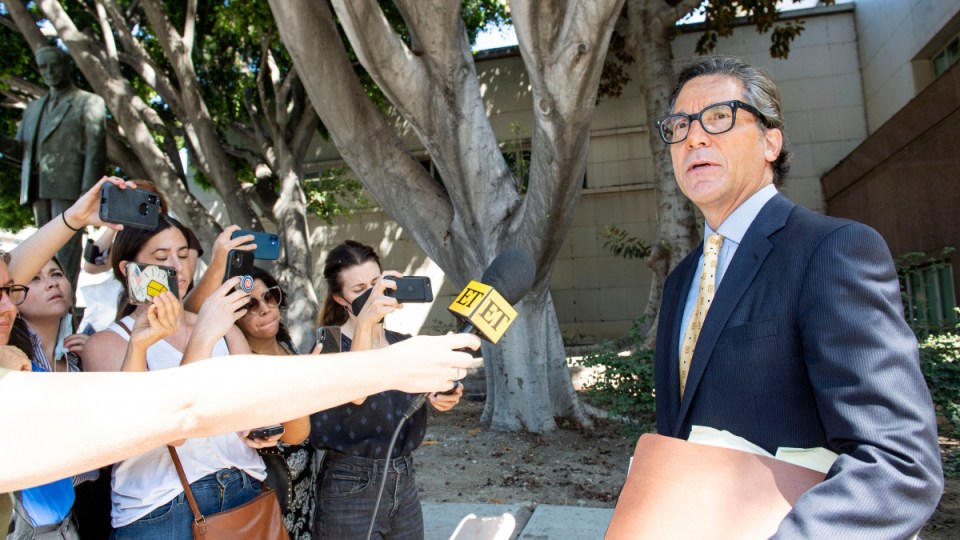 Mathew Rosengart speaks outside court, after lodging a petition for Britney Spears' father to be removed as her conservator. Photo: Getty

Pop star Britney Spears’ new lawyer has petitioned to remove her father from the conservatorship that has controlled her life and money for 13 years and replace him with a professional accountant.

Mathew Rosengart said in documents filed on Monday (local time) in Los Angeles Superior court that the current legal arrangement “has grown increasingly toxic and is simply no longer tenable”.

He proposed that James Spears be replaced with accountant Jason Rubin as conservator of the pop star’s estate, which documents say equates to $US2.7 million ($A3.7 million) in cash and more than $US57 million ($A77 million) in assets.

In the filing, Mr Rosengart said that before he sought to end the conservatorship, he was first addressing “the most pressing issue facing Ms. Spears: Removing Mr. Spears as conservator of the estate”.

“Any father who genuinely loves his daughter and has her best interests at heart should willingly step aside in favour of the highly respected professional fiduciary nominated here,” he said in the documents.

Lynne Spears, Britney’s mother and James’ former wife, said in a declaration supporting Mr Rosengart’s filing that his “microscopic control” over her health care and business decisions in a key period in 2018 and 2019 was especially damaging.

“Such scrutiny is exhausting and terrifying, like living in custody,” Lynne Spears said.

James Spears stepped down as the so-called conservator of the person for his daughter in 2019, ceding control of her life decisions and health care to court-appointed professional Jodie Montgomery while maintaining control of her finances.

A message sent seeking comment from James Spears and his legal team was not immediately returned. But at a July 14 hearing, his lawyer Vivian Thoreen said he would not step down and he had only ever been motivated by his daughter’s best interests.

Ms Thoreen said Britney Spears had many inaccurate beliefs, among them that “her father is responsible for all the bad things that have happened to her”.

Judge Brenda Penny gave Britney Spears permission to hire a lawyer of her choice at that hearing, when for the second time the singer publicly assailed the conservatorship that has been in place since 2008, bursting into tears as she described the “cruelty” it subjected her to.

“My dad needs to be removed today,” she said, adding that she would like to see him charged with abusing his position.

But Judge Penny has shown no indication so far to remove James Spears, and it is not the first time a lawyer for Britney Spears has sought her father’s ouster.

Judge Penny instead ruled that Jamie Spears and the firm should work in tandem, but Bessemer bowed out of the arrangement before it formally began.

Mr Ingham resigned after the dramatic June hearing when the pop star publicly decried the conservatorship for the first time, telling Judge Penny: “I just want my life back.”

A hearing to address Mr Rosengart’s petition and other issues in the conservatorship is scheduled for September 29.