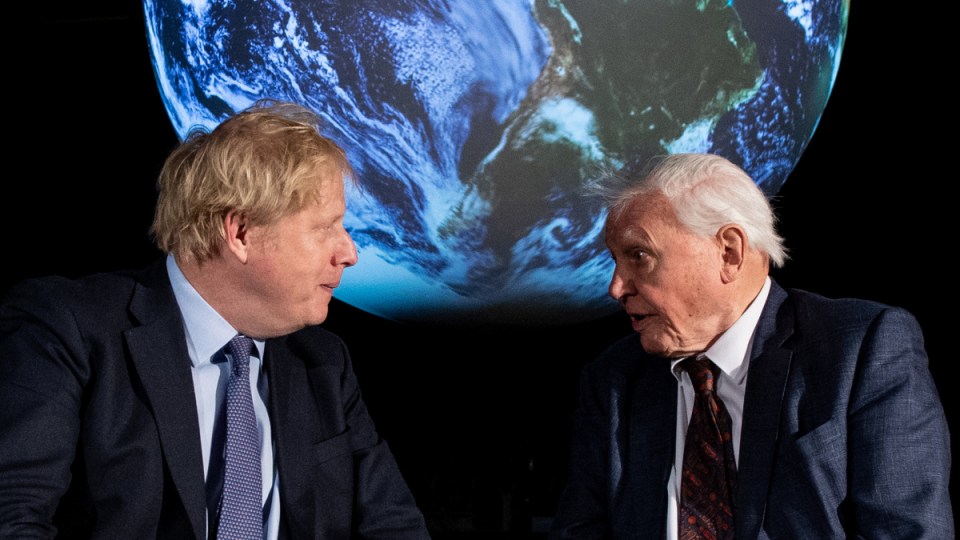 Sir David Attenborough has warned of the “crippling problems” the world faces because of climate change, after being given a role at a 2021 UN climate summit.

Britain has tasked the famous naturalist with inspiring action to tackle the issue of climate change as its People’s Advocate ahead of the United Nations’ Climate Change Conference (COP26) in Glasgow, Scotland.

Kicking off in November, COP26 could accelerate measures by the world’s biggest polluters to tackle climate change.

“David Attenborough has already inspired millions of people in the UK and around the world with his passion and knowledge to act on climate change and protect the planet for future generations. There is no better person to build momentum for further change as we approach the COP26 climate summit in November,” said Mr Johnson.

The 95-year-old naturalist is the world’s most influential wildlife broadcaster.

He will exhort leaders at events over the next six months to put climate and the protection of nature at the top of their agenda, including at the Group of Seven summit to be held in Cornwall in June.

Attenborough has also been invited to address world leaders and the public at the Glasgow summit, which has been billed as the most important climate meeting since the Paris Agreement in 2015.

Mr Johnson, who is keen to burnish his environmental credentials and will chair the summit, has said he will push G7 world leaders to make firm climate commitments.

Attenborough said COP26 had to succeed.

“There could not be a more important moment that we should have international agreement. The epidemic has shown us how crucial it is to find agreement among nations if we are to solve such worldwide problems,” Attenborough said.

In February, he told the UN Security Council that climate change is the biggest security threat that modern humans have ever faced.