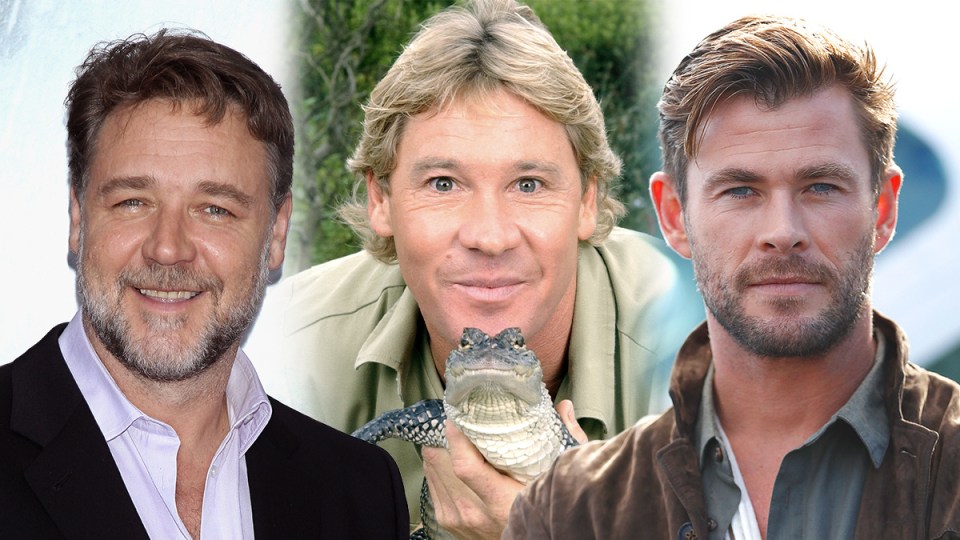 Who is battling it out to play wildlife legend, Steve Irwin? Photo: Getty / TND

Even after his tragic death, Crocodile Hunter Steve Irwin has remained a beloved Australian icon.

A decade and a half later, Hollywood wants to immortalise his life in a feature-length film – and A-listers are lining up to play him.

Terri and Bindi Irwin are reportedly in talks about a biopic that will chronicle the wild and thrilling life of their late husband and father.

The notion of her ex-flame playing her deceased husband may be a bit too messy for the 56-year-old – not to mention Crowe’s age – so she has reportedly put forward Tomorrow When The War Began star Lincoln Lewis.

And it wouldn’t be an Australian production without someone nominating a Hemsworth brother – in this case, older brother Chris.

A source said the project is gaining momentum under the Crocodile Hunter’s long-standing success in the US.

“Steve’s international appeal, particularly to Americans, can’t be ignored and this isn’t the first time a project like this has been presented to them,” the source told Women’s Day.

“This time, however, any script that can be filmed Down Under is automatically top of the pile right now – and Hollywood bosses love Steve’s life story.

“He was saving lizards when he was six! And while his story may have ended too soon, there’s a real sense of closure now with how Bindi and Bob have taken up his legacy.”

Reports indicate the Irwins are set on having Australian actors in the film, and want to use real footage of the family at the end.

The family has been approached for similar projects in the past, but 15 years after his death, they may finally be ready to give it the green light.

This comes just weeks after 22-year-old Bindi and her husband, Chandler Powell welcomed a baby girl, whose name featured a sweet nod to the original Wildlife Warrior.

“There are no words to describe the infinite amount of love in our hearts for our sweet baby girl,” Bindi wrote in an Instagram post.

Steve Irwin died in 2006 after being pierced in the chest by a stingray.

The 44-year-old had been filming a wildlife documentary in Queensland, and news of his death sparked an outpouring of grief from fans all over the globe.