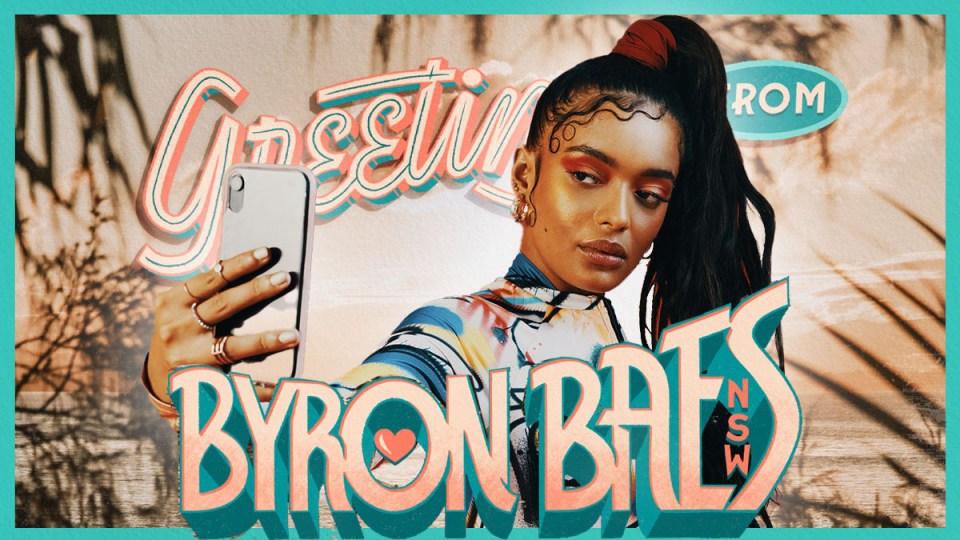 Byron Bay is continuing its transformation into the “new Hollywood” as Netflix announces a new reality show set against the coastal hamlet.

And it’s all about influencers.

The “docu-soap” is based in Byron Bay and will document the glitzy and glamorous lives of our picture-perfect, prominent internet figures.

Byron Baes will take viewers on an eight-episode ride detailing how simply knowing your angles can turn into an astoundingly profitable career.

Producers have remained tight-lipped about who will star, but influencer Elyse Knowles, who boasts more than 879,000 followers, is tipped to be among the cast.

A Netflix representative confirmed to The New Daily that while the cast still hasn’t been finalised, those who have been selected so far are all Australian, and it is understood some are born and bred in Byron Bay.

Byron Baes executive producer Emma Lamb, who has worked on ratings giants Married at First Sight and The Real Housewives of Sydney, said people are naturally attracted to the “aspirational lifestyle” of influencers.

“It’s a world of glamour and beauty, but beneath the curated images are genuine people,” Lamb told The New Daily.

“We want to explore the human relationships that lie beneath the Instagram feed, all within the idyllic beachside location of Byron Bay, which has cemented itself as the new Hollywood.”

Joining Lamb is Julian Morgans and Rachel Tuffery, who are also on as executive producers, and the series will be produced by Eureka Productions.

Reality, but make it different

“The reality TV we see in Australia are more competition-based, especially those ‘love and dating’ competition shows,” Riess told The New Daily.

“This is more of the celebrity or pseudo celebrity-based reality TV, which is newer to the Australian audience.”

The distinction is in shows like The Bachelor, Married at First Sight, The Voice, MasterChef and The Block – which all have a competitive foundation and make up some of the nation’s most-viewed programs.

Riess, whose 2017 film Creating a Monster explores the construction of reality TV villains and the lasting psychological effects, said our tall poppy syndrome has historically made shows that glamourise wealth unpopular among Australian audiences.

“We shy away from upholding people who have this kind of social clout. We prefer the ‘fair go’ rhetoric,” she said.

“Even five years ago, it wouldn’t have been as appealing to an Australian audience, but our views are changing and we’re become a lot more savvy about that influencer space.

“It reflects our obsession with celebrity – influencing is such a big part of our lives now … people will be into it, to kind of follow them on Instagram and have insight into the drama.”

The choice location, which over the years has transformed from hippie town and Schoolies retreat to celebrity hotspot, is ideal for a reality show.

The fact that Byron Bay is a small community where stars are likely to interact with one another is an additional advantage.

Wealth, an emphasis on status and image, plus the abundance of attractive people will provide the perfect backdrop to watch drama unfold.

“Byron is a playground for people on a quest to find themselves, people who are wanting to live a happy, healthy and balanced lifestyle – and influencers gravitate there as a result,” Lamb said.

Riess agreed, but believes the series will need to work hard to avoid appearing overly manufactured.

“The challenge with this will be authenticity,” she said.

“If an audience, particularly an Australian audience, can sense too much performance, or too much script, they’ll be like, ‘Nup, not into it’.

“We are more allergic to heightened drama.”

Filming for the project begins next month.

Byron Baes comes as the small coastal town continues its transformation into Tinseltown 2.0 or New Hollywood.

Given Australia’s relative suppression of the coronavirus compared to the United States, we have quickly become a haven for stars seeking safer shores.

Last year saw an influx of the world’s biggest names silently relocating to Australia, with a large concentration taking up space in the former hippie NSW town.

Jacob Elordi of Euphoria and The Kissing Booth fame has snagged himself a $2 million mansion in Byron, and has assimilated by sporting a “seedy ’stache and a mullet”.

Jacob Elordi leaving a bottle shop with two six packs of cruisers, a seedy stache and a mullet… this man could not look more australian if he tried pic.twitter.com/wnqrpcWSai