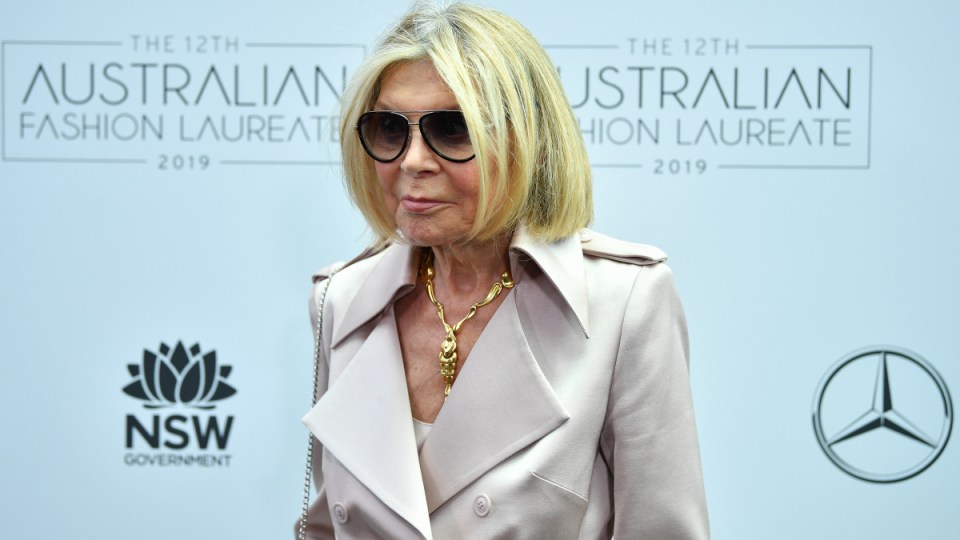 Australian fashion designer Carla Zampatti has died in hospital, aged 78, a week after she fell at an at opera premiere.

She was knocked unconscious after falling down on the bottom two steps of a staircase at Mrs Macquarie’s Point on the opening night of La Traviata.

Born in Italy in 1942, Ms Zampatti migrated to Australia in 1950 at the age of nine, setting up her fashion famous label at only 24.

In a statement, her family said she was Australia’s most successful and enduring fashion designer.

“Carla has long been celebrated for making Australian women feel confident and elegant through her exceptional design, tailoring and understanding of the modern woman,” the statement read.

“A champion of Australian women and a multicultural success story, she continued to thrive as a businesswoman through enormous radical and social change, designing clothes for women fighting for liberation through the women’s rights movement in the 1960s to empowering women today in leadership, the workplace, in their home and at major life events.”

Her designs have been worn by some of Australia’s most influential women, including Princess Mary of Denmark, Julia Gillard, Nicole Kidman and Gladys Berejiklian.

“She was part of a change that happened. Before the 70s, we looked overseas for designs, as there wasn’t really an Australian fashion label that stood out in the crowd,” Ms Buttrose said.

“Carla was the first of many and it happened around the 70s when women because ‘s liberation was under way. She was unique in that her style was distinctive and a good run at women anywhere and they would say, ‘you look fantastic’. And you could say ‘yes, it is Carla. 1984’.

“She certainly had the work ethic. She had it all her life and was still working and designing. Until this terrible accident happened to her.

“I am sure she has left behind all sorts of desires. She has that sort of girl. She would have been designing the next season and I’m sure it is somewhere, drawing or something Carla wanted to be done. She would be very hard act to follow and true in a fabulous status.”