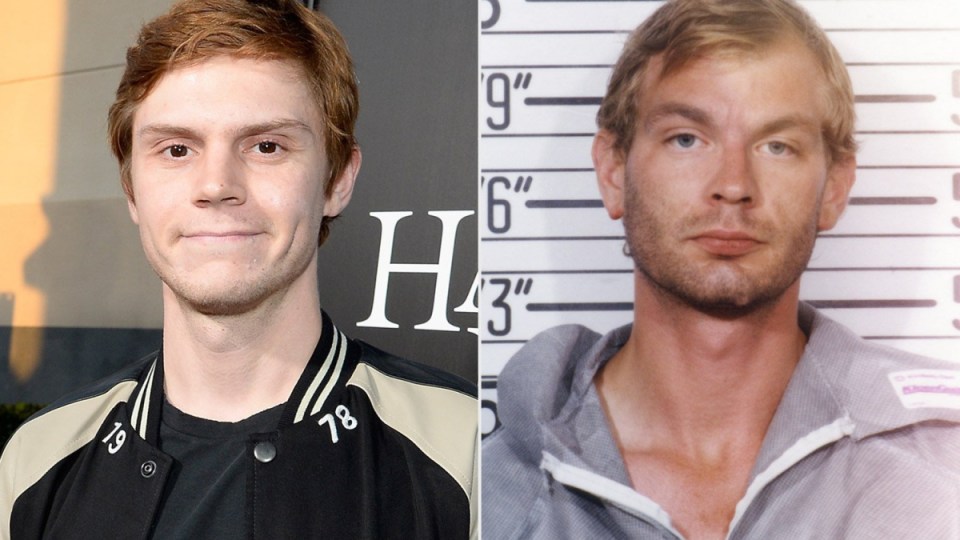 Evan Peters is getting back to his creepy, serial killer acting roots in a new Ryan Murphy-led project about one of the world’s most notorious murderers.

Peters is set to don the wide-rimmed aviator specs as he transforms into cannibal serial killer and necrophiliac Jeffrey Dahmer.

Monster: The Jeffrey Dahmer Story is set to span from the 1960s to Dahmer’s capture in 1991, and will reportedly explore the psychology behind his horrific crimes.

The series will also focus on Dahmer’s 17 victims, his parents, Lionel (Richard Jenkins) and Joyce (Penelope Ann Miller), and “the police incompetence and apathy that allowed the Wisconsin native to go on a multiyear killing spree”.

Murphy is well-known for using bright, colourful and retro aesthetics to contrast his excessively dark and violent themes, and it appears Monster: The Jeffrey Dahmer Story fits right into his niche.

Peters, who is one of Murphy’s regulars and has starred in multiple Murphy-related projects, might be a bit weary of taking on such a dark role.

One of the last times Peters collaborated with Murphy in American Horror Story: Cult, Peters needed a two-year “break” due to the intensity of the project.

Peters joins the ranks of a number of A-listers who have brought some of history’s most depraved killers to the screen, including:

“I didn’t want to jump in too early to what could have potentially been the wrong version of this movie,” Efron said.

“I was very hesitant to go into a darker genre in what could be perceived as an effort to change my perceived image.”

Bundy became well-known for having hoards of female fans, despite sexually assaulting and murdering an estimated 30 women in the 1970s.

John Cusack has a long history of playing varied roles, but his performance as serial killer Robert Hansen is by far the bleakest.

Cusack stars alongside Vanessa Hudgens and Nicholas Cage in the dramatised recount of Hansen’s 17-woman murder spree in Alaska in the 1970s and ’80s.

“Infantile” and with a seething hatred of women whom he believed rejected him because of his stutter, Hansen abducted women and assaulted them, before setting them free in a large field and hunting them down with his rifle.

One of the lead FBI agents on the real-life case was John Douglas, whose life in the behavioural sciences unit was immortalised in the Netflix show, Mindhunter.

This wasn't in mindhunter but it's called Frozen Ground
John Cusack played as Robert Hansen
(Robert Hansen on the Left and John Cusack on the right) pic.twitter.com/XH7bKIxkII

If you’re looking for realistic portrayals of real-life killers, look no further than Mindhunter.

Based on the life of John Douglas, “father of criminal profiling”, the FBI agent was able to predict details about the killers he pursued with unbelievable accuracy.

In fact, years before Robert Hansen was apprehended, Douglas predicted he would have a stutter.

Kemper, known for his formidable height at 206 centimetres, spoke candidly to police about his crimes and motivations.

Cameron Britton, who bears a striking resemblance to Kemper, also recites actual quotes from Kemper throughout the series.

Cameron Britton. Played real life serial killer Ed Kemper in Mindhunter. Honestly, it's one of the most convincing and honest portrayal of real life person I've watched in Television history. So good that he sends chills up your spine whoever he's on the screen. pic.twitter.com/8jonLpsVOb

Charlize Theron took a step away from her Hollywood good-looks and transformed herself into a murderous, hillbilly nightmare.

And it paid off.

Theron’s transformation into Aileen Wuornos in Monster earned her an Oscar for best actress.

Wuornos was a sex worker who killed seven men she claimed had attempted to rape her between 1989 and 1990.

Still not over charlize theron as aileen wuornos… Like… What?? pic.twitter.com/NMQpisZTDL