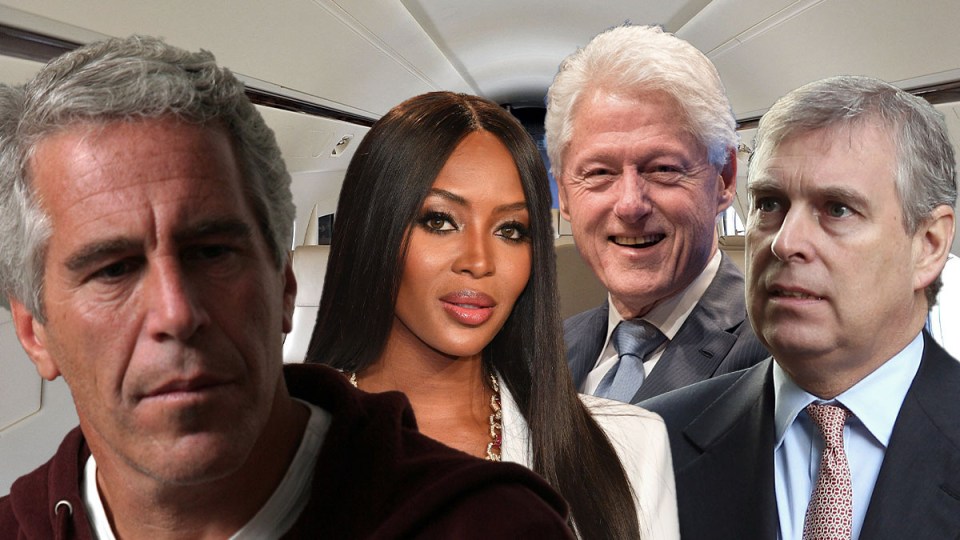 One of Jeffrey Epstein’s long-time pilots is co-operating with the FBI, and has confirmed the late pedophile hosted Bill Clinton on his private plane, nicknamed the Lolita Express.

Though he declined to make a statement to The Mirror when contacted, David Rodgers, who flew Epstein and his inner circle, has reportedly been assisting with the investigation into the pedophile ring.

“I can’t talk,” Mr Rodgers told The Mirror from his Lake Worth, Florida home.

A source claimed Mr Rodgers was trusted by the convicted pedophile and a number of his high-profile friends with whom he regularly engaged with.

“David has complied with the FBI and others investigating those who enabled Jeffrey’s offending,” the source said.

He was trusted with his most prized and high-profile friends, not only the Prince [Andrew], but Bill Clinton too.

“He is adamant he didn’t see any wrongdoing as he flew Epstein, his cronies and the girls around.”

The flight logs have previously been used to disprove Prince Andrew’s assertion that he spent minimal time with Epstein and his accomplice Ghislaine Maxwell.

In fact, it was Rodgers’ sworn statement in a 2016 deposition that first indicated Prince Andrew and Epstein had spent much more time together than previously thought.

Rodgers also confirmed he flew the then-17-year-old Virginia Roberts Giuffre, Prince Andrew and Epstein’s most prominent survivor, on at least three occasions in 2001.

The Lolita Express is thought to have carried a number of notable celebrities.

Mr Clinton’s connection with Epstein and the Lolita Express has made headlines since the plane’s flight logs were seized.

The logs show the former US president travelled on the plane on at least 12 different occasions, but other sources have reported it could be as many as 26.

There were no records indicating Hillary Clinton ever travelled on the plane.

Naomi Campbell’s association with Epstein and Maxwell is no secret, and the supermodel can be seen in various photographs with them.

Campbell’s name appears in the Lolita Express flight logs, suggesting she flew on the plane at least four times.

She claims her ex-boyfriend, Flavio Briatore, introduced her to Epstein.

Giuffre named Campbell directly and claimed in a tweet that Campbell had often bore witness to Epstein’s abuse of underage girls and did nothing.

Disgraced actor Kevin Spacey and comedian Chris Tucker are two names you might not have expected to see in the Lolita Express flight logs.

The two reportedly flew to Africa with Clinton to tour HIV/AIDS project sites in 2002, however it was confirmed by one of Epstein’s survivors that there was no illegal activity on this trip.

Spacey’s involvement with Epstein may be less surprising, given his history of sexual abuse that came to light during the #MeToo movement.

Labor victory fires up Tamil family’s hopes of return to their Biloela home
Analyst: Sharemarket will be anxious about a Labor pact with Greens
French foreign minister hails defeat of Morrison and his ‘notorious incompetence’
Tiger Woods quits PGA tournament after the worst round of his career
COVID claims 18 more lives as nationwide daily cases soar above 35,000
Volodymyr Zelensky: How war will end as Ukraine ‘breaks backbone’ of Russian army
Widow, stars remember Kobe Bryant and daughter
Today's Stories