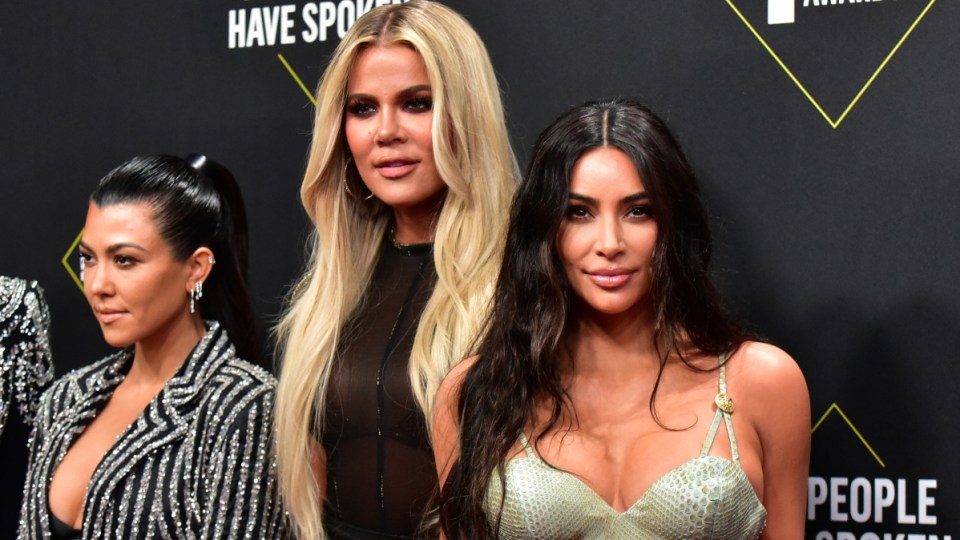 Khloe Kardashian has attracted the ire of the internet after tweeting a sponsored post for a migraine drug, with many asking if there was anything the family “wouldn’t do for money”.

Khloe was quickly howled down for selling out to “big pharma” for the medication, which as one user pointed out, cost more than $US1000 for eight tablets.

As the power of the social media influencer continues to overtake traditional advertising, the lines between posts and ads continues to blur.

#Sponsored With #NurtecODT I dared to reimagine life with #migraine. From launching new businesses to spending time with family, I'm dreaming BIGGER & so are others. Ask your doctor & visit https://t.co/ZyOwmQhWad. Most common side effect was nausea. PI: https://t.co/7GJ4MzjteG pic.twitter.com/A5Eswk2wnO

It does appear that Khloe has learned from her sister Kim’s oops-a-daisy moment in 2015.

Kim was forced to delete a sponsored content post she posted on Instagram, where she posed with a canister of pills claiming to treat morning sickness. 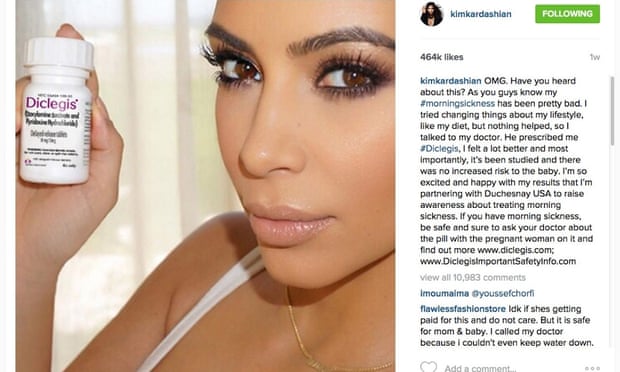 The Food and Drug Administration sent her and the drug company a warning letter, stating her post didn’t accurately outline the risks involve in taking it, among other things.

We can see Khloe has used Twitter, not the ‘Gram, for her ad. She’s also included a wee line about side effects.

Can celebs do this?

What the Kardashians have engaged in is called direct to consumer marketing (DTC) for prescription medication, and it’s only permitted in the US and New Zealand.

(Instagram has also cracked down on paid pharmaceutical advertising in its content, but brands are finding ways to get around those laws – they just allude to the medication, rather than announce it by name.)

Although that means it’s not allowed in Australia, it doesn’t mean we are immune to it, Barbara Mintzes said, who has undertaken research into the DTC space.

Associate Professor Mintzes, with the University of Sydney, said DTC marketing in the US is prolific on television, in print and online.

We don’t get that here, Professor Mintzes said, but there’s still a trickle-down effect.

“There is that whole influencer slide on social media. That’s really problematic – you want to know when you’re being advertised to as opposed to when you’re just getting information from someone,” she told The New Daily.

“Definitely there isn’t the kind of exposure – that constant exposure you get in the US to ads for prescription medicines on social media on television or a whole range of different media sources – but it’s not to say that there’s nothing at all going on.”

Professor Mintzes said what we can see companies do in Australia is run disease awareness advertising – we’ll especially see it if that company has the only or the leading medication to treat that disease.

“The problem with that kind of advertising is you get a different message about a condition or disease from a company that’s trying to sell you a product, even if they’re doing it indirectly as compared with something like a public health message,” she explained, adding the ‘awareness campaign’ from a company might greatly inflate the number of people this condition can affect.

You might remember it stinging Pete Evans earlier this year in “biocharger gate” for a hefty sum. He fell foul of the TGA’s advertising legislation in several different ways for that live-stream.

The TGA advises ‘social media influencers’ that any posts they make, for products they’re paid to talk about, can be considered advertising.

“Your social media posts may have an impact on your followers’ beliefs, attitudes, preferences and behaviours. Your comments about therapeutic goods can influence consumers’ choices. Therapeutic goods should be chosen on the basis of clinical need, not through the persuasion of influencers,” the TGA advises.

The take away message for consumers? Don’t believe everything that’s told to you online, and do your own research.