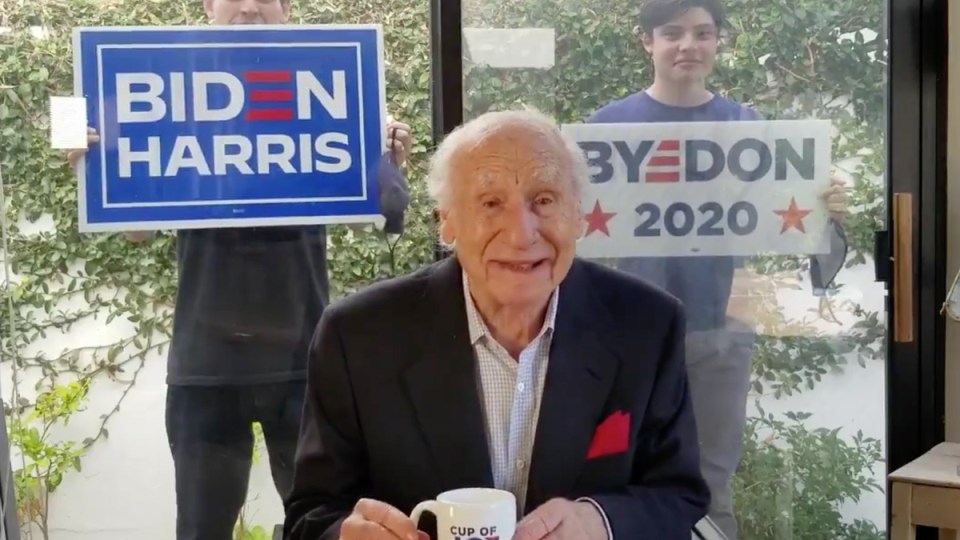 Hollywood legend Mel Brooks has publicly thrown his support behind Joe Biden for president in his first-ever political endorsement video.

Brooks, 94, slammed Donald Trump for America’s coronavirus death toll and lamented being kept away from his loved ones.

The actor appeared in a 53-second video with his son and his grandson forced outside behind patio doors, telling viewers that he’s backing the former vice-president in the 2020 election because Mr Biden “likes facts”, science and “will keep us going”.

His son – holding a Biden-Harris 2020′ sign – and grandson – with a ‘Bye Don 2020’ sign – can been seen in the video keeping their distance as Brooks complains that Mr Trump is “not doing a damn thing” to alleviate the coronavirus pandemic.

After his speech, the star turns to his son and grandson to say: “OK you can leave … I love you too.”

He adds before the clip ends: “I’ve got to fill out my ballot. See you later.”

The coronavirus has killed more than 222,000 Americans.

Mr Trump has been criticised for not reacting sooner to combat the coronavirus and for not adhering to his own government’s advice to stay safe and keep others safe.

The US President has defended his administration’s response to COVID-19, arguing that it has struck a balance between concerns about public health and the economy.