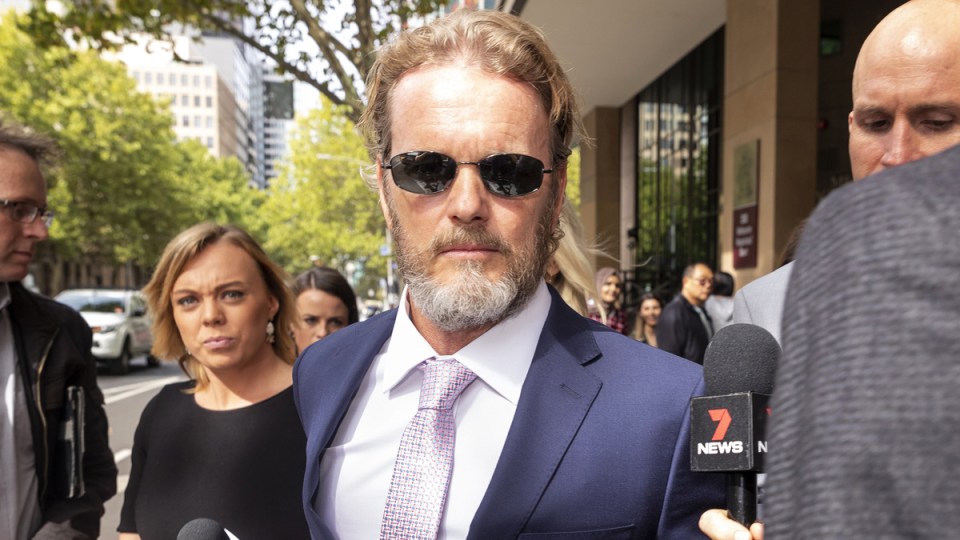 McLachlan was acquitted on all the charges – but the magistrate expressed her concern about some of his defence.

The Gold Logie winner is charged with indecent and common law assault against four women during a run of the musical, in which McLachlan played the lead role of Dr Frank-N-Furter.

The 55-year-old is expected to testify in a contested hearing to resume in a virtual sitting of Melbourne Magistrates Court from November 2.

Prosecutor Matt Fisher wanted McLachlan to be forced to fly from Sydney to give evidence in person.

But magistrate Belinda Wallington on Friday said this wasn’t possible because of the COVID-19 pandemic.

She refused to delay the case any further. It first came before the court in February 2019.

McLachlan and four other people, including two character witnesses, are expected to give evidence on the actor’s behalf. The hearing is expected to run for four or five days.

He’s accused of tracing his finger around the outline of a actress’s vagina during the performance of a “bedroom” scene.

He also allegedly kissed and forced his tongue into the mouth of a co-star when it was not in the scene.

The woman said she later told McLachlan “don’t you ever do that to me again”. He allegedly replied “you are nothing. I will end you”.

He’s accused of kissing a co-star’s neck, breasts, stomach and buttocks on at least 20 occasions during performances when it wasn’t part of the scene.

One of his accusers also said he knelt before her in her dressing room, said she was beautiful and that he couldn’t stop thinking about her.

McLachlan then allegedly kissed the woman on the mouth before saying he was “so embarrassed” and had “made a fool of myself”.

Three charges, two of indecent assault and one of common assault, were previously withdrawn.

Craig McLachlan to give evidence in assault case