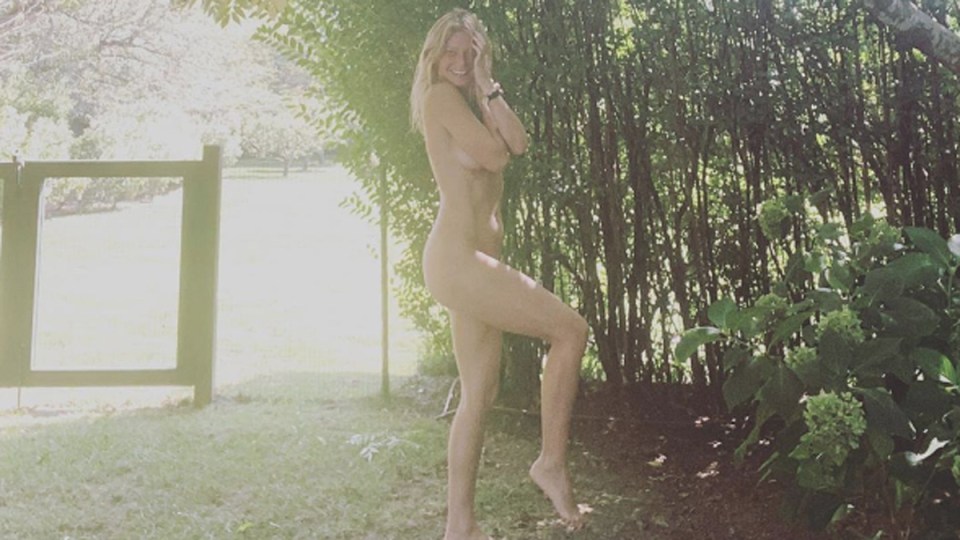 Gywneth Paltrow is shaking up the internet with this naked birthday shot. Photo: Instagram

Award-winning US actress Gwyneth Paltrow has celebrated her 48th birthday in an unlikely manner – posting a naked shot of herself to her Instagram.

“In nothing but my birthday suit today … thank you all so much for the birthday wishes,” she wrote.

The shot shows the American actress, with the Ironman franchise, Sliding Doors and Seven among her list of movie credits, standing on one leg, covering her breasts with one arm.

She praised a body butter from her lifestyle brand Goop for “making me think I can still get me my kit off”.

With more than 7.3 million Instagram followers, the racy shot received more than 700,000 likes and thousands of comments.

“You got it, flaunt it,” Campbell cheered, while friend and Friends actress Cox wrote “Happy Birthday! What a beautiful girl you are and inspiring in so many ways.”

“You are killing it tho,” the teenager added.

Earlier in September, Paltrow revealed – also via Instagram – how she keeps fit and healthy as she ages.

“Dealing with ageing is a multilayered experience,” she wrote. “I take good care of my skin, hydrate, and exercise.”

However, she also admitted that “sometimes a girl needs a little extra help”, using the post to promote an anti-wrinkle injection.

Paltrow also has a son, 14-year-old Moses Martin, from her marriage to Coldplay singer Chris Martin.

The couple divorced in 2016 and Paltrow married producer Brad Falchuk in 2018.

“This badass is 48 today. She makes pizza from scratch, is never late for cocktail hour, makes looking good annoyingly easy and never skips an opportunity to put an asshole in his place.

“She makes friends feel like family and family feel like friends. Trust me, she’s the best. Happy, happy, happy birthday, Beauty. I love you,” he wrote.

Falchuk signed off with a plea to her fans to register to vote in the upcoming November 3 US election. “She absolutely loves it when you VOTE!!”