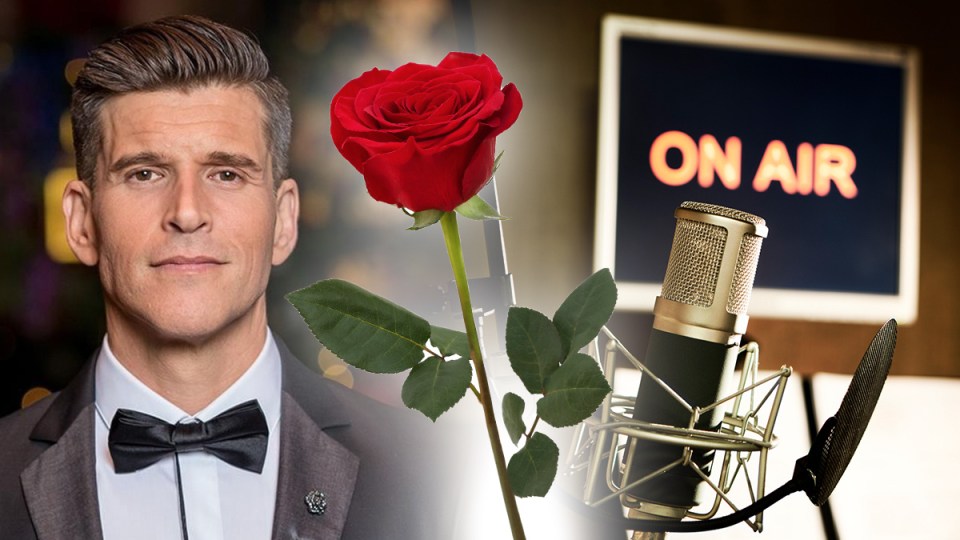 Osher isn't tuning in to any podcasts by former Bachelor stars, as he gears up to judge the best in the biz. Photo: Getty / Instagram / IMDB

Unlike the rest of us, Osher Günsberg won’t be indulging in any of the podcasting endeavours of The Bachelor’s former contestants.

As fans come to terms with Thursday night’s final episode, some of us have already started looking for our next Bachie hit, complete with insider commentary from some of our most beloved personalities.

But Günsberg has better things to do.

“And plus, I was there, I know what happened, do I really wanna hear someone’s opinion on what I already know to be true?”

Of course, no one would blame the 46-year-old for steering clear of any Bachelor-related critiques, particularly after this season’s snooze-fest.

Runner-up Bella posted a heartfelt tribute to her time on the show, following her televised rejection – Bella’s transformation from warm, caring lover into an ice-queen was one of few redeeming scenes fans were gifted this season.

I’m not entirely sure where to even start… When Locky told me he loved me and couldn’t wait to make me happy for the rest of my life, I believed him and trusted him whole heartedly. We connected on so many levels right from the beginning, some you saw, but most you didn’t. Having three months outside of filming completely changed the aspect of the show, it brought normality to the connection and we grew into what felt like a real relationship. Looking back; I’m proud of myself. I gave it my all, I was true to myself and I wore my heart on my sleeve. Whilst it’s not my fairytale ending, the laughs and the memories will last a lifetime. I want to say thank you to my on-set Bachelor family who were with me up until the very end, thank you for making me laugh through my endless tears that night. To everyone that supported me on this crazy journey, the people out there who don’t even know me but continue to keep the vibes positive and especially the people who got me through a few of the hardest moments, you know who you are, and you’re the real ones. I’m a firm believer that things happen for a reason and now was not my time, I’ll never stop being a hopeless romantic and I’m sure my happily ever after is still out there. Hopefully I don’t need to kiss too many more frogs 🐸✨

Gap in the airwaves …

Between hosting most of the nation’s best-rated reality and competition programs, Günsberg also runs two of his own podcasts, Better Than Yesterday and DadPod, the latter of which he co-hosts with Australian actor Charlie Clausen.

“And we just found a lot of the communication and conversation around fatherhood – well it really wasn’t much to be honest … All the baby podcasts were really about motherhood.”

“The other great thing is that Charlie and I, we don’t know what we’re doing, so every episode on DadPod we ask someone who’s further down the line than us.”

Alongside former Bachelorette, Georgia Love, Günsberg is gearing up to judge the Australian Podcast Awards, for which he has previously been a nominee.

“To be considered by your peers to be somewhat of an authority is a really big deal.”

@dadpodgram is back for Season 2! ⁠ ⁠ Thanks to the hundreds of people who joined us live on @twitch this afternoon – @charlie_clausen and I took some time out in the baby room to answer a few questions and discuss modern fatherhood to celebrate the launch of the new season. ⁠ ⁠ Search "DadPod" in your podcast app – and watch the whole green-screen mind-bender on @twitch. ⁠ ⁠ Music from @toehider #gotobed

His podcasts, Günsberg said, are about closing the gendered gap between self-help and mental health-based podcasts which have long been geared towards women.

“Its really quite evident that gender roles have been changing quite significantly over the last 20 or 30 years, and some parts of the media are yet to catch up.

“And thats okay, things take time and DadPod is a little part of that – just shifting the needle.”