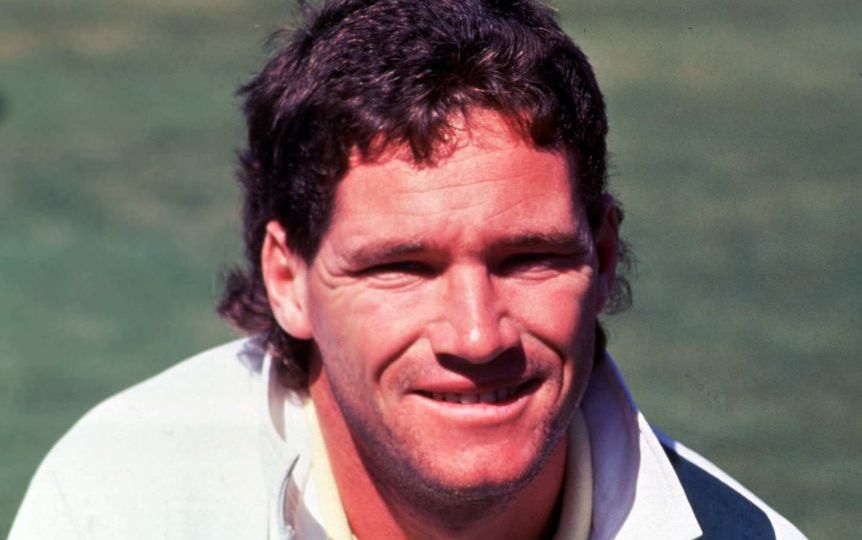 Lee, who was with Jones, spent half an hour trying to bring him back to life through CPR, but the Australian cricket great could not be saved. Jones died in India on Thursday night, aged 59.

Appearing on Star Sports India, where the pair have been commentating on the Indian Premier League, Lee paid a heartfelt tribute to Jones, describing him as “an absolute legend”.

“Firstly to his family and friends we send our condolences. It’s a real tough day for everyone, not only for his close mates … and the whole cricketing world in general,” Lee said on Thursday.

“What Deano would’ve wanted is for us to come out here in the dugout, get it done, have some fun for the game we all love.

“It’s pretty much the ‘Select Deano’ we call it. It’s Deano’s dugout tonight.”

His death has sent shock waves through world cricket.

Former New Zealand all-rounder and co-host Scott Styris recalled watching Jones “jog up and down the hallway” the morning that he died.

“That was his way of keeping fit because, of course, we are in the bubble here in Mumbai,” he said.

“Who would have thought merely a couple of hours later he had this heart attack or some sort of cardiac problem. It’s incredibly sad.”

He continued: “Deano was unbelievable at the Test level but his aggression at the one day level will be remembered forever.

“He loved his family, cricket golf and wine. I loved batting with him and he backed me and for that I will always love him.”

Jones had touched so many across the sport, whether as a teammate, opponent, commentator or in a coaching role with Afghanistan and in the Pakistan Super League.

Sachin Tendulkar, Virat Kohli, David Warner and Steve Smith were among others to post their tributes.

“A wonderful soul taken away too soon. Had the opportunity to play against him during my first tour of Australia.”

Inducted into the Australian Cricket Hall of Fame in 2019, Jones was a favourite of so many of the sports fans in the 1980s and early 1990s.

“Deano was a true legend of Australian sport and world cricket, one of the great players and personalities in a golden time for the game,” Australian coach Justin Langer said.

“His role in the team’s World Cup win in 1987 and the 1989 Ashes under AB (Allan Border) were a huge turning point for Australian cricket.

“We can only hope to make Australians as proud of our team as they were of Deano, he will be missed by the game and millions of people around the world.”

Steve Smith said Jones was a “wonderful player for Australia” who “will be missed” while David Warner lauded him for being a “pioneer of our game” who “changed the way we played”.

Best known for his swashbuckling batting in one-day cricket, Jones brought an attacking approach to the game where he was happy to take bowlers on.

His strike rate of 72.56 was brisk for its time, while he still maintained an average above 44.61 with seven centuries.

Jones attacked in the field and between the wickets, helping set the tone for the way the modern limited-overs game is played today.

But none of that should take away from the Victorians toughness in Test cricket.

After making his debut against the West Indies in 1982, he became a regular in 1986 when he produced what is still regarded as one of the grittiest performances by an Australian Test cricket.

His 210 against India in the 42C heat and extreme humidity of Madras was the stuff of Test folklore, as was the ensuing hospital trip where he required a drip.

“His 200 in Madras in 1986 was one of the greatest and most courageous innings of all time,” Langer said on Thursday night.

His Test career ended abruptly in 1992 when he was dropped from the Australian side. He played his last ODI in 1994 and stayed on with Victoria until 1998.

Later in life, Jones became a commentator and coach, fitting seamlessly into the media landscape while still having a strong influence on the sport.