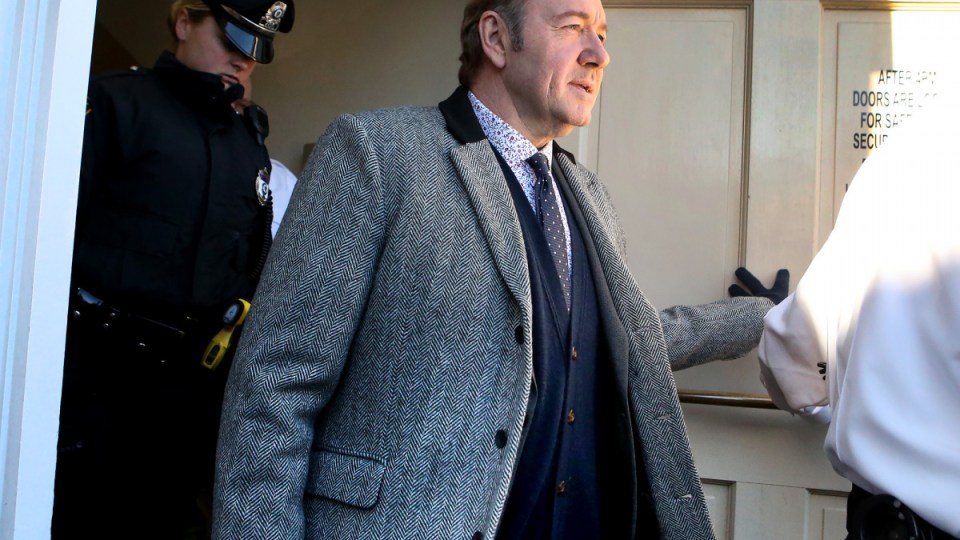 Oscar-winner Kevin Spacey has been accused in a civil lawsuit of sexual assault and battery in the 1980s by actor Anthony Rapp and a second, unnamed person when both plaintiffs were about 14.

The suit, filed in New York state court in Manhattan on Wednesday, refers to the same alleged incident Rapp first recounted in an October 2017 BuzzFeed interview that triggered Spacey’s fall from grace in Hollywood.

Spacey did not immediately respond to a request for comment.

The actor, who won Oscars for the films American Beauty and The Usual Suspects and a Golden Globe for the TV political drama House of Cards, has largely retreated from public life in the past three years.

Spacey in 2017 said he did not remember the encounter Rapp described but added, “If I did behave then as he describes, I owe him the sincerest apology for what would have been deeply inappropriate drunken behaviour”.

Rapp, best known for starring in the Broadway musical Rent, alleged in the lawsuit Spacey “engaged in an unwanted sexual advance” with him when he was 14, during a party at Spacey’s home in 1986.

Both men are seeking unspecified damages for emotional distress.

Rapp’s initial accusation, part of the #MeToo movement against sexual misconduct, led to Spacey being dropped from House of Cards and his scenes in the movie All the Money in the World were re-shot with actor Christopher Plummer.

The act gave people one year, later extended to two, to sue over sexual abuse allegations regardless of when they occurred.

“This lawsuit sends a strong message that no matter how wealthy, powerful or famous you may be you are not above the law,” Mr Saghir said.

Prosecutors in Massachusetts in 2019 dropped criminal charges against Spacey of felony indecent assault and battery involving an 18-year-old man in a bar in 2016.

Spacey had pleaded not guilty. The case was dropped after the alleged victim declined to testify.