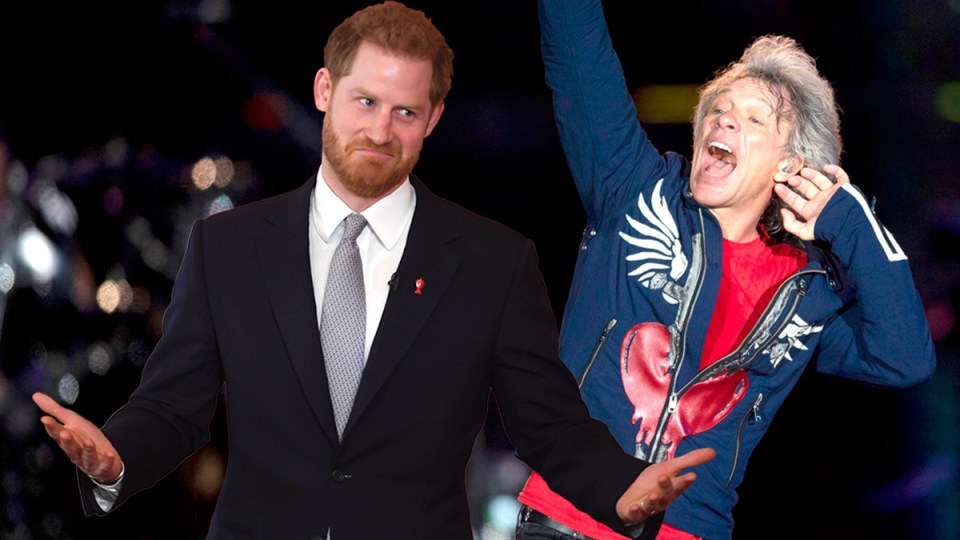 Prince Harry and rocker Jon Bon Jovi will work together on an event for the royal's Invictus Games. Photos: Getty

Prince Harry has used a mocked-up text conversation with rock legend Jon Bon Jovi to share more details about one of his final engagements for the royal family.

The Instagram video confirmed Bon Jovi will join members of the Invictus Games Choir to record a special version of his hit Unbroken – in the same Abbey Road studio famously used by the Beatles.

The prince, who founded the Invictus Games to help wounded veterans, will meet Bon Jovi at the studio.

Unbroken, written by the rocker to highlight veterans’ struggles with post-traumatic stress disorder, will be released in March. The royal family later confirmed proceeds from the song will go to the Invictus Games Foundation.

The Abbey Road event will be one of the Duke of Sussex’s last as a senior member of Britain’s royal family. He and wife Meghan Markle will formally step back from their royal duties from March 31.

The Sussexes have been living in Canada with their young son, Archie.

They are expected to return to Britain at the end of February. Planned engagements in their final month include a music festival at Royal Albert Hall and a Commonwealth Day service at Westminster Abbey on March 9.

Prince Harry is also expected to attend the London Marathon in April, where he is a patron. He will be joined by the Duchess at the Invictus Games in The Hague, Netherlands in May.

Meanwhile, Friday’s Instagram message from Prince Harry finishes with a final couple of last words. First Bon Jovi says it will just be him singing when the pair meet – to which the Duke snaps back:

“Don’t expect me to sing…BUT I’ll give it a shot!”