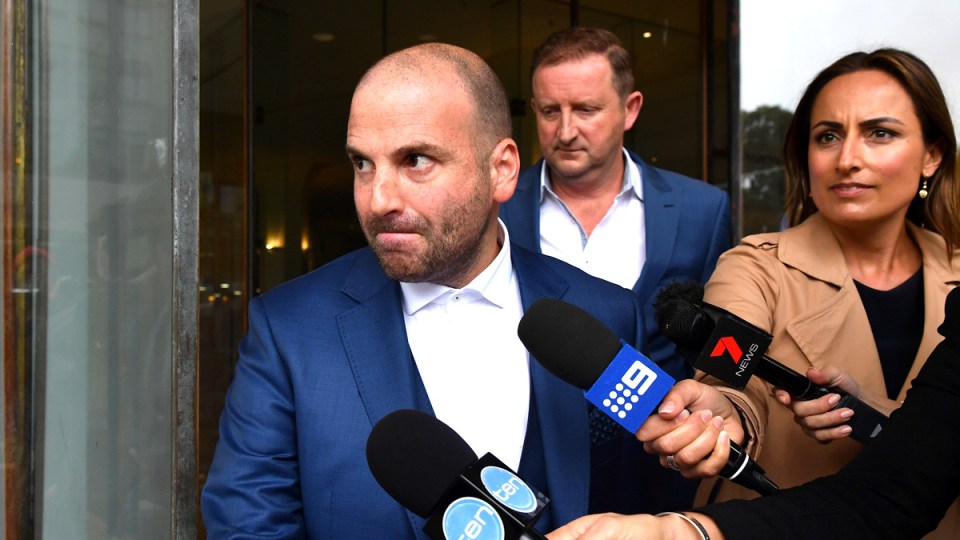 George Calombaris has placed his restaurant empire in the hands of administrators. Photo: Getty

Hundreds of workers blindsided by George Calombaris’s decision to place his restaurant empire into voluntary administration are at risk of losing jobs.

Wes Lambert, chief executive of the Restaurant and Catering Industry Association, said the collapse of the MAdE Establishment Group was partly due to the “heavy-handed enforcement” of pay rates and entitlements by the Fair Work Ombudsman.

Mr Lambert said the Fair Work Ombudsman’s “naming and shaming” of businesses that self-reported wage theft was partly to blame for the collapse of Calombaris’s empire.

“We would say that the negative publicity due to his [the ombudsman’s] naming and shaming certainly affected his [Calombaris’s] business on top of the perfect storm of bushfires, coronavirus and the overall cost of doing business increasing, year over year,” Mr Lambert told the ABC.

Mr Lambert said the Fair Work Commission was expected to announce another increase to the minimum wage and award rate soon, which would only further pile pressure on the industry.

“This is just going to add increased pressure to an industry that is already doing it tough based upon outside forces,” he said.

A “devastated” Calombaris has placed 22 companies in the hands of advisory and investment firm KordaMentha.

The decision came after it emerged last year MAde Establishment staff were back-paid $7.8 million in wages and superannuation in 2017.

Only four Yo-Chi outlets will continue to trade.

The appointment “follows declining trade across venues since the announcement of an enforceable undertaking with the Fair Work Ombudsman”.

The 12 restaurants and eateries to close their doors immediately include five fine-dining restaurants and seven Jimmy Grants souvlaki outlets. More than 400 employees will be affected.

The administrators insist employees have been paid outstanding wages and superannuation up to the date of KordaMentha’s appointment.

But the United Workers Union said it would support about 400 people at risk of losing their jobs, including ensuring they receive anything owed.

“It is devastating to see workers in this predicament,” national president Jo-anne Schofield said on Tuesday.

“We will be supporting our members to ensure their entitlements including any outstanding wages, annual leave and superannuation are paid.”

One worker has anonymously told the union they are “very angry” about what has unfolded, including having to learn of the business going into administration through an Instagram post from Calombaris.

“We haven’t been told anything,” the worker told the union.

“For workers like me this situation is really scary. I am on a temporary visa and I may have to go home if I can’t keep this job.”