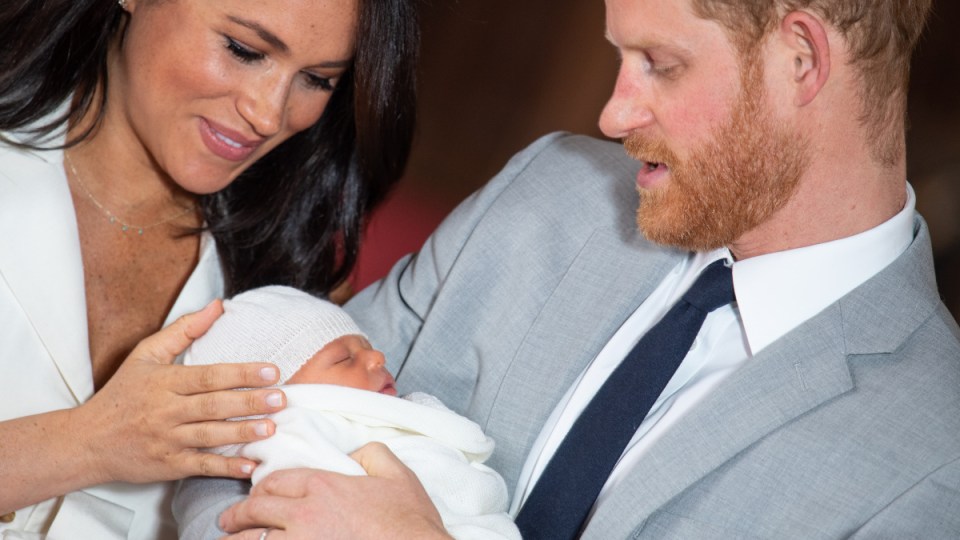 Royal babies, break-ups, meltdowns and a plethora of other highlights –  here’s the celebrity moments 0f 2019 that had us hooked.

Miley and Liam: Over and out

“I’m not perfect, I don’t want to be,” tweeted Cyrus, who soon moved on to another ab-tastic Aussie, singer Cody Simpson.

While staying silent, Hemsworth was linked with actor Maddison Brown.

Teflon tabloid target Karl Stefanovic will once again wake up with Today in 2020.

“I thought my time was up,” the “shocked” 45-year-old told The Sydney Morning Herald in November.

The Lazarus act came a year after Karl was dumped for a string of read-the-room stumbles.

He’s thrilled to be back in the chair, calling it “without question the best live TV job in Australia”.

The joyful May birth of the Duke and Duchess of Sussex’s son Archie was followed by unhappiness for the new parents, with controversy over christening arrangements, ‘woke’ politics and repeated private jet use.

But that was all happy days compared to Prince Andrew being exiled from public life for his tone-deaf BBC Newsnight interview, when he talked up his friendship with dead pedophile Jeffrey Epstein and showed zero sympathy for his victims.

To counter claims made by Virginia Giuffre that she had “disgusting” sex with the prince when she was 17, Andrew cited a pizza party, PDA aversion and an inability to sweat.

Lady Gaga and Bradley Cooper’s steamy Oscars Shallows duet, which ended with the two singing cheek to cheek at the piano, had the world convinced/hopeful the A Star is Born collaborators were real-life lovers.

Duh, that was the point.

“I mean, we made a love story. We wanted people to believe that we were in love,” the singer, 33, told Elle.

“We mapped the whole thing out.”

For those not keeping up, the reality queen turned law student won new fans when she donned a netball bib (“the outfit is a vibe”) to star in an Uber Eats ad with Kath & Kim’s Sharon Strzelecki (Magda Szubanski).

Whopping pay cheque aside, the commercial – which saw the mum of four order a “schnitty with chicken salt” proved she has a decent serve of self-effacing humour.

Said Szubanski, “She was totally up for it.”

Tonight, I'll be eating….. Making this Uber Eats ad for Australia was so much fun! The netball outfit is a vibe. #noice #ad @ubereats_aus pic.twitter.com/SgT7MQD2aW

But Loughlin and husband Mossimo Giannulli, who allegedly forked over $US500,000 to have daughters Olivia Jade and Isabella Rose designated as crew team recruits for a California university, pleaded not guilty to charges including bribery and money laundering.

They face up to 45 years in prison if convicted.

Before the airing of the final episode of Game of Thrones, the show’s star Kit Harington was fighting his own battle, admitting himself to rehab for stress and alcohol use.

In April, the actor told Esquire that he had a “full-on breakdown” after filming his final scenes: “It was this onslaught of relief and grief about not being able to do this again.”

Empire star Jussie Smollett claimed in January to be a victim of a Chicago racial and homophobic hate crime, but doubts soon emerged.

Police alleged Smollett paid two brothers to stage the attack to draw attention to himself.

He was charged, then those charges were dropped, and in April Smollett was sued by the city of Chicago for more than $150,000 in overtime pay spent investigating his case.

Last month he filed a countersuit for “malicious prosecution”.

OK, maybe it wasn’t a moment that actually happened, but a photograph from the G7 summit in France of Melania Trump making “bedroom eyes” at Canadian Prime Minister Justin Trudeau, captured the imagination of the internet.

The hashtag #MelaniaLovesTrudeau was soon trending and Donald Trump the punchline punching bag.

“Looks like even Melania is thinking of an escape plan to Canada,” one user wrote.

Another elegant offering? “Melania is ready to risk it all #Trudeau.”

Keanu Reeves had three projects this year— the third John Wick movie, Toy Story 4 and Ali Wong’s Always Be My Maybe— but his ‘Keanussance’ was driven by online obsession.

A video of him giving up his seat on the subway racked up 20 million views and fans noticed he respectfully doesn’t touch women when posing for photos.

Here’s to the celebrity moments to come in 2020.

Celebrity moments of 2019 from break-ups to babies and scandals