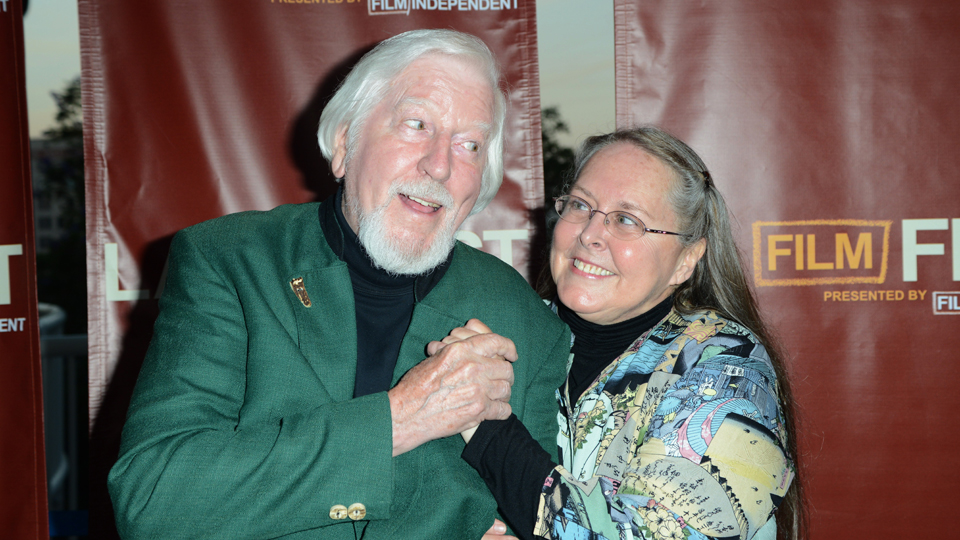 Caroll and Debra Spinney at the New York premiere of I Am Big Bird in November 2014. Photo: Getty

After divorcing his first wife Janice in 1971, Sesame Street puppeteer Caroll Spinney was depressed and suicidal.

The father of three’s job playing Big Bird and Oscar the Grouch was joyous, but his home life bereft.

Then in 1972, he met Debra Gilroy on the set of Sesame Street.

“I couldn’t believe Big Bird was coming up and talking to me,” she told the New York Times in 2018.

Since she was 21, Gilroy had been a secretary for Children’s Television Workshop, the non-profit organisation that produced the long-running US hit show.

She was sent to the studio by an employment agency, and when she arrived on the brutally cold Sesame Street set, she was freezing in her mini skirt and “little-nothing coat”.

With “tears running down” her cheeks, Gilroy thought, “I’m going to die here coming to this job”, she said in a 2016 interview.

But she fell hard for the company and said yes to the role.

Her first bemused conversation with the man inside Big Bird turned into a friendship that led to love, a recovery from Spinney’s mental health problems and a wedding in 1979.

Forty years later, Gilroy was by her husband’s side when he died at age 85 on December 8 at his home in Woodstock, Connecticut.

The couple never had children, but Spinney said in a 1998 interview his years with Gilroy were the “happiest” of his life.

He stayed close to his daughters Jessica and Melissa and son Ben, who gave him four grandchildren.

The couple’s home in Woodstock seemed “modelled after a house in a nicer Grimm Brothers fairy tale: A place where Goldilocks, after a little therapy, might learn about boundaries and co-exist with the bears,” the New York Times said.

It reported that the home included a roller skating rink and a secret passageway from one of the children’s bedrooms.

Spinney retired from puppeteering in 2015 but continued voicing Big Bird and Oscar until last year, when he retired amid a long battle with neurological movement disorder Dystonia.

“Big Bird helped me find my purpose. I feel I will always be Big Bird. And even Oscar, once in a while!” he said in a statement at the time.

“They have given me great joy, led me to my true calling – and my wonderful wife.”

The star was never a household name or face but was awarded four honorary doctorates, a lifetime achievement Emmy award, six Emmys and two Grammys.

“He helped shape and define Sesame Street from its earliest days,” said the Sesame Studio.

While Sesame Street introduced Spinney to his wife, it also gave him one of his hardest career times.

During a Reddit ‘Ask Me Anything’ session in 2015, a fan asked what his most meaningful interaction with a child during filming was.

“I got a letter from a fan who said his little boy, who was five years old, his name was Joey, he was dying of cancer. And he was so ill, the little boy knew he was dying,” Spinney said.

The father asked Spinney if he could phone his son, “tell him what a good boy he’s been”, and he agreed.

When the phone was hung up, the little boy smiled, “and he closed his eyes. And he passed away,” Spinney said.

“And I could see that what I say to children can be very important.”