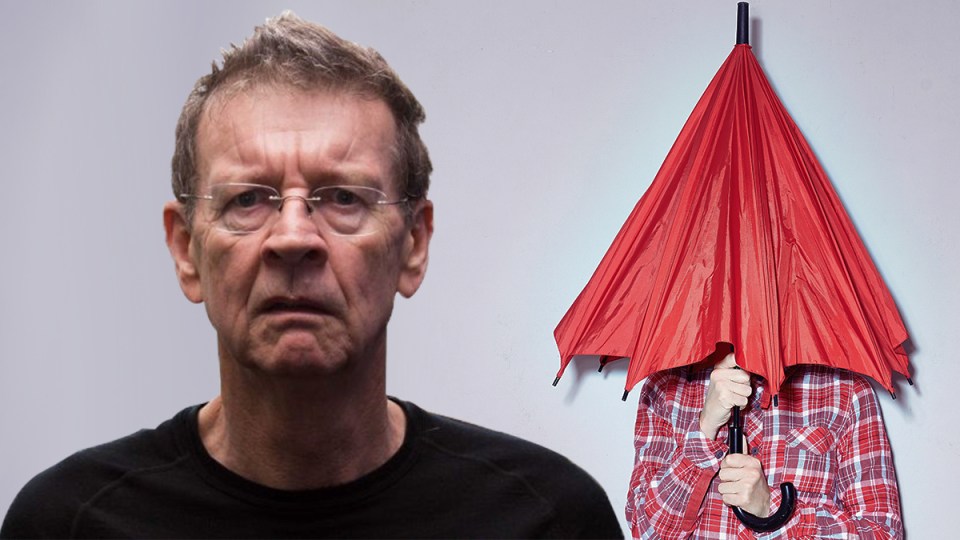 Red Symons has been a witness to all his uncomfortable moments. Photo: ABC/Getty

I would like to add my voice to the ranks of those who find flaws in my behaviour.

Yes. I was there in the first person. I was also there in the second person looking over my own shoulder, uncomfortably.

Twenty years ago, the band that I had played with 20 years earlier was meeting at our manager’s home to discuss how best to commemorate our singer, Shirley. He had died days before in a helicopter crash.

As we pulled up at the palatial enclave, there outside on the grass verge, awaited a journalist and a cameraman.

No doubt they were seeking a few sincere and heartfelt memories of the pivotal member without whom we would never have been elevated to the ARIA Hall of Fame.

I jumped from the car volunteering myself as the spokesman to deliver a short paragraph that I knew would be edited into a half sentence sandwiched between footage of the band “in happier times”.

I positioned myself, ready to address the camera, cleared my throat and thanked them for their response to Shirley’s demise.

“Without Shirley, we would never have….”

The interviewer looked uncomfortable and embarrassed.

“No. We’re here for Ted Mulry. He died yesterday.”

I slunk away corrected and chastened.

Several years later, my estimable colleague Mr Wilde and I were performing some musical theatre at the casino in Sydney.

When the curtain fell, we resolved to wander over to the annual ARIA awards, which were being held in a theatre just down the road.

We were filled with the evening’s energy from our show. We were keen to greet the winners that we had never met and congratulate them on the songs we’d never heard; vanity masquerading as camaraderie.

We had not been invited and found the venue to be surrounded by security guards.

“Let me handle this”, I proposed to Mr Wilde.

I selected the most muscular and authoritative guard and approached him, braced with the knowledge that our names were absent from the list.

Forcefully, I declared, “You have to let us in. We’re in the Hall of Fame.”

He smirked and we skulked in.

Then there are the little things I hoped that no one would notice.

My agent had a job for me.

It was a TV advertisement for suits that were machine-washable with your socks and underpants. It was for one week only, Perth only, with a modest but tolerable fee. No one will know, I thought.

The set was a shop in a mall, where I met the director, cameraman, audio technician and the lighting guy.

Whilst this looks good on paper it’s not so impressive when these roles are performed by one and the same person.

The ad itself was all shouting. “How Much Do You Expect To Pay? But Wait There’s More …”

A month later a friend arrived back in town from Europe with a brief stopover in Perth.

“I saw that TV commercial,” she said with a raised, accusatory eyebrow.

My current shame, however, is here and now on this page that you are reading.

At the head of this page, next to my byline is a dinkus.

A dinkus is a small photo of the writer conferring status in the same way that credits in movies do when declaring “Also Featuring” before an actor’s name.

Never before in history has a dinkus been animated. It’s not possible in print.

The seven-year-old me blinks.

To my shame, not a single reader has noticed. Maybe it’s imperceptible because it’s so small. I am reduced to pointing it out so that you will notice.

As an ignominious addition, you may well inform me that you’ve seen it years ago in some other publication.

Red Symons lays bare his greatest shames, and one gripe