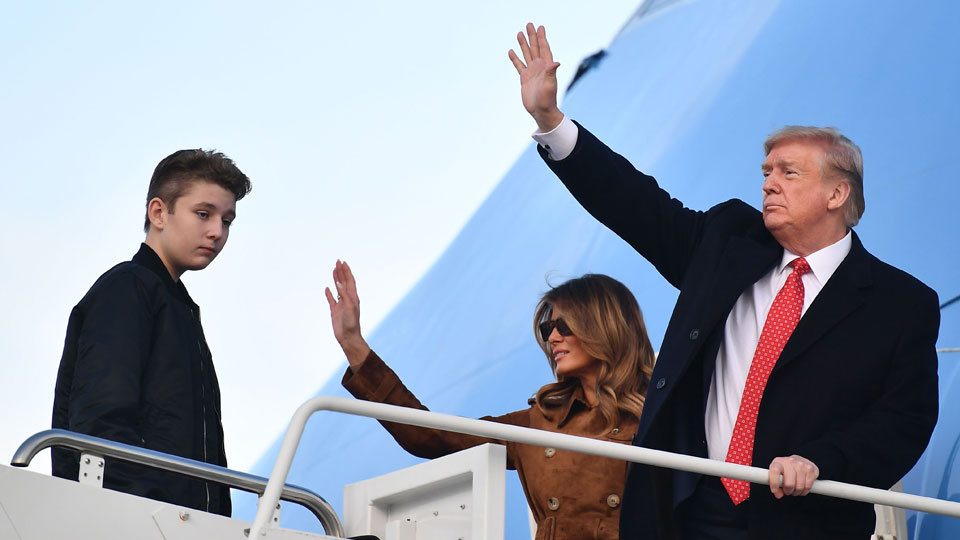 Melania Trump took to Twitter to lambast a witness at the impeachment inquiry hearing on Wednesday (US time) after hearing the expert used her son Barron’s name in her testimony.

In London with husband Donald Trump for NATO meetings, a fired-up Mrs Trump tore into Stanford Law School professor Pamela Karlan after she made an analogy about differences between kings and presidents.

“The constitution says there can be no titles of nobility, so while the President can name his son Barron, he can’t make him a baron,” said Ms Karlan.

An impeachment witness for House Democrats who supports Mr Trump’s impeachment, Ms Karlan later apologized for her remarks about the President’s son.

“It was wrong of me to do that. I wish the President would apologize, obviously, for the things he’s done that’s wrong, but I do regret having said that.”

Melania was not appeased in her short and sharp social media clapback, fiercely defending her 13-year-old.

“A minor child deserves privacy and should be kept out of politics,” she tweeted.

“Pamela Karlan, you should be ashamed of your very angry and obviously biased public pandering, and using a child to do it.”

A minor child deserves privacy and should be kept out of politics. Pamela Karlan, you should be ashamed of your very angry and obviously biased public pandering, and using a child to do it.

Until now, the First Lady has been publicly silent about the ongoing impeachment inquiry and investigation into her husband.

Making an appearance at an event in Michigan, Vice President Mike Pence also took aim at Ms Karlan, saying they represented a “new low” in the impeachment hearings.

“I just heard … one of the Democrats’ witnesses actually used the President and first lady’s 13-year-old son to justify their partisan impeachment. Democrats should be ashamed.

Melania’s Twitter followers were sharply divided over whether her move was maternal or political.

“Also, you know what is worst than having your name being mentioned as part of a hearing?” wrote one. “Being shot dead at school.”

“Minor children should be kept out of cages, but I don’t see you being appalled over that,” tweeted another. 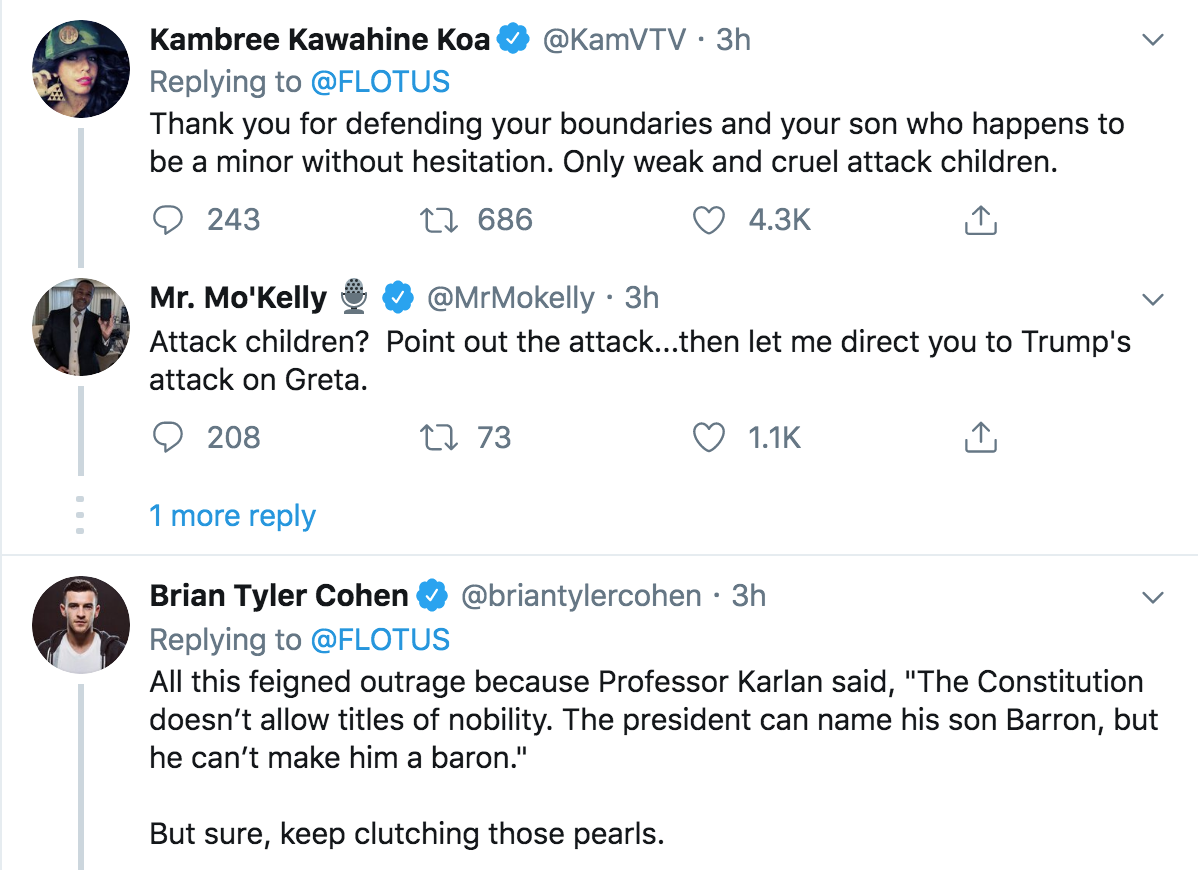 Despite it being a tradition in Washington to keep presidents’ children out of politics, Barron was criticized in August 2017 for wearing clothes which were too casual.

An op-ed in conservative blog The Daily Caller titled ‘It’s High Time Barron Trump Starts Dressing Like He’s In the White House’ said the then-11 year old’s J Crew t shirts and shorts were unacceptable for walking across the White House lawn after trips.

“His dad is always looking dapper and his mum has become a worldwide fashion icon since becoming first lady,” it said.

“The youngest Trump doesn’t have any responsibilities as the president’s son, but the least he could do is dress the part when he steps out in public.”

“It’s high time the media & everyone leave Barron Trump alone & let him have the private childhood he deserves,” she wrote.