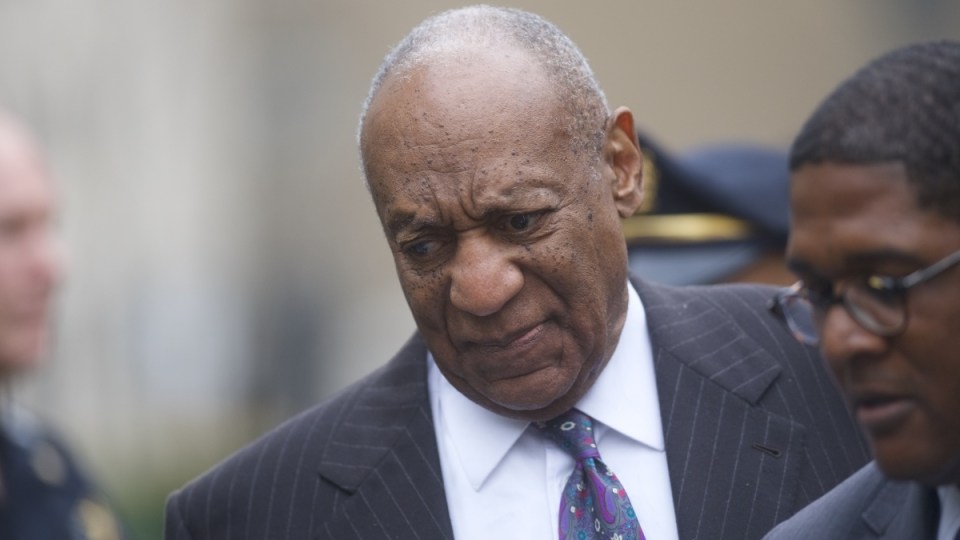 Bill Cosby says his 2018 conviction was a "set up". Photo: Getty

In his first interview since he was jailed in 2018 for aggravated indecent assault, the 82-year-old noted to BlackPressUSA.com he expects to serve the full eight years and nine months remaining of his sentence.

“When I come up for parole, they’re not going to hear me say that I have remorse,” said a “candid, vivid and outspoken” Cosby by phone during the exclusive interview.

“I was there. I don’t care what group of people come along and talk about this when they weren’t there. They don’t know.”

Cosby is serving three to 10 years for drugging and sexually assaulting former basketball player and coach Andrea Constand at his home in 2004.

Ms Constand reported the assault to police in 2005, but prosecutors declined to press charges.

The case was settled in a civil court a year later.

A decade on, dozens of other women claimed Cosby drugged and sexually assaulted them during his 50 years as a powerful Hollywood star.

Ms Constand’s case was the only one to result in a criminal trial because of statute of limitations rules.

After a new team of prosecutors took up the case, Cosby was arrested in December 2015.

His first criminal trial resulted in a hung jury before his conviction last April in what was the first high-profile celebrity criminal trial since the ‘Me Too’ movement began.

In a victim impact statement to the court and later made public, Ms Constand described Cosby as a friend and mentor who had betrayed her.

“During the assault I was paralysed and completely helpless. I could not move my arms or legs. I couldn’t speak or even remain conscious. I was completely vulnerable, and powerless to protect myself,” she wrote.

“After the assault, I wasn’t sure what had actually happened but the pain spoke volumes. The shame was overwhelming.

“I felt completely alone, unable to trust anyone, including myself.

“He robbed me of my health and vitality, my open nature, and my trust in myself and others.”

Cosby has denied all accusations against him, and in his interview he railed against the jury that found him guilty.

“It’s all a set up. That whole jury thing. They were impostors,” he told BlackPressUSA.com.

“This is political. I can see the whole thing.”

Cosby filed an appeal in June, calling his trial unfair.

If that appeal fails he expects to serve his full sentence, Cosby said in the interview.

He called the outlet back multiple times because of time restrictions on prison inmate phone calls, according to the story.

The former star of beloved 1980s sitcom The Cosby Show said his “spirit is up” in jail and called himself a “privileged man in prison”.

He works with black inmates via a prison reform program called Mann Up.

“I go into my penthouse and I lay down and I start to think, now how can I repeat the message, and say it and give it to them on Saturday … so that they will hear and feel things,” he said of his amateur counselling.