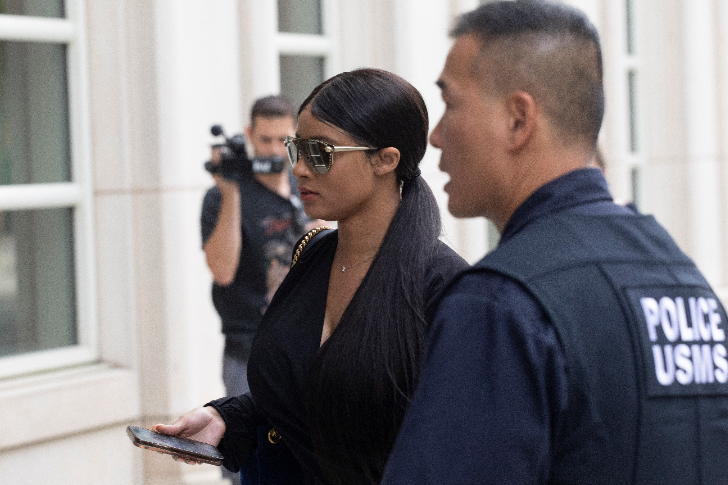 Joycelyn Savage arrives at a bail hearing for R Kelly in August, when she was still insisting he was innocent. Photo: AP

One of R.Kelly’s girlfriends has changed her tune, striking a harsh new note about the singer she formerly defended against multiple allegations of sexual abuse in three states.

Joycelyn Savage opened up about her experience, saying that she is a victim of his sexual domination and psychological torture.

Until recently, Ms Savage had been a loud proclaimer of Kelly’s innocence, saying that it was a gross injustice that he has been  behind bars since July.

Savage, 24, has now recounted how the pair first met, what their early relationship was like, and how it allegedly devolved into controlling and invasive behaviour.

She said the 52-year-old rapper flew her and a friend to California, promising that he’d help her realise her dreams of becoming a model and singer.

She says he told her he could help her become like the late R&B artist Aaliyah, who Kelly illegally married in 1994 when she was 15.

“Robert told me so many lies my 19-year-old mind believed everyone of one them,” she now says.

After a few months, Kelly began insisting that she always address him as “master” or “daddy.”

Savage’s accounts are very similar to other girls and women who have claimed Kelly abused them, particularly in the Lifetime docuseries Surviving R. Kelly.

Savage also wrote that he employed multiple assistants at his home. She says they never spoke to her, but watched her constantly, even as she showered.

Telephone calls to her parents were not allowed to occur in private, and Savage says she was sometimes told what to say.

“‘All this can stop today, you want a career?'” Kelly would allegedly ask her. “‘Or do you want to live a normal life?'”

In the past Savage has said that she lived with Kelly willingly, and that her estranged parents’ claims he’d brainwashed her were false.

Kelly has denied all claims of physical or sexual abuse and domestic violence.