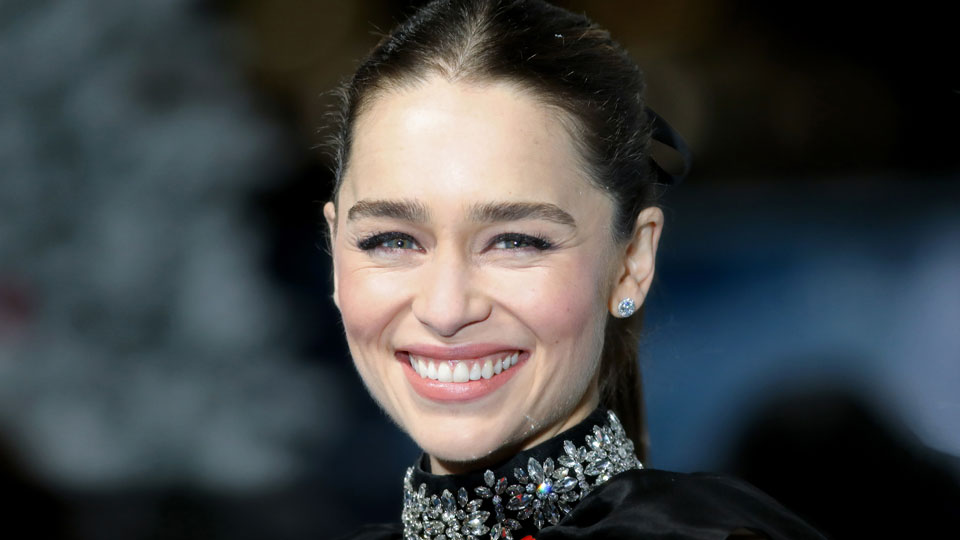 Emilia Clarke at the London premiere of Last Christmas on November 11. Photo: Getty

Emilia Clarke felt pushed to do nude scenes playing Daenerys Targaryen on Game of Thrones, but said one co-star always had her back.

Before playing the Mother of Dragons, she had only been on a film set twice, Clarke, 33, told Dax Shepard on his podcast Armchair Expert.

“It was definitely hard.”

But Clarke – nominated for four Emmy and six Screen Actors’ Guild awards for her role as Daenerys – said her feelings that nude scenes were “terrifying” changed over the 10 years she starred in the HBO juggernaut.

In the last series, she bared all with her screen lover (and nephew) Jon Snow, played by Kit Harington and also dallied with Daario Naharis (Michiel Huisman.)

“Now things are very different, and I am a lot more savvy with what I am comfortable with and what I’m OK with doing,” said Clarke.

Still, there were times the Last Christmas star was pressured to do nudity on Game of Thrones.

“I have had fights on set before when I am like, ‘No, sheet stays up.’ And they are like ‘You don’t want to disappoint your Game of Thrones fans’.

Clarke said she only realised there was “a f–k ton of nudity” in the show after she took the job and read the first season’s script.

“If it’s in the script, it’s clearly needed, then this is what this is, and I’m going to make sense of it, and this is my job, and that’s what I’m going to do, and everything is going to be cool.’ “

The reality was harder, she said, admitting that going into doing GoT, “I was in such another world of like, I’m floating through this first season. I have no idea what I’m doing.”

Clarke shared a number of sex scenes with co-star Jason Momoa, who played her husband Khal Drogo in the first season.

Daenerys was sold in marriage to the Dothraki warlord and some of his first marital overtures were less than romantic.

But when Shepard called some of Clarke’s early scenes “virtually rape”, she said Momoa “took care of me, he really did. In an environment where I didn’t know I needed to be taken care of”.

It’s only now, she said, “that I realise how fortunate I was with that, because that could have gone many, many, many different ways.

Aquaman star Momoa, 40, made sure she was given a robe to put on between nude scenes, and “cared about me as a human being”, Clarke said.

By the time her last nude scene for Game of Thrones was shot, “I was like, ‘I am owning this,” said Clarke, who survived two brain aneurysms during the show’s filming.

Emilia Clarke pushed into Game of Thrones nude scenes, but one co-star was her warrior