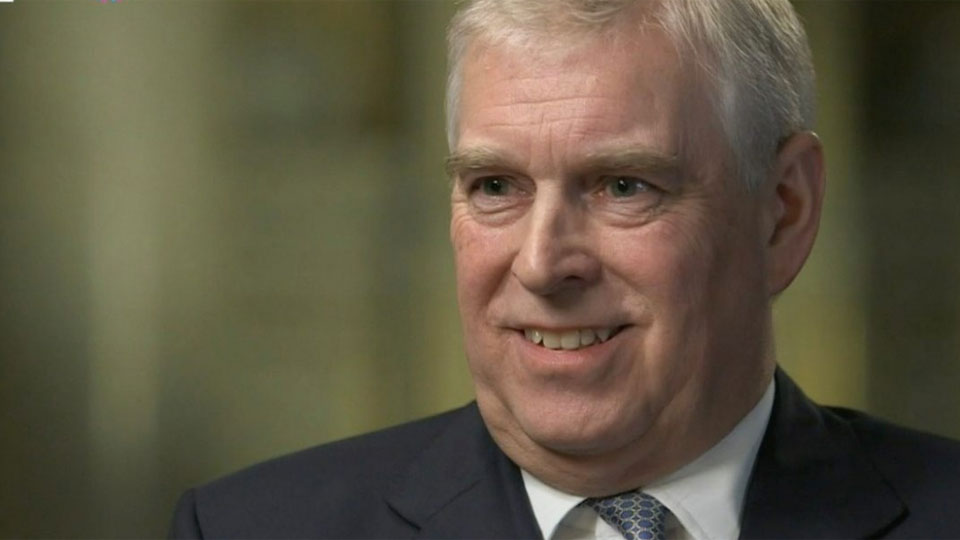 Prince Andrew described himself as "honorable" during his BBC interview on November 16. Photo: Twitter

Prince Andrew is facing fresh allegations about – to use his phrase – behaviour unbecoming of a royal, amid reports he used racist language in a conversation with a former political adviser.

The Duke of York is also facing growing calls to give a formal statement to American authorities, including the FBI, who are working to identify alleged human trafficking victims of late paedophile Jeffrey Epstein.

On Monday it was reported Andrew’s spin doctor quit over his decision to be interviewed on the BBC’s Newsnight.

Now the fallout from his appearance on the BBC to explain his friendship with Epstein and deny allegations of having sex with an under-age teen has extended to Andrew’s non-profit organisation.

Major accounting firm KPMG has pulled out of its sponsorship of Andrew’s mentoring program Pitch@Palace.

The controversy over the duke’s ties to Epstein is understood to have been a factor in the move, according to the BBC.

The duke made a racist remark during a 2012 meeting at Buckingham Palace, according to Downing Street aide turned columnist Rohan Silva.

Mr Silva said he asked the Queen’s son whether the government department responsible for trade “could be doing a better job”, according to the Evening Standard.

He claims the prince replied, “Well, if you’ll pardon the expression, that really is the [N-word] in the woodpile.”

Mr Silva said he left the palace “reeling at the prince’s use of language”. The newspaper quoted sources who categorically denied the allegation, saying “the duke did not say that.”

Meanwhile, a second organisation is considering its future association with Andrew.

Outward Bound Trust – of which the duke is patron – has announced it will hold a board meeting in the next few days when members will discuss the issues raised in the controversial BBC interview.

And a student committee at Huddersfield University, where Andrew is chancellor, has voted on a motion to lobby the duke to resign. The result of the ballot is to be published later this week.

Old photographs also surfaced in the UK’s Daily Mail and Mirror seemingly showing the senior royal looking wide-eyed while dancing – and sweating – during a party with US socialites.

Fair play to the Mail, which has taken Prince Andrew's claims that he didn't "party" and "can't sweat" and found pictures which show him sweating at parties https://t.co/8ZxpXuhrW6

The snaps were unearthed after claims made by the prince to Newsnight about his medical history and personal behaviour.

Epstein ‘sex slave’ Virginia Robert, now Giuffre, alleged to 60 Minutes on November 10 she was 17 when she danced with Andrew at London’s Tramp nightclub in 2001 before being told “I have to do what I did for Jeffrey for Prince Andrew”.

The prince said he could not recall ever having met “this lady” and denied having sex with her: “It didn’t happen”.

Prince Andrew has "categorically" denied having any sexual contact with an American woman, who says she was forced to have sex with him aged 17

Ms Giuffre, who lives in Australia with her husband and children, told 60 Minutes  she remembered Andrew from the night in 2001 because he “sweats a lot and he smells funny”.

He rebutted Ms Giuffre’s recall of his body odor with a medical explanation.

“I had suffered what I would describe as an overdose of adrenaline in the Falklands War … it was almost impossible for me to sweat,” Andrew claimed.

The prince did agree an infamous photo of him with his arm around Ms Giuffre – Epstein’s alleged procurer Ghislaine Maxwell in the background – is “definitely” real.

Another of Epstein’s alleged victims has also urged the duke to tell US authorities everything he know about the disgraced financier.

“Prince Andrew, and any others who were close to Epstein, should come forward and give a statement under oath on what information they have,” the woman, calling herself Jane Doe 15, said at a news conference with her lawyer Gloria Allred.

On Monday, she became the latest of more than a dozen women to sue Epstein’s estate, saying in her lawsuit that he subjected her to a “vicious, prolonged sexual assault” at his New Mexico ranch when she was 15.

Prince Andrew could sweat over fresh scandal as supporters step back