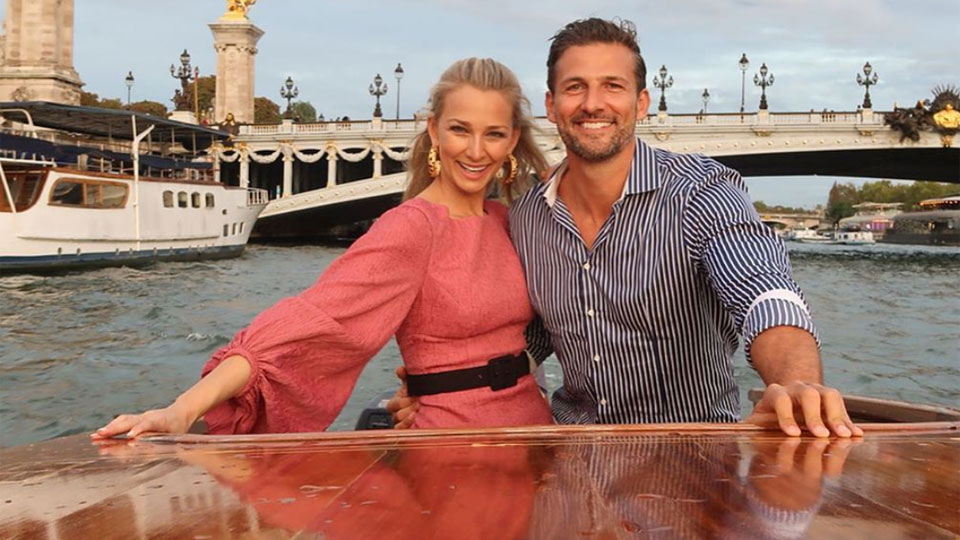 The upsetting We Didn’t See This Coming news that The Bachelor 2019 leading man Matt Agnew has split with Chelsie McLeod months after pledging TV love has us worried.

On November 1 they were together, but less than three weeks later, this:

These past six months since filming have been a very unique experience. Chels and I have made some beautiful memories together that I’ll always cherish, and I wish her nothing but the absolute best. However, it’s with a heavy heart that I write this. For Chels and me, our relationship hasn’t translated from filming to the real, every day world as we had hoped. Chels is a very special woman and I want her to find the happiness she deserves.  For those who may wonder if there’s someone else for me right now, there absolutely is not. It’s no one’s fault, it’s just life.

The Matt and Chelsie split is a wake-up call. Time for a welfare check.

Best to start with ‘couples’ goal’ couple Tim Robards and Anna Heinrich, who married last June in what was described as “a stunning Italian wedding”, as opposed to your more unpleasant Italian wedding.

At this point, The Bachelor 2013 pair is smashing it, even though Anna posts more shots of her husband than he does of her.

They’ve survived duelling work pressures (can you imagine how hard it is to keep things going when you have no kids and stacks of money?) and divine smart Anna having to play second banana to Kyle Sandilands on Trial by Kyle.

Sometimes the best presents 🎁 are someone else’s… hey Anna? Haha my beautiful wife surprised me with a Venetian boat ride and a bottle of Champagne 🥂 at sunset just for the two of us! Magical! 🇫🇷 #Paris

The only black mark is they have refused thus far to give into various media requests for them to have a baby.

From Sydney to Melbourne & back again ✖️Just in time for my cousins wedding. #wemadeit @mrtimrobards

Another raging success story is Snezana and Sam Wood, who have been inseparable and not put a foot wrong since she won his heart on The Bachelor in 2015.

Sam became an instant stepdad to Snez’s daughter Eve from a previous relationship and now has two more girls, Willow and Charlie.

If home life is like being backstage at the Tivoli, he’s showing no signs.

The “crazy little family” seems as just as outrageously happy as they are photogenic, with recent posts showing them kicking back at Byron Bay, exercising and showing off their mum and dad bods.

If you’re the jealous type, look away now. Dr Love, your work here is done.

Georgia Love and Lee Elliott … how are you tracking?

Fine, judging by The Bachelorette 2016 leading lady’s Instagram which shows after spring races they hit up Europe, then Hobart.

Matty J chose Laura Byrne as his gal in 2017’s The Bachelor and looks like he knew what he was doing.

I was slightly worried at the time he wasn’t worthy but am happy to conclude – I hope my husband isn’t reading this – I was wrong.

So loved-up are the pair that they’re now a trio, thanks to the June arrival of daughter Marlie-Mae.

Our first family holiday! Oh how things have changed….. We have been smashing the tea and are in bed by 9:30. London you’re a proper good time ❤️ Outfit @nextofficial_au #sharewithnext

Kid aside, Matty J and Laura still totally heart each other.

The old ball and chain

Ali Oetjen chose that guy whose name I can never remember when she was in charge of giving out the roses in The Bachelorette in 2018.

In fabulous news, Ali and Taite are going great guns.

Their social media accounts show they’re still not just together but that also Ali hasn’t run out of inspirational messages yet.

Collecting every moment 💫 The best things in life are the special moments, not things. In the end that’s all we’ll have, we exist in moments 🌏 #present #inthemoment #capturethemoment #twocaptains

Swipe across <<✓✓✓ : When you have a killer workout and notice you have pumped shoulders 😂😂😂 Over the last year we both have been training so hard. I have taught Ali about body sculpting, how to feel the muscle whilst completing the movement. It sounds silly to some but once you can feel the muscle you are targeting you will find your training go to a new level. #fitness #training #sculpting #

“Thank-you for fighting for us and knowing what we have was real and pure from the very beginning. I love you my Noh Noh,” Angie posted on November 15.

Carlin one-upped his girl with a cool video montage of them horsing around. Watch for the piggy back squat, and feel all the feels.

Life is so much brighter with this girl ✨

Maybe reality TV contestants really are in it for the right reasons.