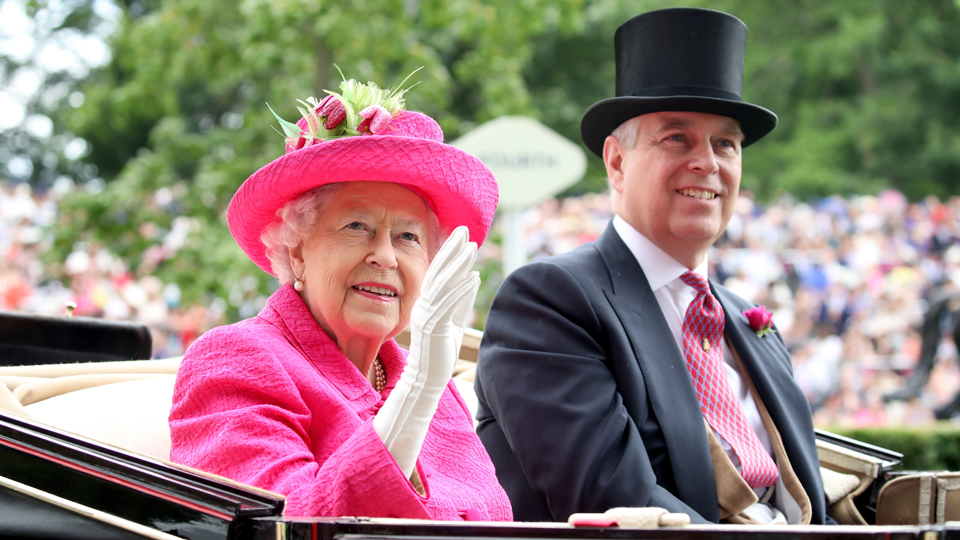 Prince Andrew with his mother the Queen. There are reports she will pay some of his multimillion-dollar sex abuse settlement. Photo: Getty

The fallout from the bombshell Prince Andrew BBC interview continues, with reports his PR adviser quit his role at Buckingham Palace two weeks ago.

Jason Stein, 28, was hired as Andrew’s spin doctor in September to repair the senior royal’s public reputation after he was linked to the Jeffrey Epstein investigation.

He resigned after just four weeks because he believed the Newsnight sit-down could backfire and urged the duke not to do it, according to The Sunday Times.

A palace source said the 49-minute interview, screened on Sunday morning (Australian time) would “go down as one of the single worst PR moves in recent history”.

Mr Stein urged the Duke of York not to agree to the BBC’s request for the interview.

His preferred strategy was that Andrew draw attention to his charitable works and do two print interviews to commemorate his 60th birthday in March.

Aides to the Queen and the Prince of Wales reacted with “incredulity and alarm” to the duke’s decision, according to a source.

Prince Charles, who is touring New Zealand with the Duchess of Cornwall, viewed it as “highly misguided.”

But Amanda Thirsk, the duke’s private secretary, urged him to do the Newsnight interview, according to the Times.

Andrew has been accused by Australian woman Virginia Roberts Giuffre of having sex with her three times when she was a teenager.

He thinks his sole mistake is that he stayed at the late pedophile’s New York mansion in 2010 after Epstein was jailed for child sex offences, according to palace insiders.

“He is frustrated and exasperated by the whole thing,” a royal source told the Times.

“He thinks the whole thing is unfair.”

The Duke of York has spoken for the first time about his links to Jeffrey Epstein and the allegations against him: https://t.co/TT80kDIpGU

The duke should have been more contrite, the source said.

“Saying you ‘let the side down’ isn’t good enough. People expect you to actually repent.”

Two days after it screened, the duke’s interview is still creating headlines with more of his answers being raked over by the UK press and on social media.

Towards the end of his session with Emily Maitlis in a darkened room at the palace, Andrew said he regretted that Epstein had “quite obviously conducted himself in a manner unbecoming.”

Maitlis questioned whether “unbecoming” was the right description: “He was a sex offender.”

“I didn’t sweat at the time because I had suffered what I would describe as an overdose of adrenalin in the Falkland’s War when I was shot at.”

Prince Andrew disputes claims he had a sweaty dance with a woman who made allegations against him https://t.co/gfKvOEFG9p #Newsnight pic.twitter.com/7ZKscPB5lX

The duke tried to distance himself from Epstein by saying “it would be a
considerable stretch to say he was a very, very close friend” yet he felt ending their friendship in 2010 required a face-to-face meeting.

Andrew stayed with Epstein in New York for the break-up discussion because it was “convenient” and would have lacked courage if he had ended their relationship by phone, he said.

“I took the judgement call that because this was serious and I felt that doing it over the telephone was the chicken’s way of doing it. I had to go and see him and talk to him.”

He admitted the disgraced billionaire was invited to Princess Beatrice’s 18th birthday party months after being charged with sexual assault of a minor.

“He came to that party knowing police were investigating him?” Maitlis asked.

“I’m not quite sure, was it police? I don’t know, you see; this is the problem, I really don’t know,” Andrew said.

He insisted the Queen played no role in his decision to cut things off with Epstein, saying he consulted staff, friends and family before deciding to “go and see him and I had to tell him ‘that’s it’.”