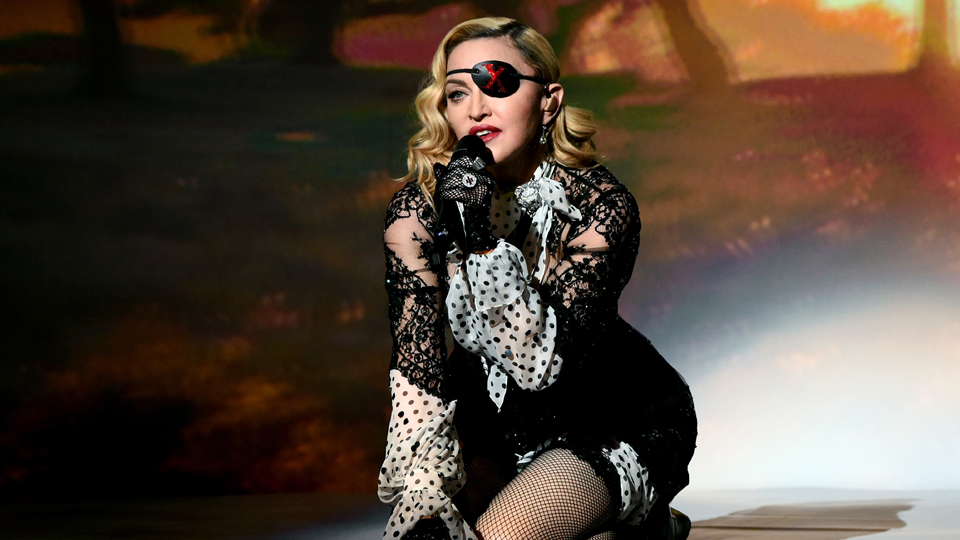 Madonna goes all 'slow down Papi' on us at the Billboard Music Awards on May 1. Photo: Getty

Swinging her legs atop a piano, Madonna told fans there “is something you all need to understand” during her concert in Las Vegas on November 7: “A queen is never late.”

The unsought life advice came after the star was booed by some fans when she came onstage two hours late – starting at nearly midnight – when some in the crowd were reportedly asleep.

So confident was she in her stance that Madonna, 61, posted a video to Twitter a couple of days later with the same message, labelling it ‘F.A.C.T.S’.

But it didn’t go over exactly as planned, with replies from fans venting about her being late for other shows and her “condescending and alienating” attitude.

One (former) fan feels so strongly he’s betting the law won’t be on board either.

Fed up Florida man Nate Hollander is suing Madonna over late start times to her concerts.

Mr Hollander has filed a lawsuit in Miami-Dade County court against the singer and her tour promoter, Live Nation. He claims a change in start times for her Madame X Tour is a breach of contract made between the singer and the ticket buyer.

In August when he spent $1495.81 on three tickets for Madonna’s December 17 show in Miami, the scheduled start time was 8.30pm.

But last month Madonna and Live Nation pushed that back to 10.30pm for several shows including the one Mr Hollander has tickets to, his suit alleges.

He says he doesn’t want to go to the concert anymore because it’s too late, and claims a refund has not been offered.

Reselling is “impossible”, he says, because tickets have now “suffered an extreme loss of value” because of the time change.

Madonna’s own twin daughters, Stella and Estere, 7, found grown ups to hang with while mom went to work:

Getting ready to bring the heat in San Francisco 🔥🔥🔥 ……………….. #madamextheatre #goldengatetheatre #estere #stella

Madonna’s signature move is being late for concerts. In March 2016 she was four hours late to an intimate circus-themed Melbourne showcase.

That show was supposed to start at 8.30pm but the singer finally showed at 12.50am, telling fans she wasn’t making money from the tour because she had to pay late fees in so many countries.

While the Twitter reaction to her post showed fans across the country have been put out by Madonna’s tardiness on her current tour, Vegas was apparently the public’s tipping point.

“The guy next to me was snoring louder than her songs and a lot of people were chanting for a ticket refund …” one attendee tweeted.

“It was a disaster.”

The late start was apparently so aggravating that, according to Wonderwall.com, more than 500 refunds were issued after the show.

“We were at the Las Vegas show on Thursday – we were told to arrive no later than 9.30 – we all sat there for 2 1/2 HOURS before she came out, wrote one fan.

“Then … no apology … said it was OUR fault for arriving so early. Condescending & alienating all night long. Why??? RIP to our EX-queen,” wrote one cross fan.

Others arked up, saying Madonna is less queenly and more a “selfish narcissist”: 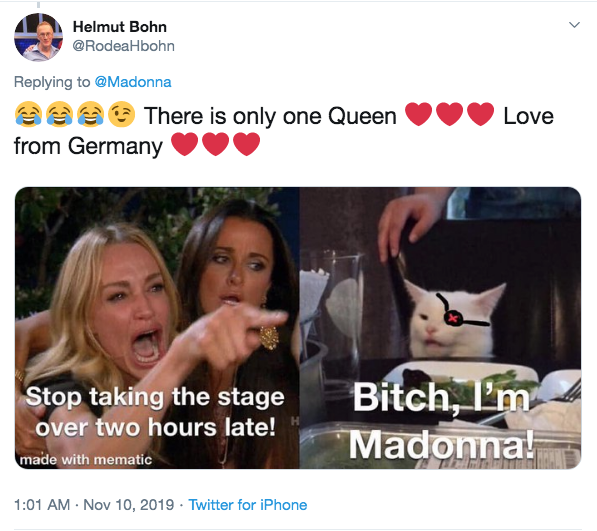 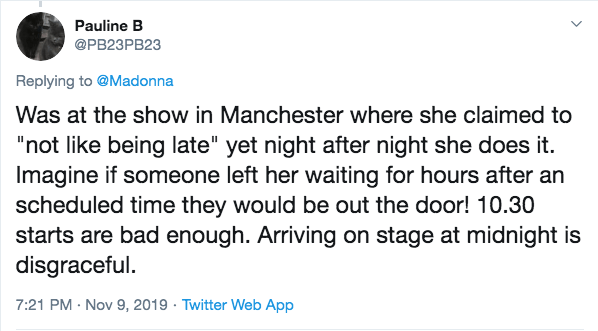 But Madonna had supporters:

“I’ve been to 6 Madonna concerts and she’s usually Always 2 hours late.  I don’t mind because it’s worth it But there’s [sic] seems to be other issues with this show!”