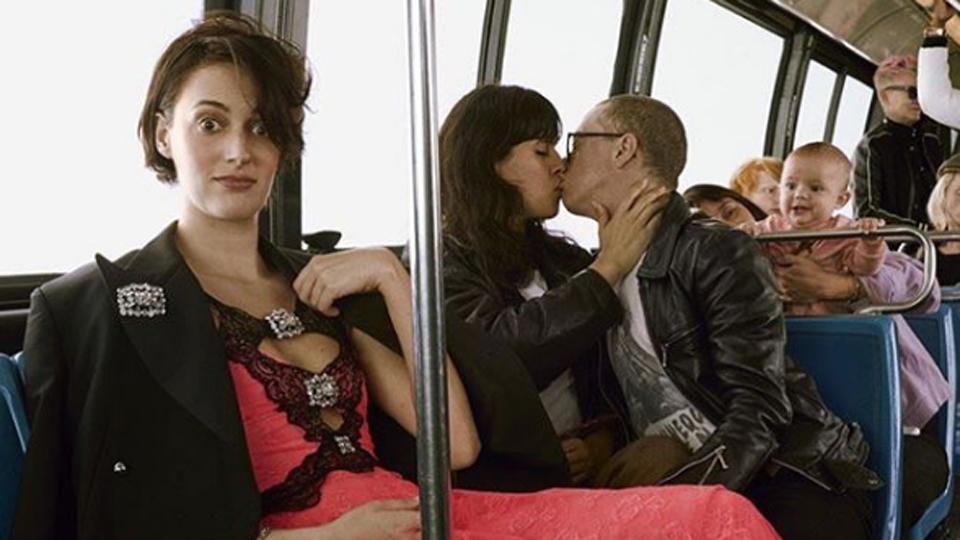 Phoebe Waller-Bridge (in US Vogue) thinks she wants kids but is busy writing for Amazon, herself and the next Bond movie. Photo: Instagram

Phoebe Waller-Bridge is writing a feature film based on an idea that hit her like a “bolt out of the blue” just after she finished her Emmy winning hit Fleabag.

The British star, who in September signed a $28 million a year deal with Amazon to develop programmes, has kept plot details about the new movie on the down low but wants to direct and will probably star in the “very strange” project.

Seems the writer and actress can handle anything all at once – ageing, maybe having kids, choosing a signature drink – if a wide-ranging interview for the December issue of US Vogue is a good gauge.

Waller-Bridge not only shared snipped about her private and personal lives but rowed capably on a New York lake and insisted on going to the bathroom as a team with the magazine’s reporter. “Are you still recording?” she asked in the loo.

“Anything I can sing or say?”

Phoebe Waller-Bridge is our December cover star! Tap the link in our bio for the full profile. Photographed by @ethanjamesgreen, styled by @tonnegood, written by @laurenzcollins, Vogue, December 2019.

With the UK general election five weeks away, the It Woman revealed her politics – she’s “proudly not a Tory” – and said while she’s hugely interested in clothes like her favourite Bella Freud navy velvet suit, “I maintain the right to leave the house looking like shit, in my pajamas.”

For lunch with Vogue, she wore sneakers, pleated brown pants and a Woody Woodpecker tee shirt and revealed she’d prefer a daily uniform.

“I find dressing really stressful, just that decision every day,” she said. “You want to just Steve Jobs it.”

The 34 year old also told Vogue she “thinks” she wants to be a mother.

Dating Golden Globe winning playwright Martin McDonagh, 49 (Three Billboards Outside Ebbing, Missouri) since her marriage to director Conor Woodman ended in 2017, Waller-Bridge “loves hanging out” with “good” kids but is still on the fence about a family of her own.

“I don’t know. It’s weird. I love kids,” she said, but “there’s so much happening” apart from potential parenthood.

“I guess I’ve become quite a see-what-life-throws-at-you kind of person. I think I would like to”. She added she’s shy talking about her private world: “I’m much braver in my writing life.”

Fleabag saw Waller-Bridge’s character plough through any number of sexual experiences and men including a kiss with Kristin Scott Thomas and affair of the heart with a hot priest.

But in real life she thinks women don’t “freely” share romantic travails with their friends when they hit their 30s because they’re more significant that younger romances when “stakes” are low.

“Then you choose someone who is in some ways going to define your life, and is probably defining or moulding who you grow to be because you’re with him all the time,” Waller-Bridge told Vogue.

The dual Emmy winner, who created Killing Eve and was roped in to jazz up the new James Bond movie, has a theory about ageing and self-knowledge.

“’I think the first half of your life, you’re trying to find out who you are, and you’re kind of knocking yourself against things, and testing things the whole time, to help kind of sculpt yourself,” she said.

‘Then later, when you’ve got as close to sculpted as possible, you’re like, Don’t touch anything, in case it changes me.”

She said she fully supported a friend sharing the post-Emmys photo of her which made headlines because she was gloriously louche, head tipped back, smoking and nursing a drink in a Monique Lhuillier gown.

What does the world’s hottest writer/star drink?

“The gimlet came into my life about a year and a half ago,” Waller-Bridge told Vogue.

“I have really always wanted a cocktail that you order with total confidence; you know, that thing that you order and everyone’s like, Holy shit, she knows what she’s doing with her entire life.”

Phoebe Waller-Bridge on cocktails, kids and why women stop talking about their love lives